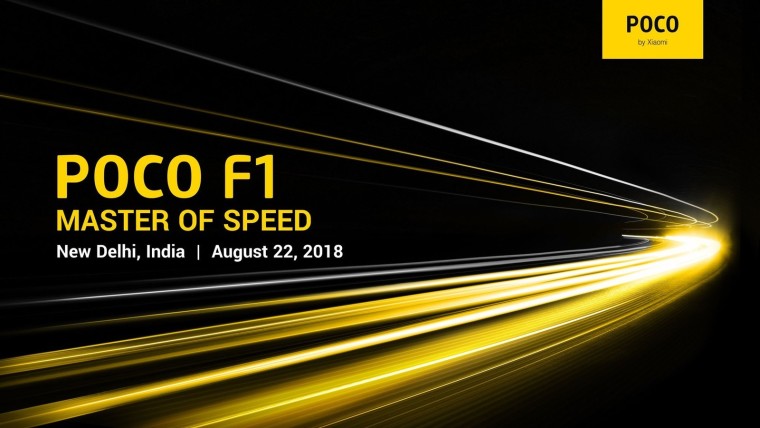 Last week, Xiaomi announced a new sub-brand for its mobile phones, POCO. The POCO brand is to be a small outfit within the China-based firm that focuses on building affordable flagship style devices to counter the trend of ever-ballooning flagship prices in the smartphone industry.

"POCO is all about making a powerful smartphone with the technologies that truly matter," POCO's PM Jai Maini said on Twitter last week. Not content with PR statements of debatable meaningfulness, the firm is now putting its money where its mouth is. POCO today announced that it would be launching its first smartphone -- the POCO F1-- in India on August the 22nd.

The F1 has been leaked over the past month and is rumored to come with a Snapdragon 845, 8GB of RAM, 128GB of Storage, a 4000mAH battery, a 20MP front facing camera and USB Type-C connectivity. Like most modern Android smartphones, it will feature a notch for a mostly full-screen display. For this phone, Xiaomi is sticking with its distinctive MIUI interface rather than the stock Android it delivers with its Android One products.

Xiaomi isn't the only smartphone manager to deliver high-end products at a relatively low price, HMD Global, Huawei's Honor Sub Brand and OnePlus among others have been working on delivering powerful handsets for reasonable prices. Xiaomi will have to share more about what makes its POCO F1 distinct from these efforts next week.