Apple has been trying to get away from its past by making moves to distant itself from certain companies, such as removing Google in favor of using Bing as their default search provider. In a recent decision, the company chose to use The Weather Channel, which also offers an app for Windows 8, to power the Weather app for iOS 8, instead of the current service provided by Yahoo. 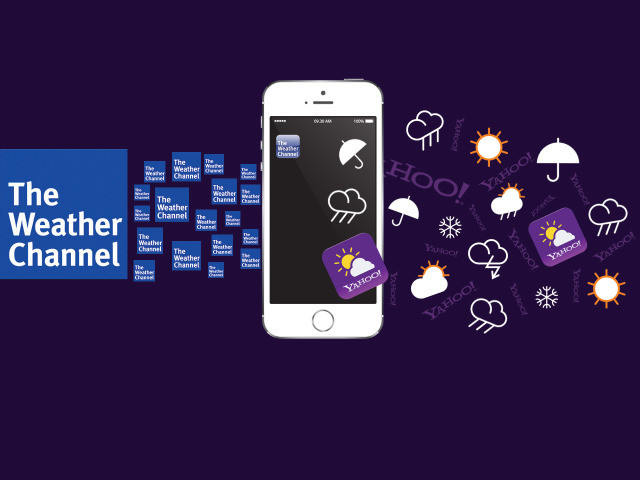 This revelation came from the ex-Yahoo board member and Weather Channel CEO, David Kenny, who has been developing the app for iOS since he became in charge of the Weather Channel.

Yahoo has been using the Weather Channel to provide its data for the current weather app, so this move will effectively cut out the "middle man" and allow Apple's Weather app to bring users an improved experience with more relevant information like an extended forecast. Although, this move by Apple may not just affect the Weather app. Swisher speculates that the company may even stop Yahoo from providing data to its Stocks app, as well.