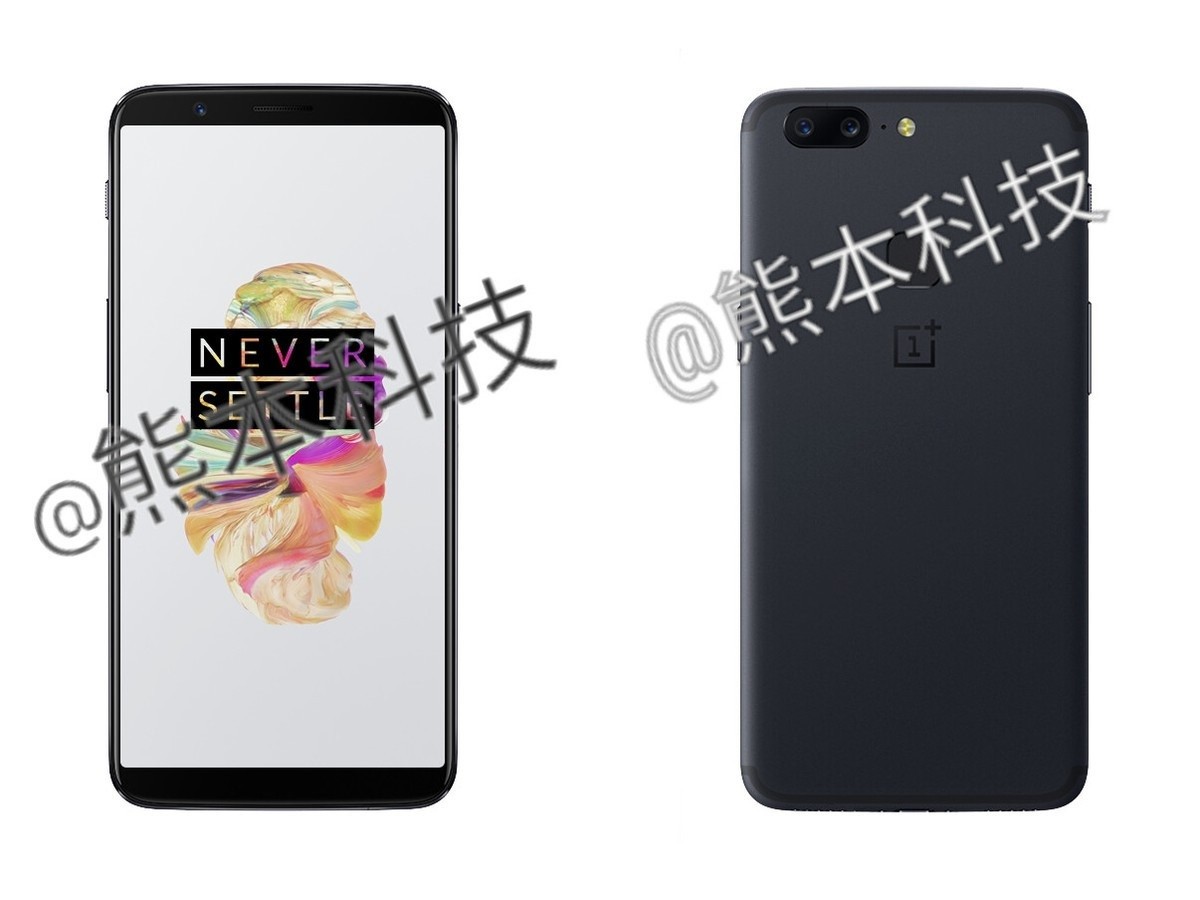 The OnePlus 5 was officially announced in June but we're already seeing rumors about the launch of a new device from the Chinese manufacturer dubbed OnePlus 5T. Over the past few weeks, we've seen multiple press renders of the alleged handset, giving us a glimpse of the design.

Recently, another press render appeared on Chinese micro-blogging website Weibo. If you take a close look, the render looks quite similar to what we've already seen in one of the leaked renders before. The edges are not too round, and there's a "Never Settle" wallpaper on the device -- the company's slogan. Furthermore, the image above also hints at a dual-camera setup on the back, along with the fingerprint sensor just below it.

Rumors suggest the device will ship with a 6-inch display which has an 18:9 aspect ration and a resolution of 2160 x 1080 pixels. Other rumored features include a Snapdragon 835 processor, 8GB RAM, and 64GB internal storage.

You should take all this with a pinch of salt, as the images aren't coming from an official source. This could be the real deal, but we won't bet on it until it comes from OnePlus. There's no word about the official availability or pricing details of the handset.