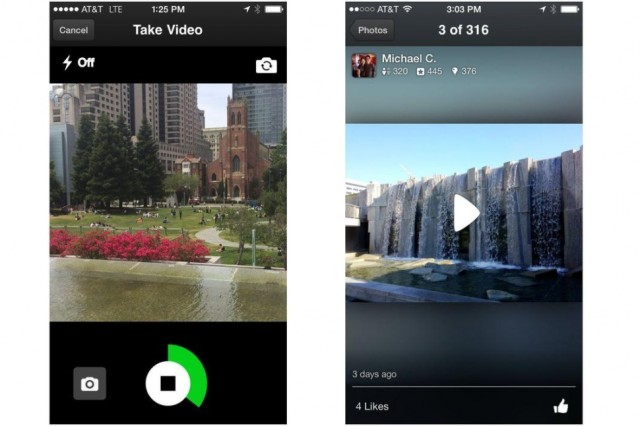 Yelp has rolled out a new feature to the iPhone version of its popular online review app today: the ability to leave short, 12 second video reviews for any business or location with a page on the website. Users can utilize the new feature, which is presented in a format similar to Vine videos, to give a visual of the business, or even leave a short review. The video feature comes in handy if you spot a stray cockroach skittering into the kitchen, or a waiter spitting in someone's food, but it's also useful if you want to depict the positive aspects of a restaurant or business in visual format -- like a comforting lack of stray cockroaches and spitting waiters.

Yelp says the feature will be rolling out to Android soon, but for now it's only available to iPhone users. According to Yelp's official blog, the online review service hopes that users will use the new feature to help others who want to try out the same restaurant by "conveying the atmosphere of a business, which helps others anticipate their experience before stopping by."

There's no word on just how much this will increase the occurrence of joke videos masquerading as legitimate reviews. but Yelp's content flagging system can easily handle anything an amateur director armed with an iPhone can throw at it.