Reddit announced today that users can now post any content from the social networking platform to Snapchat organically with a new integration between the two companies. The fresh capability is available only on Reddit's iOS app for now. 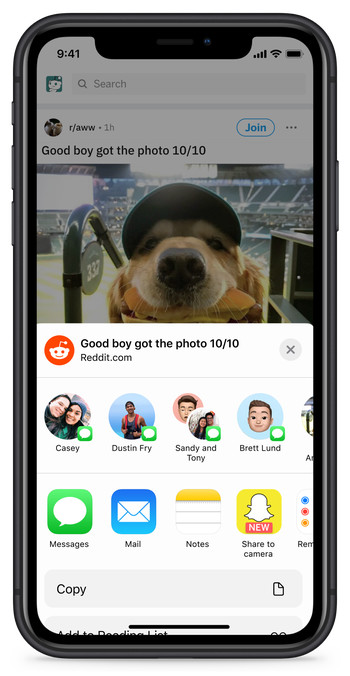 To get started with the new sharing feature, simply tap the usual "Share" icon on the Reddit app and then select Snapchat from the list of options. This applies to images, texts, or link posts, which you can choose to either share with a limited number of friends or add to your Story to be visible to everyone.

“Snapchat is the first platform partner with whom we’re testing a content sharing integration, and we’re excited to see how the feature will shape the sharing habits and experiences among our users. We hope the integration empowers redditors to share Reddit content more frequently, while simultaneously exposing new users to the unique content only found on Reddit.”

Since Reddit contains a wide variety of content, some of which may violate Snapchat' community standards, Snapchat is allowing content you can share only from the "Safe for Work" communities and communities in good standing. In the future, the sharing capability will be rolled out to Android users as well.