YouTube has long been included in the modern history of the Internet and over time, the site has been open to several design changes that enhance the user experience. It would appear however that the site, which is owned by Google, is currently testing a new design which represents a departure from the traditional layout. 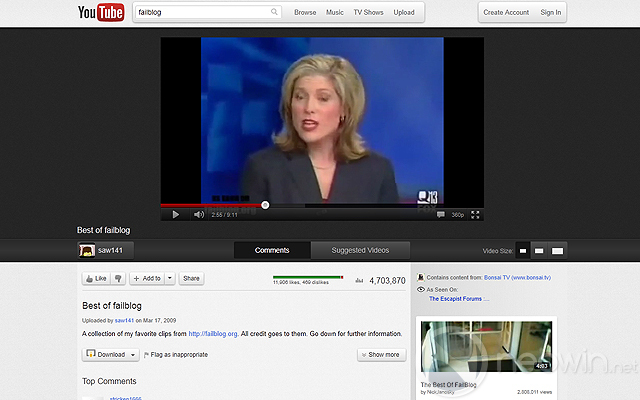 The new design can be found at the site's TestTube section, which is named Cosmic Panda and has a distinctly darker theme that users may opt into trying out. While there are many adjustments that have been made in the new design, there are several features which have primarily contributed to the overall shift in focus. Firstly, the site layout and graphics have changed which means for most at least, there will be a better viewing experience thanks to bigger video thumbnails and a darker background. Furthermore, YouTube has paid particular attention to changing the layout and information displayed on a user's channel page as seen below.

YouTube has essentially offered a greater set of tools for uploaders to customize their channels by having the option of more layouts available to choose from. More so, there is now a community tab which displays the latest social information relevant to that channel, with an appearance that is reminiscent of several social networking sites. Amongst other new features such as selecting the video size, thumbnails have been increased and indeed introduced into the video comments area.

When the design is planned to be made the default theme for the site is unclear, but for those that are keen to try out the design, YouTube are offering users the ability to provide feedback in a method that is both interactive and easy. It is interesting to note that there are several alterations to the design which are familiar to the new theme Google is rolling out to all of its services, specifically Google+. This update represents Google's efforts to achieve a similar brand image among its most popular websites.