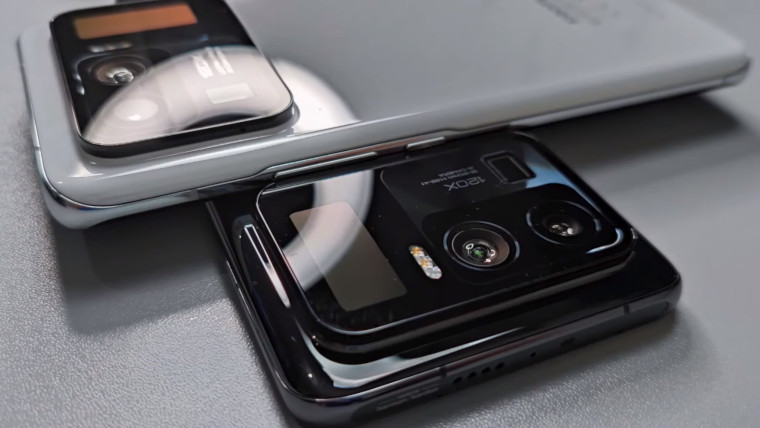 A Filipino YouTuber, Tech Buff PH, recently revealed the Xiaomi Mi 11 Ultra in a ten-minute video (mirror) before setting it to private. A white and black version of the device was shown off and interestingly it comes with a small display by the rear cameras which lets you see what’s happening on the display, helpful if you want to take a selfie with the rear cameras.

The alleged specifications of the Xiaomi Mi 11 Ultra, according to the video, are as follows:

The Xiaomi Mi 11 launched in China at the end of December with similar specifications including the Snapdragon 888 chipset. It arrived in international markets earlier this month with a price of €749. If a Xiaomi Mi 11 Ultra is released, it will likely be upwards of this price due to the rear display.

If you like being able to lay a phone down flat, the Mi 11 Ultra definitely is not for you. The rear display and camera are elevated quite a way up from the phone enough so to be noticeable when placing the device on a surface. According to XDA, the phone is not expected to launch this month but the fact that it has appeared on YouTube may suggest that we’ll hear more soon.