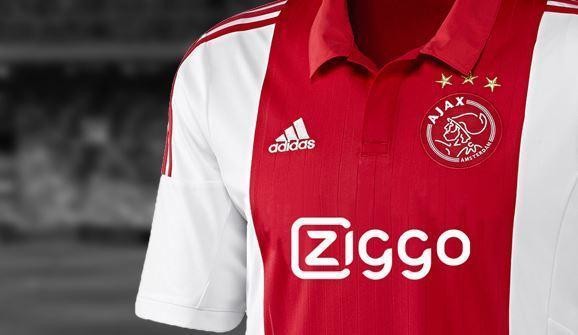 On Friday morning Dutch cable provider Ziggo announced that they have entered into a sponsorship deal with Amsterdam based football club, Ajax worth 10 million Euros ($12.3M USD, £7.83M). The deal means that their name will grace the football shirts of the current champions of The Netherlands from 1 January 2015 for a period of four years. The team, which have won the past four successive league titles, is a hot commodity, but also not without some fierce rivalry of other top clubs in the small country and Ziggo subscribers have let that be known on Twitter.

Translated: "Ziggo sponsor of Ajax? That means money from me to the club. Cancelling then!!!!"

Ziggo customers displayed their dissatisfaction at the deal by jamming customer services lines demanding to end their contract with the firm. In just a few short hours the provider has now decided to stop answering calls of that nature, opting to phoning the customers back sometime next week instead.

The above tweet says "I'm NOT paying toward #020" which is the call code of Amsterdam and widely referred to as Ajax by rival fans, the tweet also links to #boycotziggo which has yet to start trending as of this writing.

Time will tell if Ziggo, which currently is the largest cable operator in the Netherlands, providing cable television (digital and analog), broadband Internet, and telephone service to around 2.7 million customers will really start to feel the effects of this decision.

Does whatever company who sponsor a rival sports team affect your decision to stay with them? Let us know in the comments below.