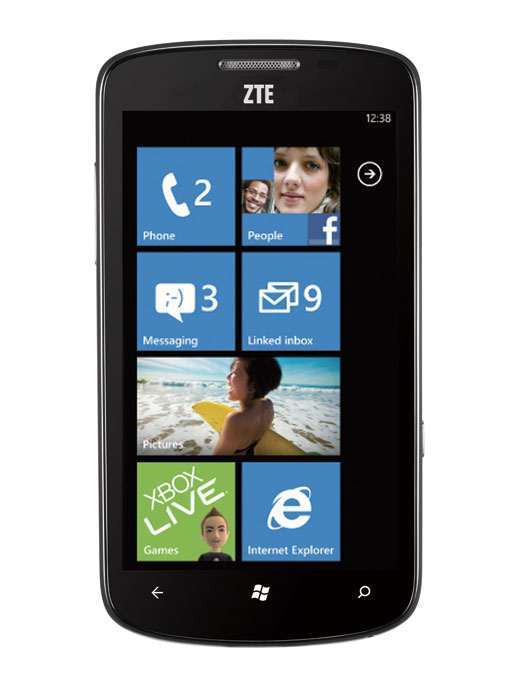 ZTE doesn't have much in the way of market share in the US smartphone industry, compared to Apple, Samsung or Motorola. However, the Chinese-based company plans to make a bigger push in the US market and one of its plans will bring the Windows Phone-based ZTE Tania to North American shores.

News.com reports that ZTE's North American head Lixin Cheng has confirmed the Tania, which is currently only sold in China and the UK, will be released in the US sometime before the end of 2012. There's no word on which wireless carrier or carriers will sell the Tania.

While iOS and Android phones may be most popular, Cheng told News.com he actually prefers Windows Phone to Android. He stated, "In my personal experience, the iPhone, of course, has a well-polished user interface experience. And then Windows, and then Android."

He also admitted that Microsoft was a bit too strict with its Windows Phone hardware requirements at first. The company wanted higher end hardware inside the phones which led to some issues with ZTE's plans for low-cost phones. Cheng said that Microsoft has since loosened its restrictions and allowed smartphone makers to make lower cost phones.