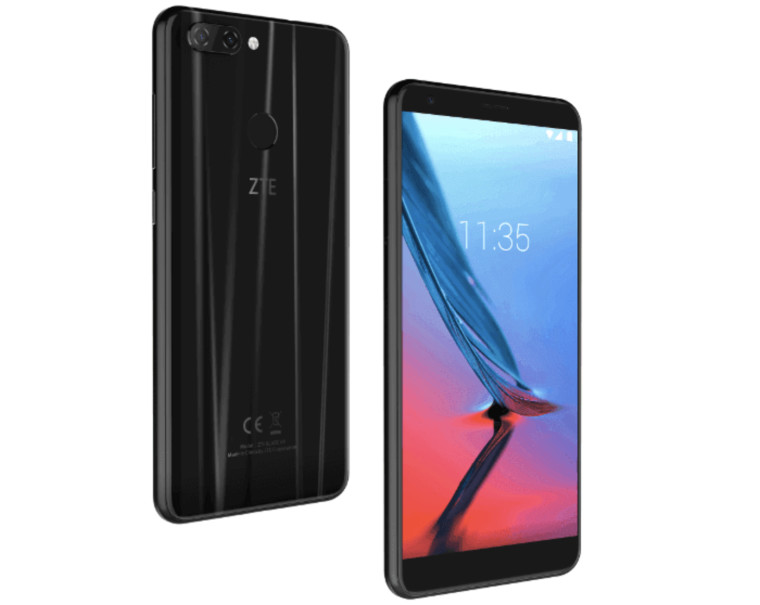 It was a little over a year ago that ZTE debuted its Blade V8 Pro to the world during CES 2017. Since that time, the firm has offered up different iterations in the Blade line, and now it could be releasing the Blade V9 during the upcoming Mobile World Congress (MWC).

According to Android Headlines, the smartphone, like many in the Blade series, will be an affordable model, that will offer a good value for its price. As you can see from the image, the handset's design won't be anything unique, looking similar to other mid-range handsets on the market. It will have a 5.7-inch 1080p display with an aspect ratio of 18:9 and will be powered by a Snapdragon 450 processor. As far as RAM and storage options, there will be plenty, with the Blade V9 coming in a 2GB, 3GB, and 4GB RAM configurations, along with 16GB, 32GB, or 64GB of internal storage. Luckily, the phone will have a microSD slot that will allow room for expansion.

The rear of the device will pack a dual camera setup, making use of 16MP and 5MP sensors, while the front-facing camera will be a single 13MP unit. Surprisingly, the Blade V9 will run Android 8.0 Oreo, and will also have a headphone jack. There currently isn't a concrete price but luckily we won't have to wait long, as Mobile World Congress is only a few weeks away.