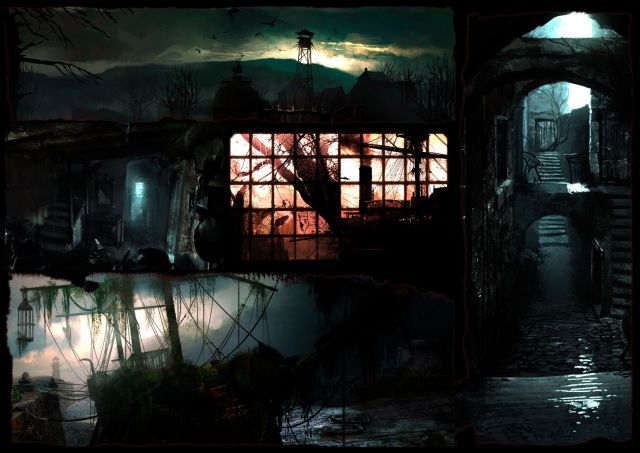 In October 2010, Bethesda Softworks announced it had acquired Tango Gameworks, a newly created Japanese-based game development studio formed by Shinji Mikami, the famed originator of the Resident Evil series. Both the developer and publisher have been quiet about what they have been working on but on Wednesday, Bethesda finally gave a few details about Tango Gameworks' first title.

Not surprisingly, the game will be a survival horror game with the code name "Zwei". In a post on Bethesda's blog, Tango Gameworks talks a little about the game, as well as showing a collage of some of the game's locations:

The above image is a collage of different environments we put together for this announcement and is intended to give a feel for the tone and the direction the production is taking. (However, neither the code name nor the image is intended to tell you exactly what is in the game.)

As a master of the ‘survival horror’ genre, Shinji Mikami is committed to making a game that is the realization of pure survival horror, an experience which he defines as one that pushes the limits of fear and exhilaration. He and his team at Tango are committed to attaining this vision.

No release date or game platforms have been announced yet for "Zwei".