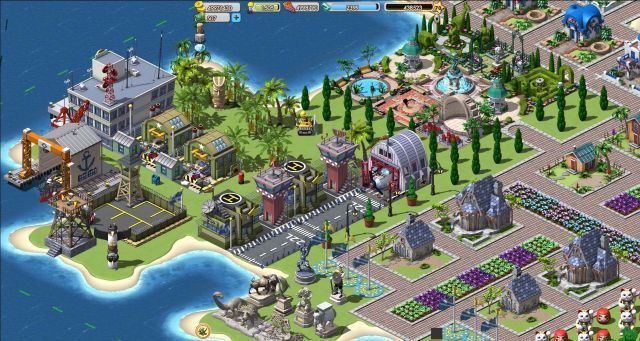 Facebook-based game developer and publisher Zynga has yet another massive hit game on its hands just a few weeks after its official launch. Venture Beat reports that Empires and Allies, the first game from the company that's about strategy and combat, has now reached the 30 million registered player mark. It reached that milestone just 17 days after the game's official launch on June 1. According to AppData, the game is bringing in 2 million new players a day.

The game itself was something of a new direction for Zynga which in the past has had huge success with games that are all about building and sharing such as FarmVille, FrontierVille and CityVille. Venture Beat states that CityVille curently has about 90 million registered players while FarmVille, which reached its peak in 2010, still has a whopping 42 million players. Overall Zynga has 267 million current registered players of its many games.

As the article points out all of these new players bodes well for Zynga's near-certain plans to go public with an IPO filing expected any day now. The company said that back in 2010 it generated $850 million in revenue with $400 million in profits. It's also been on a game developer buying spree, acquiring several small companies in the past year. Zynga now has about 1,300 team members, many of which have come from traditional game publishers like Electronic Arts and Sony Online. At the moment the company is said to be worth $10 billion but that could rise when and if the IPO launches.