Google, I know what you're up to, and why Apple doesn't like it.

TL; DR: Google wants a way to separate from Java, and stop the mad lawsuits that it has been haunted over the years. They know that by pushing JavaScript, they could slowly phase out the programming language while taking advantage from their cloud services they’ve started providing (Firebase).  Apple does not like that, because it could affect one of its most precious revenue streams, the Apple Store. Microsoft supports this, as they have Azure and is already allowing Web Apps to be part of their store.

I know many of you are not web developers. And some of you who are, may or may not have heard about a recent term called Progressive Web Apps (PWA). Progressive Web Apps is a term Google coined back at 2015 (I’ve lost the video which I saw it). In short, it’s a web application (website) that can do the following:

There is something that started to smell fishy a week ago. Last week, Google had its Progressive Web App Summit (which was rebranded a couple of months ago from Google Developer Summit). In there, they started evangelizing the concept of Progressive Web Apps. They started unleashing a myriad of information and facts: from “how to build it” to how much “conversion rate users had” when using a PWA. They even presented an application from Konga, Nigeria (African Country) that showcased all these improvements. The questions are… Why Konga? Why now? Why not before? We publicly saw most of the browser vendors assisting to the event… except one, Safari (Apple). Although they are famous for not attending any conferences, the reason behind it makes me wonder a lot. After giving it some thought and remembering a couple of online posts, it became clear. The reason why Apple does not like to go to web events and the reason why Google is pushing PWA is the following:

Google has been having serious problem with Android. Or to be more precise, with Java. They are really tired of the legal disputes they’ve been having with Oracle all this time. Fortunately, they managed to evade the near $9 billion dollars in damage that Java’s parent was trying to advocate. There has been rumors of Google trying to use Swift, now that it has become open source, as an alternative to Java.  This would save Google billions in lawsuits and headaches. Nonetheless, such change could create anarchy in the development community (Android purists). Therefore, what could be an alternative to Google to phase out Java? 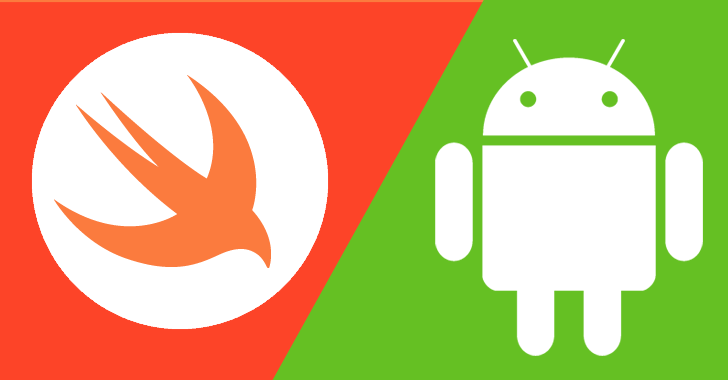 That’s right. The language of the metamorphosis, the almighty JavaScript. With the recent surge of NodeJS (2009+) and the humongous popularity that it’s been taking over the years, Google has acknowledged that people are investing more in this programming language (JS) because of its ability to play along with both Client and Server. They’ve seen how people use Native Script and React Native to build native Android and iOS apps using pure JavaScript. The evolution of TypeScript, Babel, and ES2015+ allows developers to write much more efficient and modular code than ever before.

Seeing this humongous advantage, more people would be adept to build their apps for the web. Seeing how chrome is pushing hardware APIs to JS, and how Push Notifications have arrived, there will be little reason in the future for people to build natively.

However, there’s a small but very important detail with this approach, and this is where Apple comes in. Over the last 5 – 6 years, web sites have started to become more powerful. They are very close to mimic a native application in terms of power and capabilities.  Now, with the possibility of installing an app into your home screen, this makes the native-web gap smaller. This could potentially allow many developers/companies to overcome the revenue stream of the Application Stores (70-30) and opt-in to make a full-fledge web app to save money and time.

Google has never made big money with it (more apps are free, anyways). In fact, Apple, seeing less downloads than its competitor, has a higher revenue stream. Google has started to make money from their cloud services, especially Firebase, after being integrated into a unified platform, it makes it more attractive for developers to use it. Microsoft, is in the same wagon. It was the first to allow true Web Applications into its store. They have the whole Azure infrastructure that even native iOS and Android applications use anyways for RESTful services.

On the other hand, Apple’s $6 Billion revenue could be jeopardized by this approach. They don’t have any specialized cloud services as Google or Microsoft have, and allowing people to install a full-fledge application could mean lost revenue.

In conclusion, the main reason why Google is pushing PWA is to phase out Java, and the way they’re doing it is by beefing up JavaScript to new capabilities. People are used to the programming language, and NodeJS has reiterated its purpose. Apple does not want to see this happening, because this would mean that more and more people would start building Web Applications instead. Hence, they would be losing revenue stream from their App Store. Microsoft, does not care, since they have Azure which mobile apps use anyways.

5 answers to this question