Bluetooth speakers are a dime-a-dozen, and searching for one that is right for you can be quite the chore. You can either chance it online and hope the reader reviews on the product of interest are indicative of what you'll experience upon receipt, or you can visit a local retail store and decide on a wireless speaker based off of a limited selection available for demo. For those of you that might be interested in a Bluetooth speaker that can get the job done at a great price point, allow me to introduce you to the Magicbox II from DKnight: a second generation, budget-minded speaker that makes even some "name brand" $100 speakers look silly. 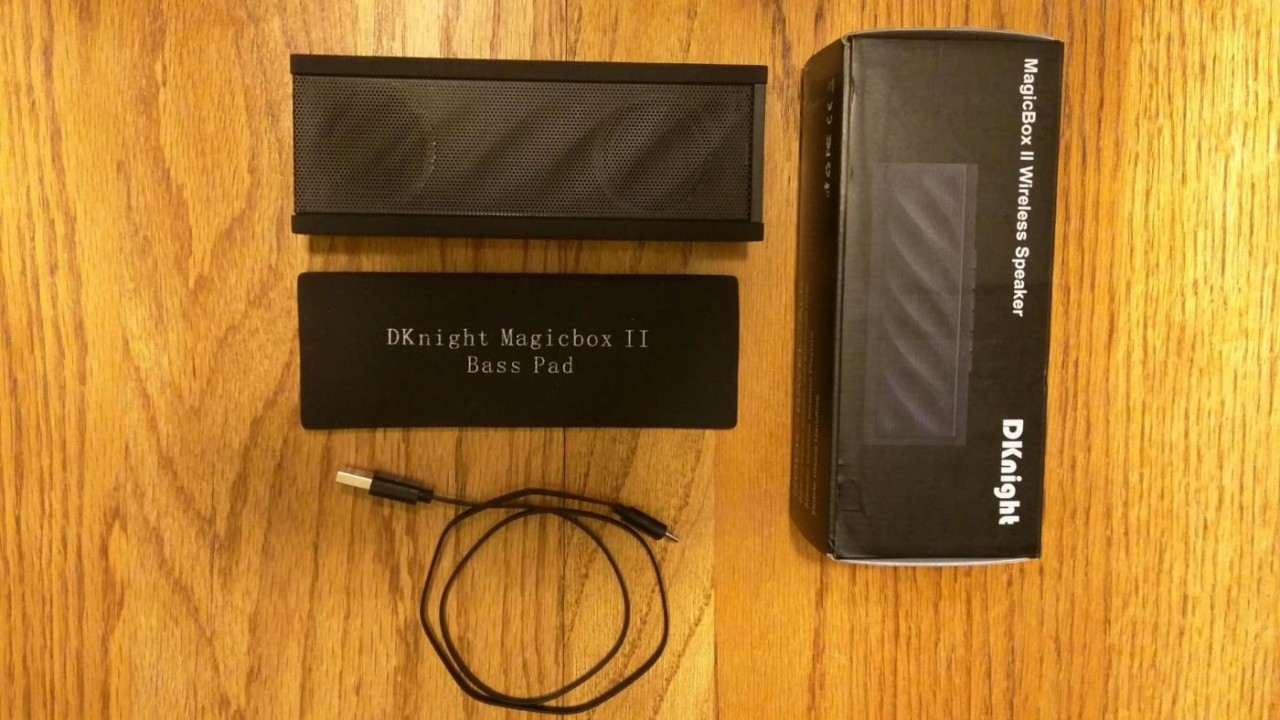 I wondered what "DKnight" could stand for. While I couldn't find any real background on the company or the name, I opened up the box to the Magicbox II and couldn't help but think "Dark Knight", because this unit looks like it's the speaker of choice for Bruce Wayne's bedroom. The matted black finish on the top and base covers for the speaker are downright sexy, dissolving much of the light that might hit it. There's a softness to the material that will prevent the Magicbox II from taking scratches or dents over time, a smart idea given the portable intentions of this speaker. This unit feels ready to take on whatever life has to offer it, aside from a good swim.

Then there's the media buttons that are neatly laid out on top of the device - soft to the touch, compact yet accessible. You'll have the ability to control the volume up and down, play/pause music, skip tracks both forward & backward and engage the speaker's hands-free calling feature all from the top of the Magicbox II. Moving to the side of the device, there's an on/off slider, micro-USB connector for power and a standard 3.5mm input in case you want to go direct into the speaker. Finally, the Magicbox II comes with a "Bass Pad" that helps boost the bass output of the speaker slightly when placed on top of it.

Pro tip: if you can anchor the speaker during use, laying the unit on its back with the speakers facing upwards boosts bass output even further. 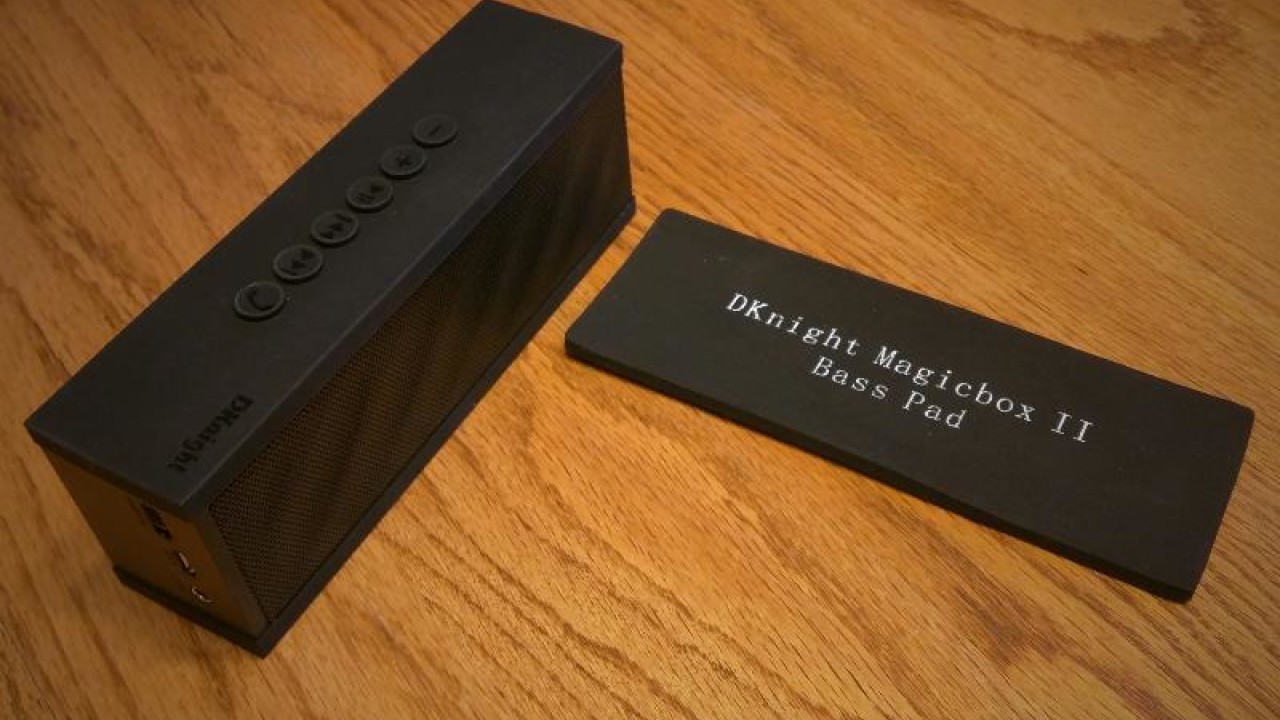 While the design pleases the eye, the real test is whether this Bluetooth speaker is any good at delivering on its main purpose of playing music/sounds. For the price, this unit can raise some eyebrows. The Magicbox II is powered by 2x 40mm drivers, rated at 5w a piece (10w total). That power output can top JBL's Pulse 2 for less than a Nokia MD-12 speaker. Of course, these are just numbers, what happened when I actually ran this speaker through the ringer?

For testing, I used five distinct songs to see how this speaker would hold up under variable output conditions. Those tracks included: "Falling Sky" by Red, "Lollipo" by Lil Wayne, "Cardiac Arrest" by Bad Suns, "Red Lips" by Skrillex, and "California Dreamin'" by Diana Krall. How did the speaker hold up? Better than expected. Lows were present, albeit a bit limited. I was able to clearly hear lower bass guitars and sustained low-end hits on "Lollipop" and "Red Lips". The mid-range was definitely the strong-point of the speaker, where the blistering guitars and vocals on "Falling Sky" cut through the best. As for highs, they were there but the Magicbox II never reaches into the upper frequency range to give you that shimmer from drum cymbals being crashed on, and Diana's piano on "California Dreamin'" lacks a bit of expression at times. Still, the results overall are great - I couldn't believe this speaker wasn't $100.

The speaker can get fairly loud. Using a decibel meter app and standing about 18" away from the speaker with 100% volume output, the app recorded an average of 64dB output, with a max of 73dB. That gives you an idea of how loud the speaker gets, but then there's the question of sound quality. The Magicbox II held up very well while the volume was set at or under 75%, but pushing the envelope beyond that mark began to reveal some of the cracks beneath the surface. Sound would often distort at the highest volumes, especially bass, forcing me to back off the volume a bit during busy moments with the louder test tracks. This speaker is good at reasonable volumes, but it doesn't shatter expectations when pushed to its limits. 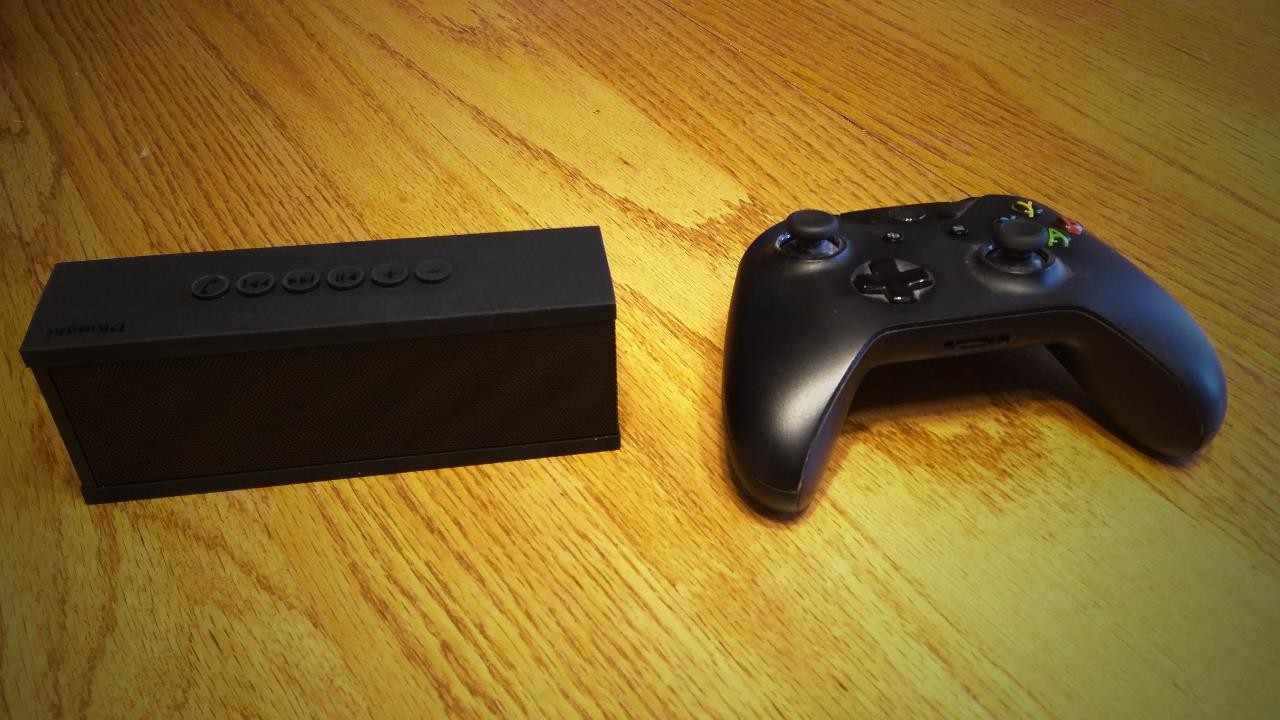 With the Magicbox II, you get some decent under-the-hood features like a 2,000mAh battery plus Bluetooth 4.0 connectivity - helping future proof this unit a bit. Bluetooth 4.0 is a nice touch, allowing strong connections within ~30 feet before signal interruptions occurred without demolishing both your phone and the speaker batteries in the process. The speaker is said to make it to 10 hours before a charge is needed - a mark the speaker came very close to hitting during testing. The battery died just shy of nine hours, but then again I never gave the speaker a break with the volume never set below 75% during testing. That's impressive for a budget speaker and easily doubles the battery performance of the Beats Pill.

DKnight is a somewhat unknown entity in the world of wireless peripherals. The company's products exist on Amazon and nowhere else at this time. Regardless, what DKnight accomplishes with the Magicbox II is astonishing. The speaker outperformed the Beats Pill in every way for less money, quite the boast for a newer kid on the block. With above average audio for a speaker under $50, it's easy to recommend the Magicbox II without hesitation as a small-room wireless speaker option. There are opportunities for growth with the speaker falling short at max volume, something that can easily be addressed in a third generation speaker should DKnight decide to make a successor to the Magicbox II. Currently, the Magicbox II is only available for purchase via Amazon.