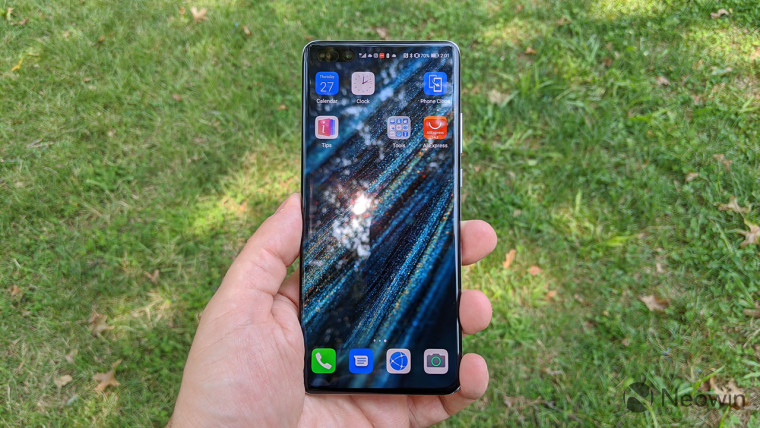 At its developer conference in China today, Huawei's CBG CEO Richard Yu has announced that the company will be releasing its in-house HarmonyOS for its smartphones in 2021. The first beta of HarmonyOS 2.0 for Huawei smartphones will be released later this year. An SDK for Chinese developers will also be released around the same time along with extensive tools and documentation for their testing purposes.

Huawei had announced HarmonyOS at its 2019 developer conference. The OS is meant not just for smartphones but for all other products from Huawei as well including TVs, smartwatches, and even vehicles. While Huawei is releasing a beta version of HarmonyOS 2.0 to developers today itself, this version is only meant for TVs, smartwatches, and vehicle infotainment systems. The company also announced that it plans to launch its first smartphone with HarmonyOS 2.0 next year. It is unclear if the OS will also make its way to existing Huawei smartphones or not.

So there you have it. #Huawei will launch phones on HarmonyOS next year. https://t.co/VamxKU2czZ

Huawei also announced the OpenHarmony project that's similar to the Android Open Source Project (AOSP) from Google. This will allow other companies and developers to also contribute to the development of HarmonyOS. The open-source project currently supports wearables and IoT devices with up to 128MB of RAM. In April 2021, Huawei will open the program further to add support for devices with 4GB RAM and expand it further by October 2021 for devices with more than 4GB RAM.

With the U.S. government coming down heavily on Huawei and banning all its ties with American suppliers and technology that rely on U.S. tools, Huawei could end up using HarmonyOS as the OS of choice for its smartphones and other devices in the future.