A few months ago, Huawei announced the MediaPad M3 Lite, which comes in 8- and 10.1-inch flavors. It's designed with consumption in mind, with a 6,660mAh battery and Harman Kardon audio.

Lately, Microsoft and Apple have been pushing tablets that focus on productivity, with attachable keyboards, pen support, and more. But isn't there still a place in the world for a device that's just great for watching movies, reading books, playing games, and checking your social networks?

Here's my review of the 10.1-inch Huawei MediaPad M3 Lite:

One thing I found when taking the MediaPad M3 Lite out of the box is that there's nothing special about it, but does there really need to be? It might not have any fancy features, but it seems to hit the right points at a great price.

While there aren't any crazy bells and whistles, it is quite a nice-looking device. It comes in Space Grey, Gold, and White, and the one I received is the White one. It's not a glossy white color like you'd find on some devices; instead, it's matte white on aluminum, leaving it cool to the touch.

The metal frame is a standard silver-colored aluminum, so it's not a unibody design. Sadly, this does not mean that the device has a removable battery. 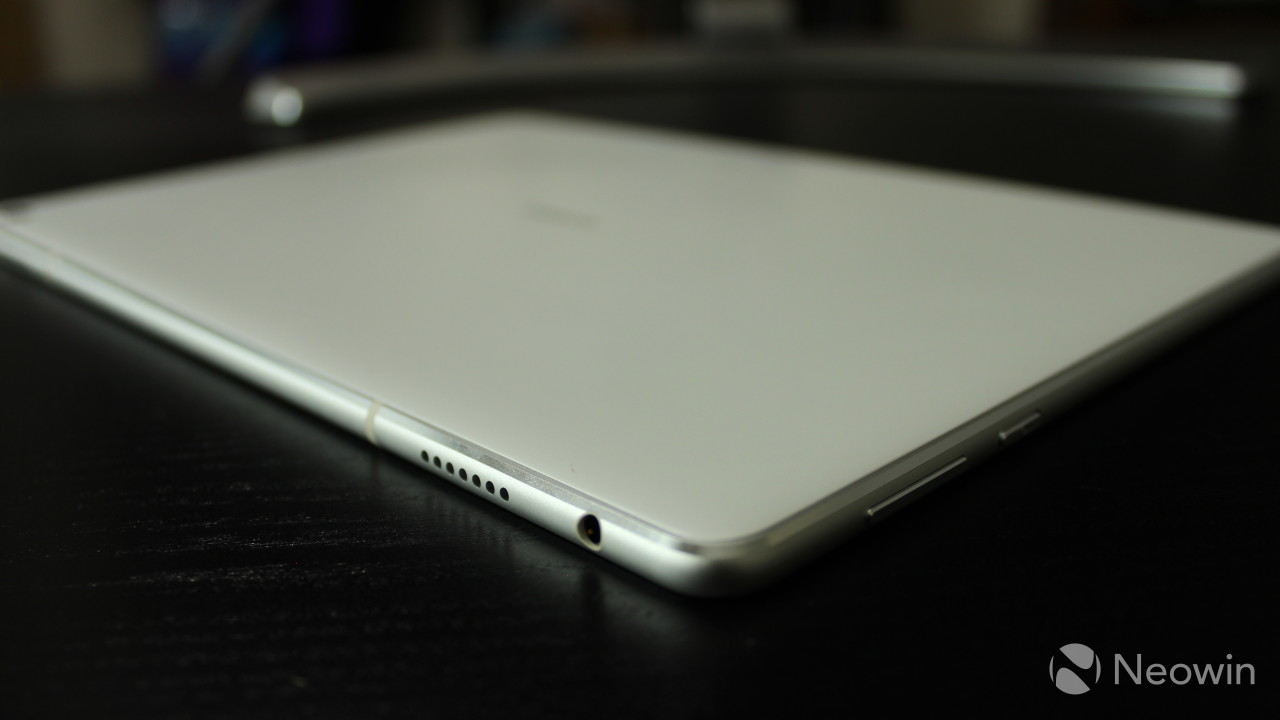 On both the top and bottom of the device, you'll find a pair of speaker grilles, along with two antenna lines. Also on the top is the 3.5mm audio input/output jack.

On the left, you'll find a micro-USB port for charging, along with a micro-SD card slot. The right side is where you'll find the power button and volume rocker. 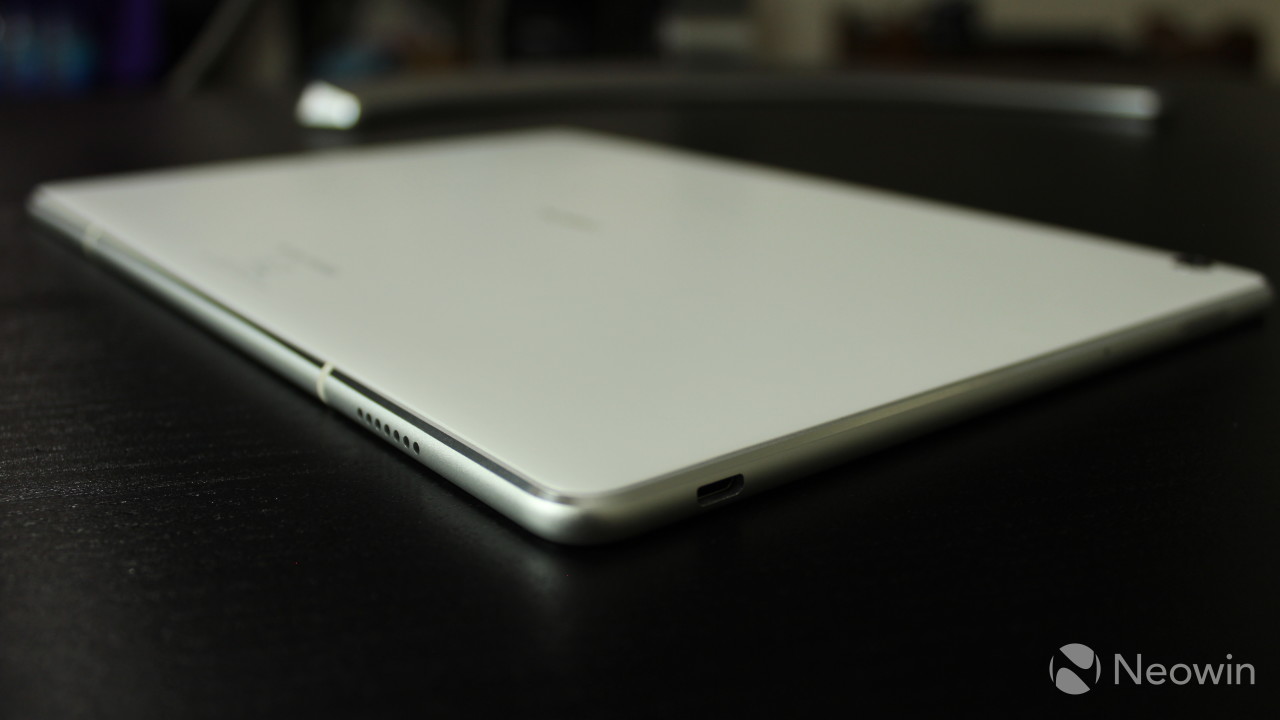 The 10.1-inch IPS LCD on the Huawei MediaPad M3 Lite has a 1920x1200 resolution, meaning that it has a 16:10 aspect ratio. First of all, the display looks great. The colors are vibrant and accurate, and while I was skeptical about the idea of a 10.1-inch screen that's just Full HD, I've not noticed any pixelation, or found myself wishing that it had a higher resolution. 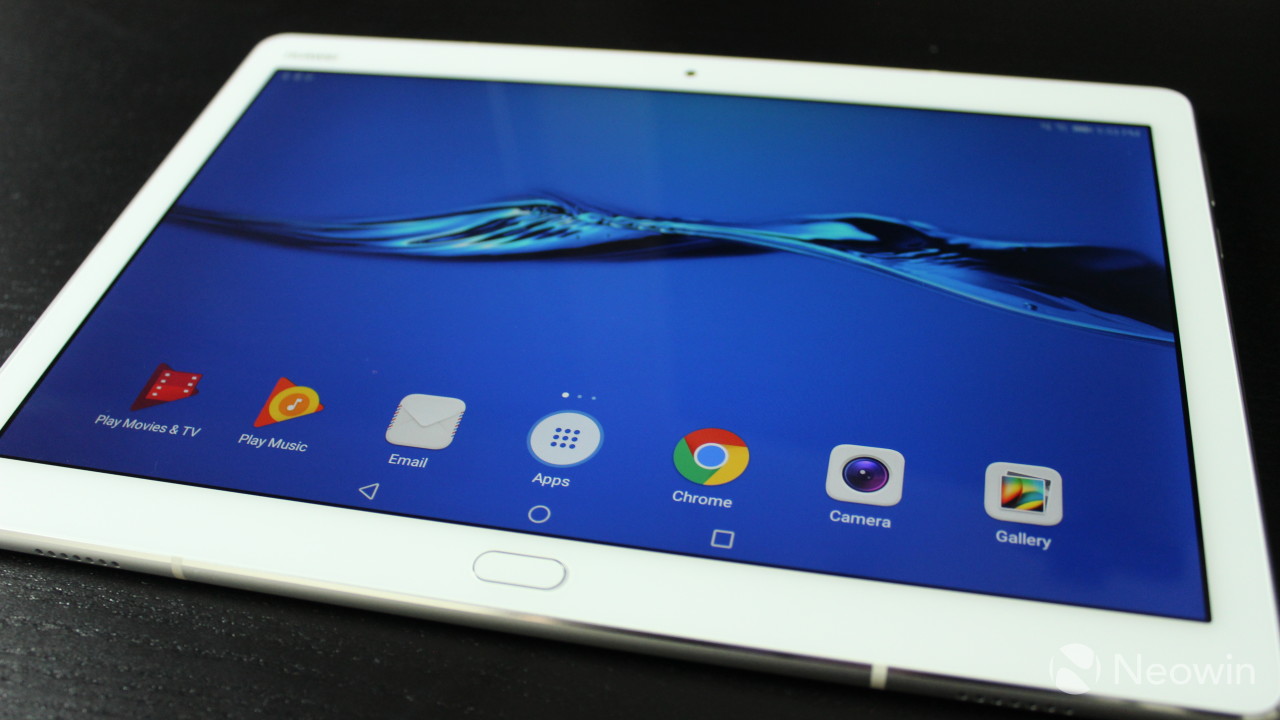 The wide aspect ratio also makes it great for watching movies and TV shows. Apple's iPads are 4:3, and Microsoft's Surface tablets are 3:2, so you get a fair amount of letterboxing on those. Unfortunately, it's this exact thing that makes it suboptimal for reading, as it doesn't look as good in portrait mode. Obviously, reading isn't a terrible experience; it will just feel a bit tall in portrait orientation.

I have to say that the display was one of the parts of the MediaPad M3 Lite that I was very satisfied with. It's very pleasing to use.

The Huawei MediaPad M3 Lite uses Harman Kardon audio, and as I mentioned earlier, there are four speaker grilles: two on the top and two on the bottom of the device.

As with anything that has the Harman Kardon brand on it, the sound is great. Unfortunately, the bar is pretty low when it comes to sound quality with most tablets, as most of them either offer a really low volume or produce a tinny sound. The point is that while many inexpensive tablets are made for consumption, they still don't sound good.

The MediaPad M3 Lite is a refreshing shift from all of that. Not only do they sound good, but the placement of the four speaker grilles provides sound from all directions.

As far as volume goes, don't plan on using it to wake up your neighbors, but it's satisfactory. For laying in bed and watching a movie, or listening to music at your desk, you'll be just fine. If you're a construction site, maybe you should get an external speaker.

I feel like I have to dedicate a section to it whenever I review a Huawei device, but the fingerprint reader is just awesome. As usual, it's best-in-class. 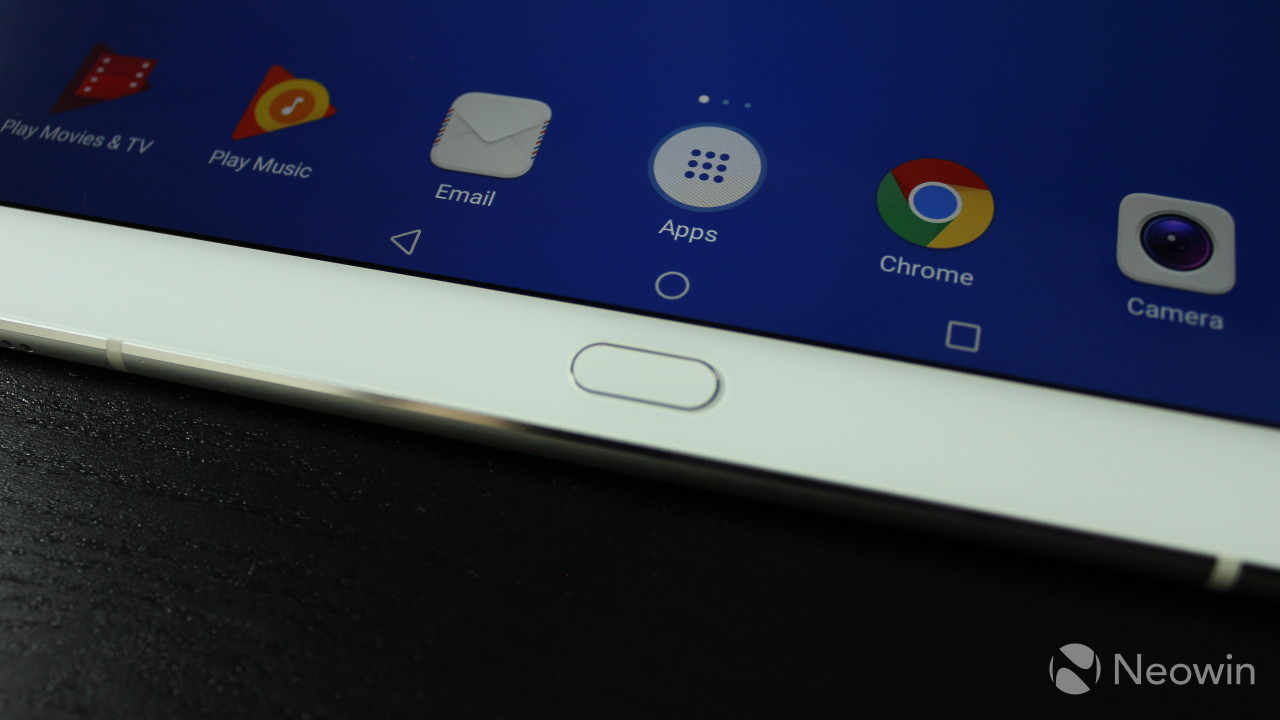 As I mentioned earlier, it's not a button, even though it looks like one. Touching it while the screen is unlocked won't even take you back to the home screen.

The sensor is fast and accurate though. As with the Huawei P10 and Mate 10 Pro, I found myself asking if it's really checking my finger, and trying other fingers just to double-check.

Performance is a bit of a let-down on the MediaPad M3 Lite, but for $249, we can't ask for everything. After all, the build, display, and audio quality on the device are all fantastic, so it's no surprise that it uses the lower mid-tier Snapdragon 435 chipset.

The SoC (system on a chip) has eight ARM Cortex-A53 cores, using big.LITTLE technology, so four are more powerful and the other four are meant to be more efficient. The more powerful cores are clocked at 1.4GHz, and it also comes with an Adreno 505 GPU.

As usual, I've used AnTuTu, Geekbench 4, and GFXBench for benchmarks on the device. First up is AnTuTu, which tests a bit of everything. 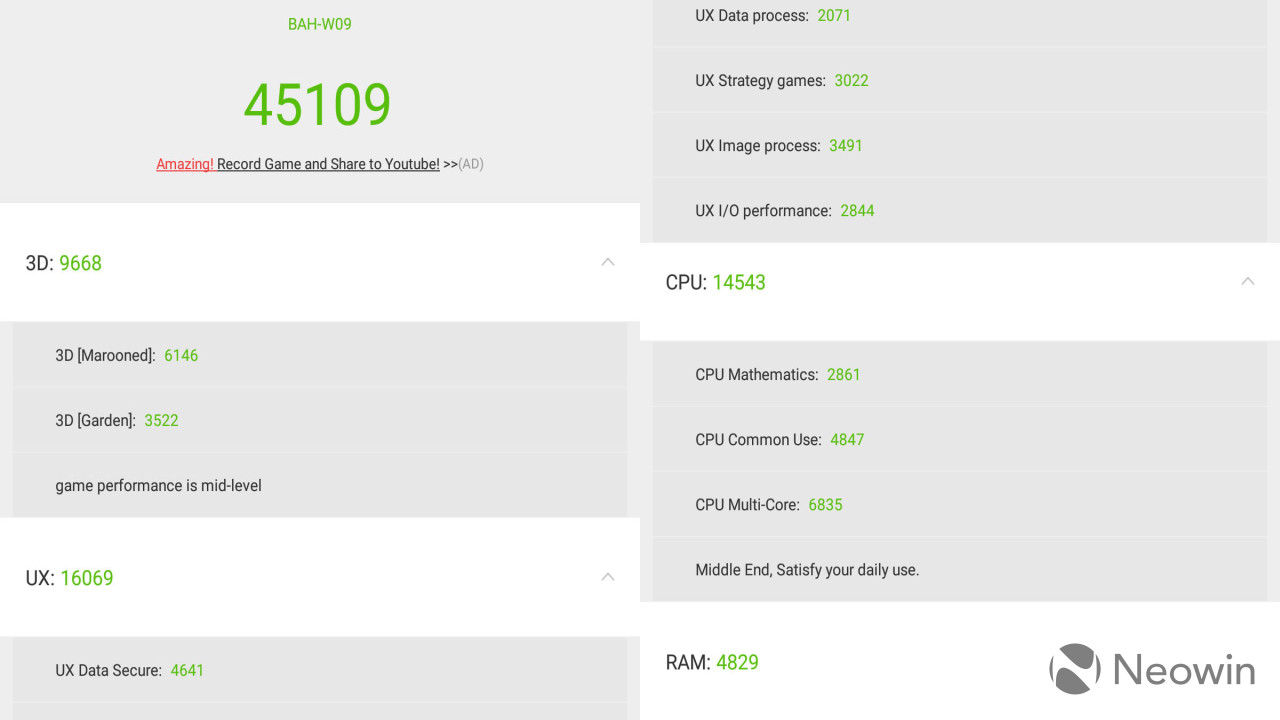 As is clearly defined by the app, the chipset is mid-range, or as it puts it, it will "satisfy your daily use." Next up is Geekbench 3, which tests the CPU. 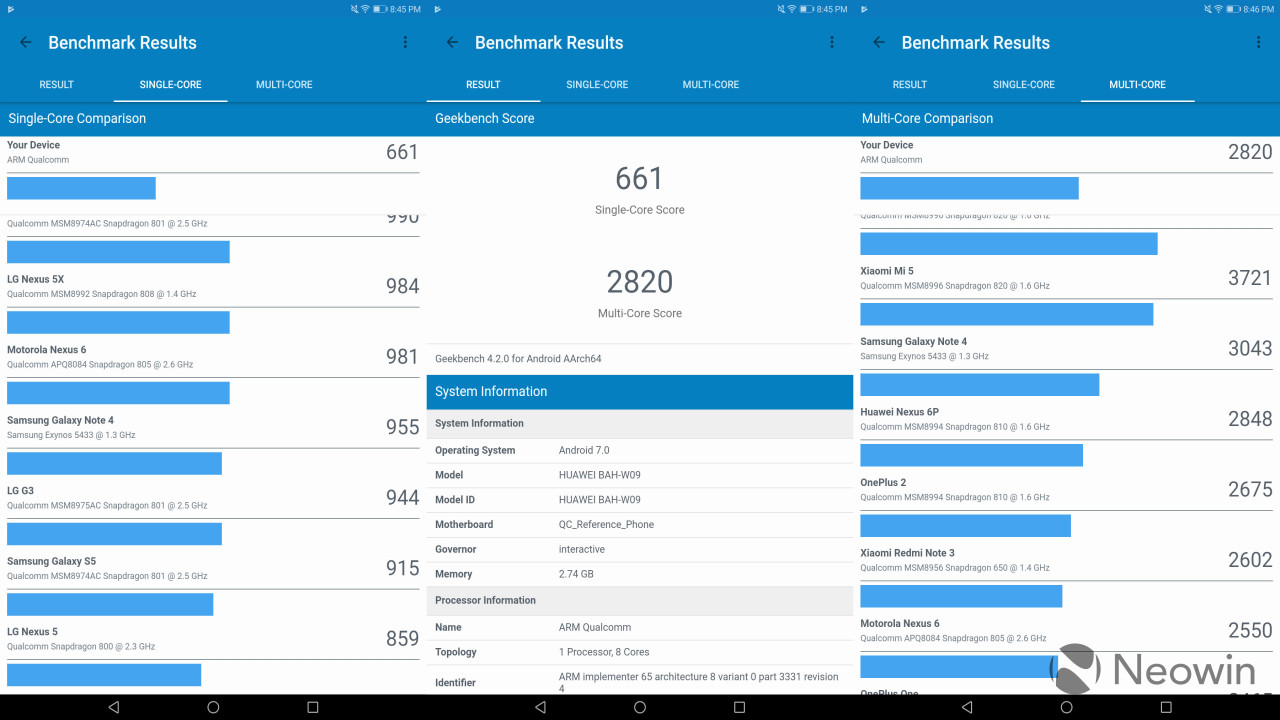 Again, the results aren't surprising, although it's worth noting that the multi-core score is up there with Snapdragon 810 devices. Finally, GFXBench checks the GPU. 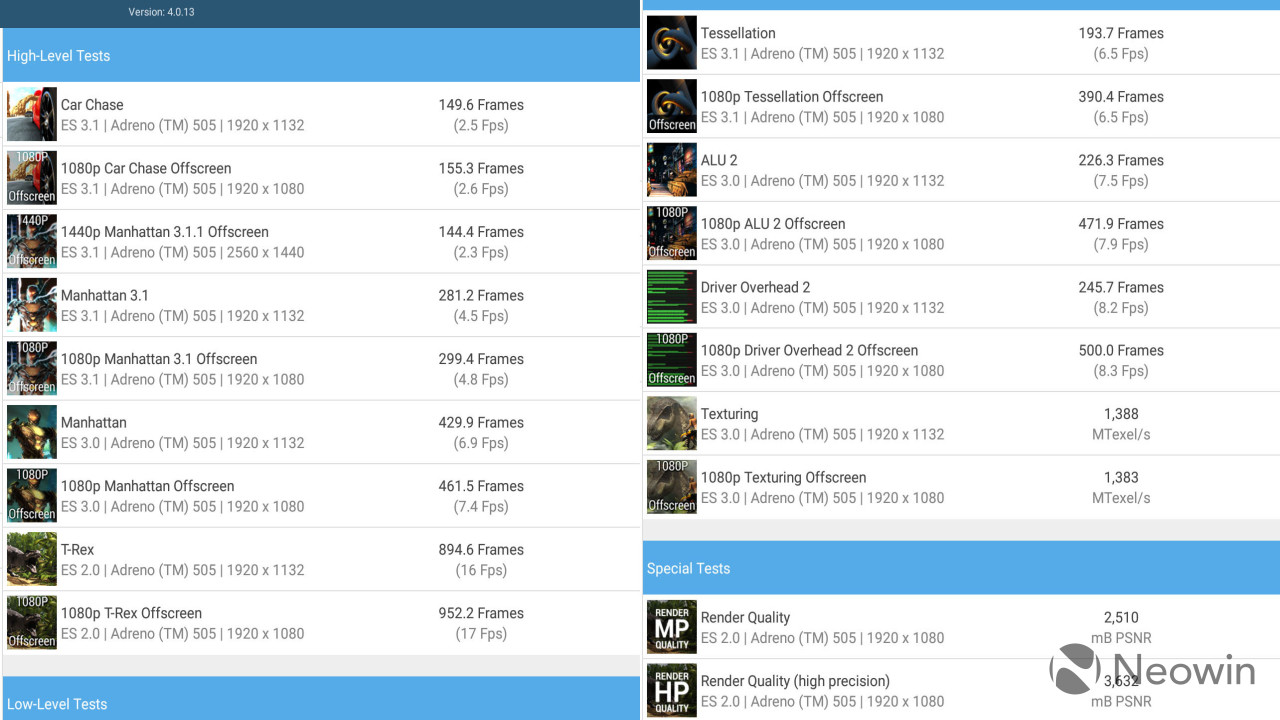 As you can tell from the model number, the Adreno 505 (the first '5' is the generation of the chip) isn't a high-end GPU, so again, this is expected.

I've always been a fan of using tablets for consumption tasks. Historically, I've used an iPad for this, but iPads are getting really expensive, given that Apple keeps adding 'pro' features. Indeed, it seems that the era of consumption tablets is behind us, so I found the MediaPad M3 Lite to be refreshing. 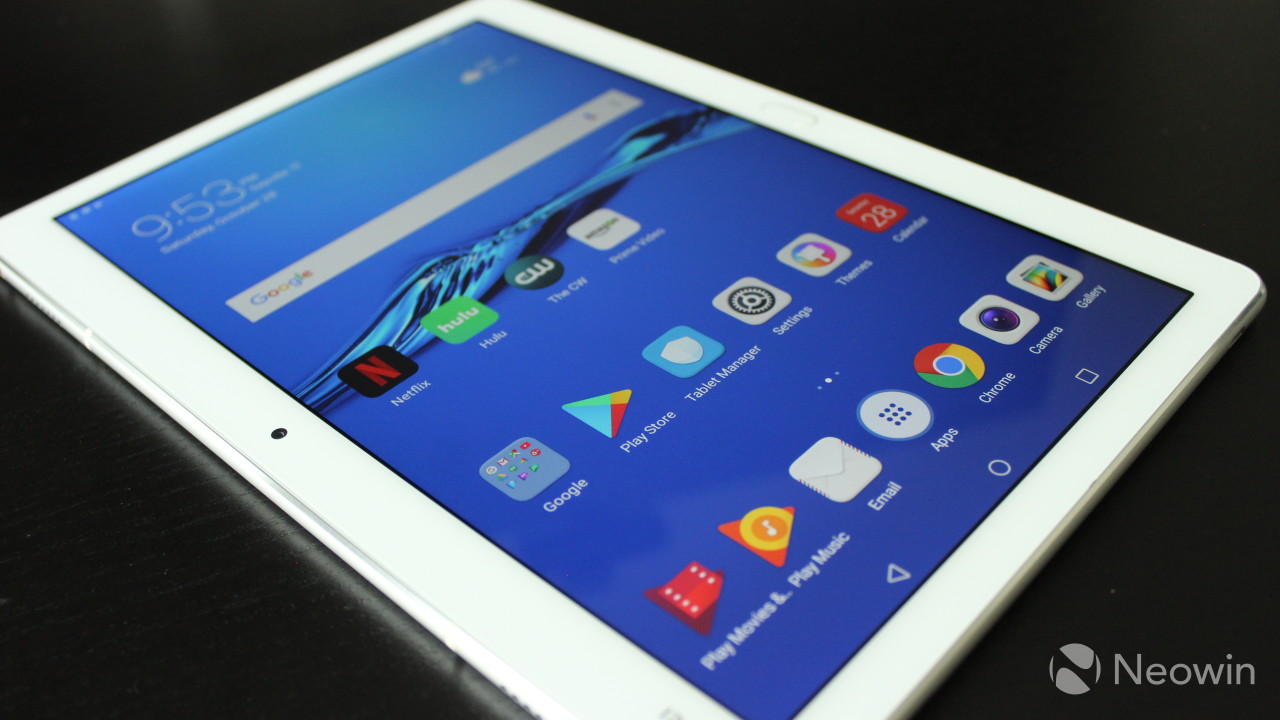 I've met plenty of people that replaced their laptops with tablets, with the idea in mind that all they want to do is play games and check their Facebook. For those types of people, the MediaPad M3 Lite is perfect.

It's a beautiful device with a great display and solid audio quality. With that in mind, it's a great deal for $249.

Of course, it goes without saying that if you're looking for high performance, you should be looking at something more expensive. Still, it's a great device at an even better price. If this is the type of thing that you're looking for, you can't go wrong with it. 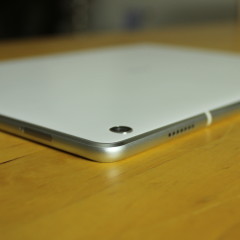 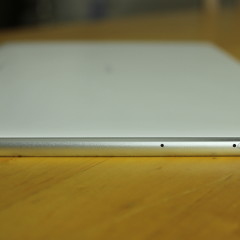 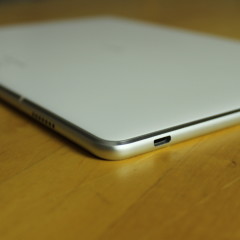 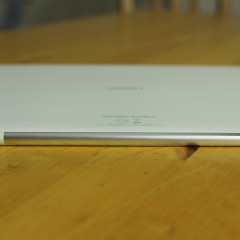 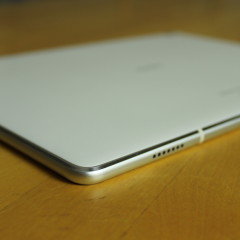 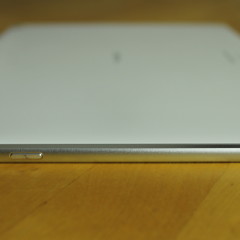 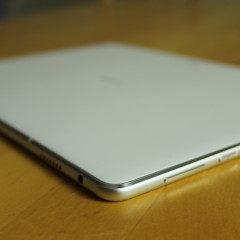 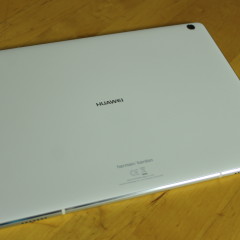 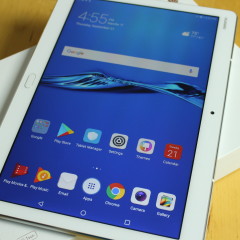 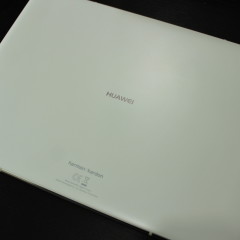 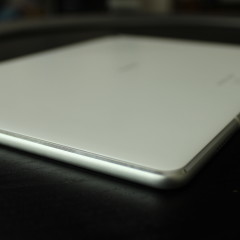 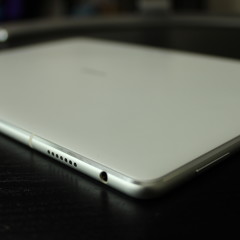 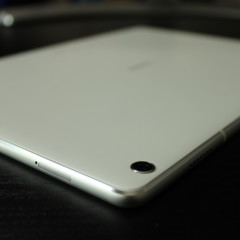 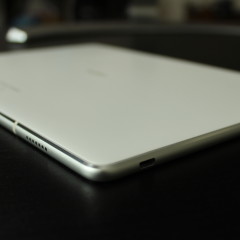 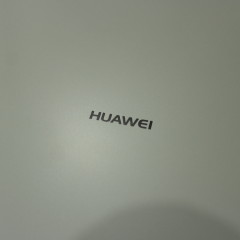 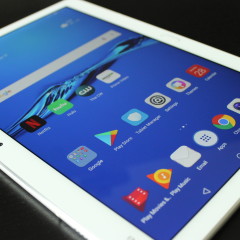 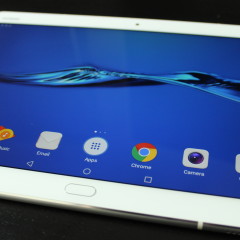 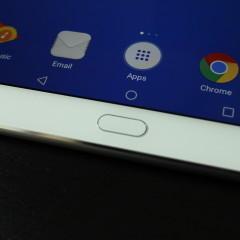 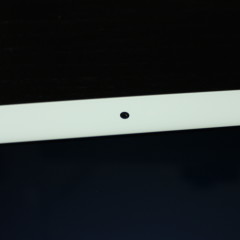 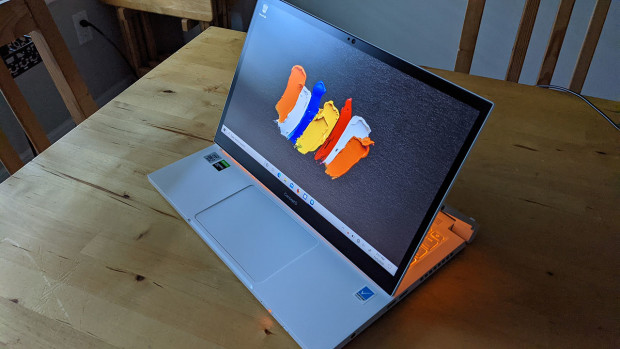