When it comes to smartwatches, there's a range of watch makers to choose from but most run on the Android Wear platform. Announced at I/O 2014, Android Wear is Google's answer to Android on wearables and since the launch, we've seen many manufacturers launch a range of smartwatch designs to cater for everyone. 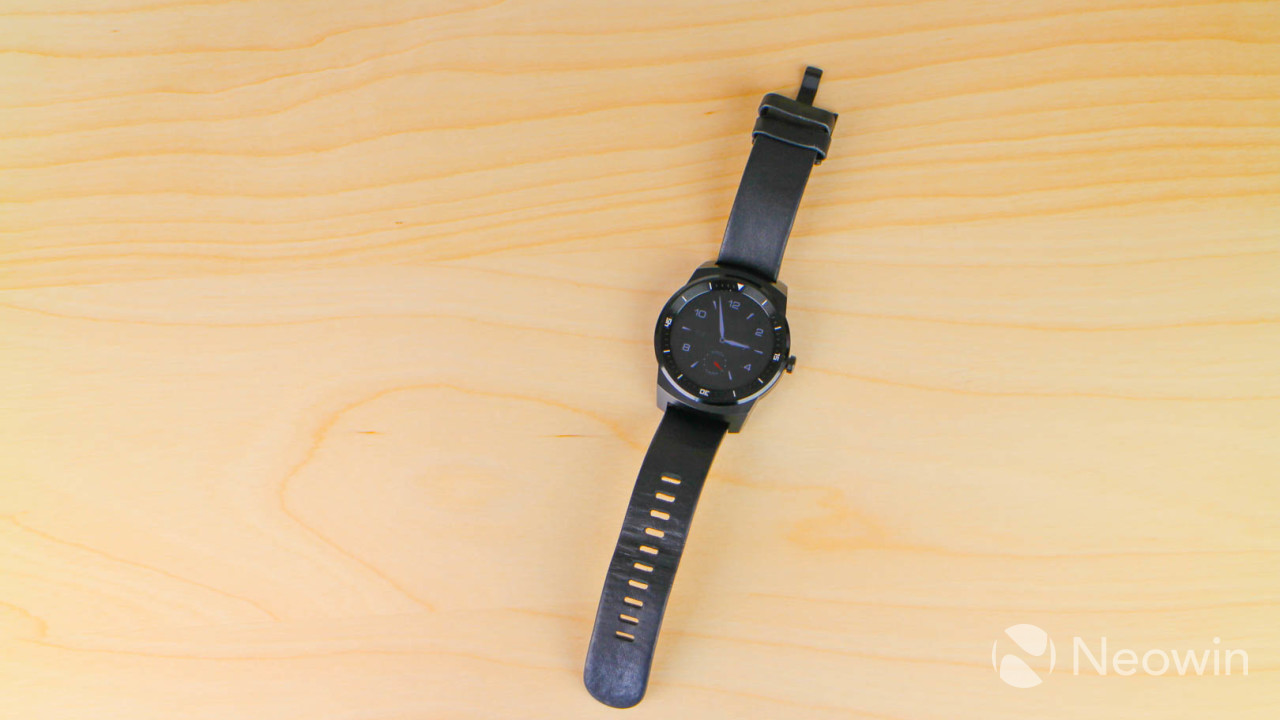 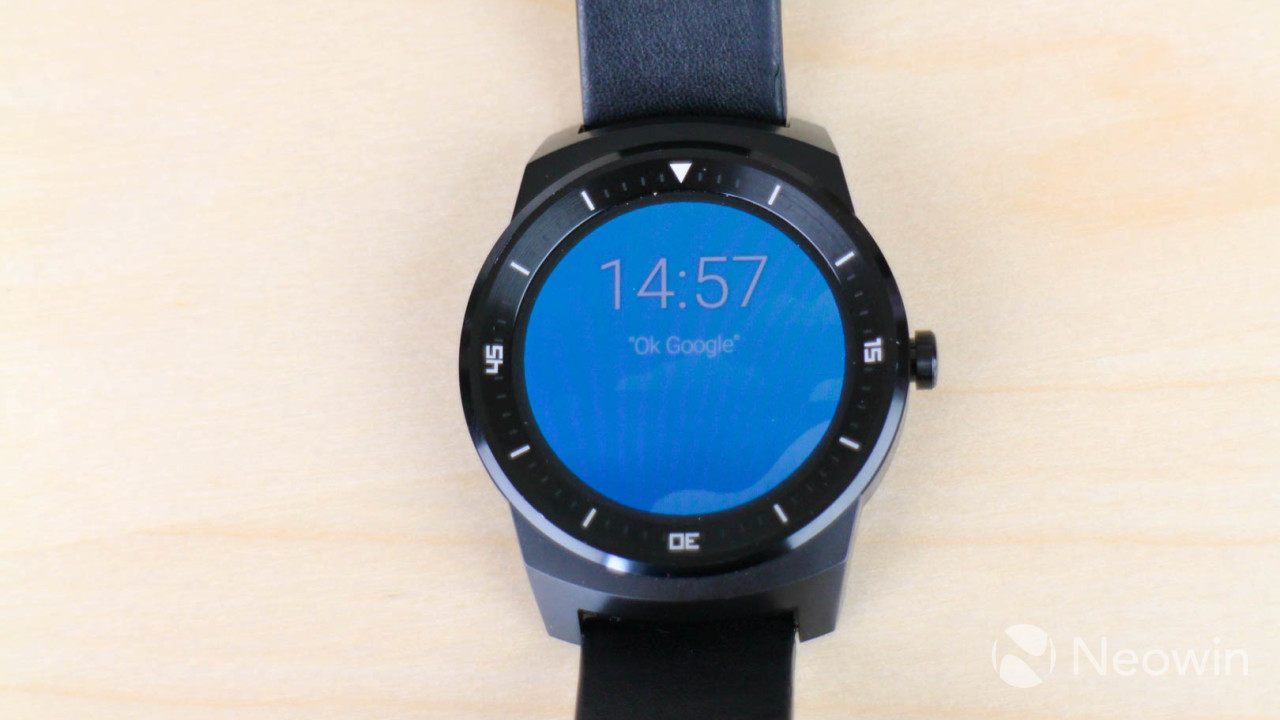 Around the outside of the P-OLED display, the G Watch R has a dial indicating minutes past the hour and on the right, there’s a dial that acts like a power button. Like many Android Wear smartwatches, the G Watch R has interchangeable watch straps allowing you to use your own watch strap in place of LG’s leather strap. 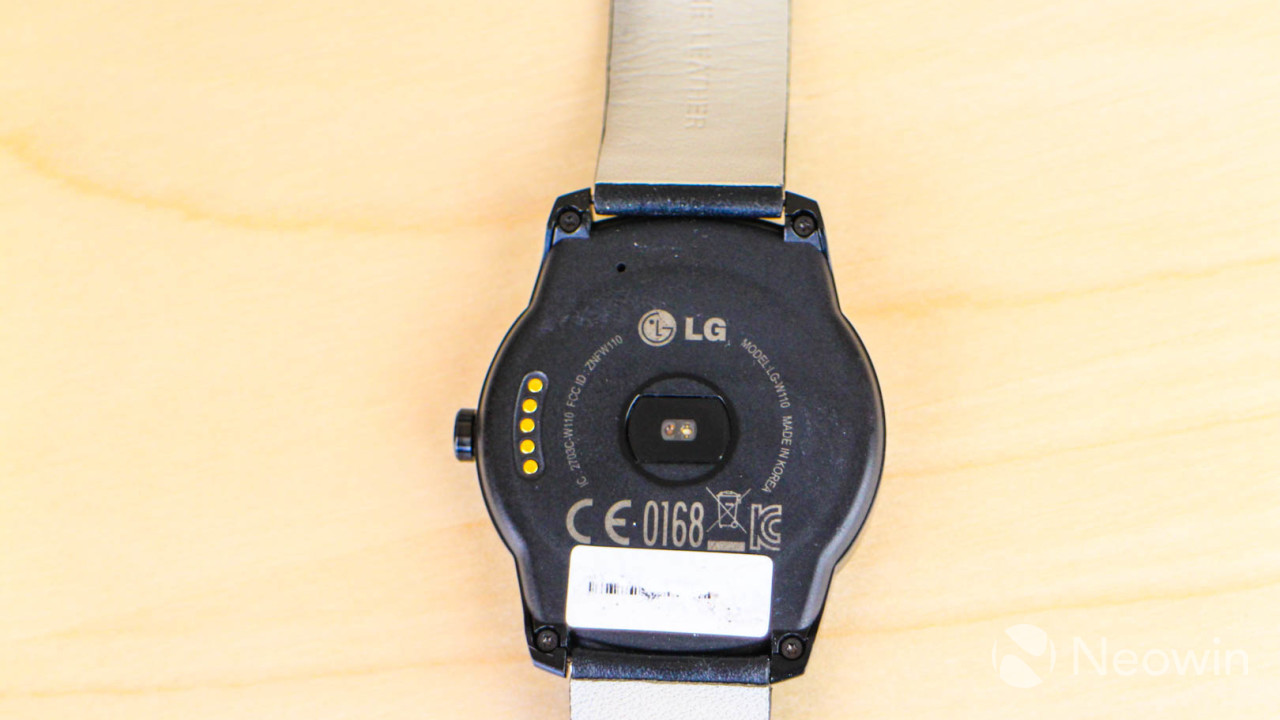 The G Watch R features a range of premium specifications including 512MB RAM, 4GB internal storage, a 410mAh battery and a 9-axis sensor. There’s also IP67 Dust and Water resistance, which means you can use the G Watch R up to 1 metre underwater for up to 30 minutes; perfect for keeping track of time whilst you’re in the shower! 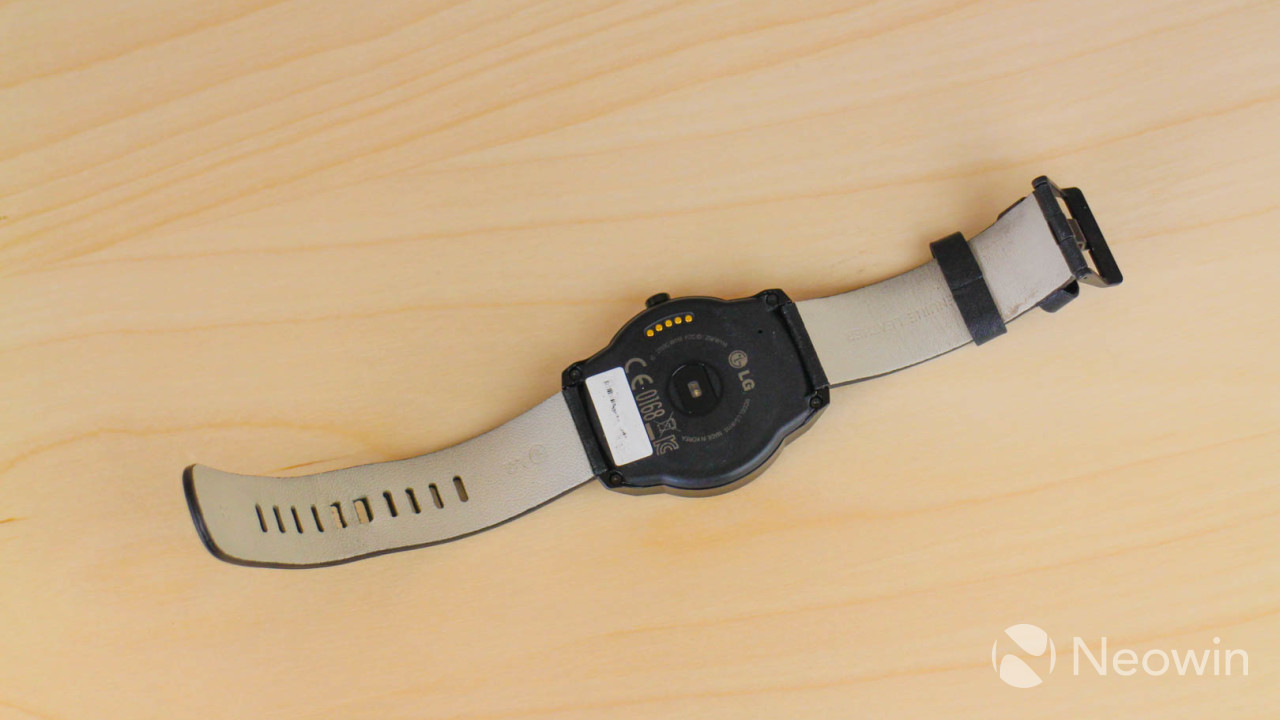 The G Watch R display offers 348 pixels per inch density - which is the similar to the display on the Apple iPhone 6 – and LG’s P-OLED technology ensures that even in bright sunlight, the display is somewhat legible.

Whilst the hardware is certainly impressive, the software is a key element of the smart watch experience so does Google’s OS deliver the goods?

The G Watch R has a similar experience to other Android Wear smart watches with the main changes being LG’s custom watch faces and the round display. Whilst Android Wear does offer many positives, some of the key criticisms still remain which do detract away from the overall experience. 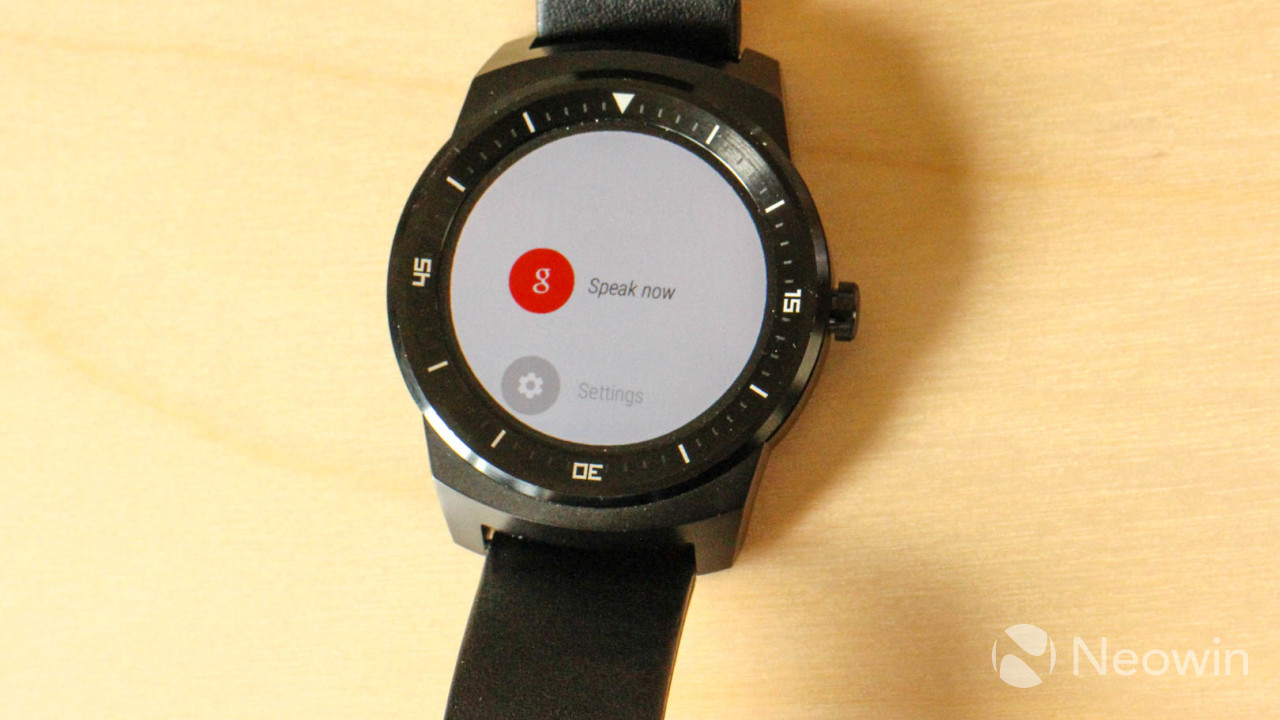 Let’s first look at the good points – there’s tight integration with the Android OS, the software makes good use of Google Now and the experience will be familiar to any Android Wear user.

The integration with an Android smartphone allows you to display notifications, reminders and calls on the watch. When an application developer has enabled the feature, you can even interact with notifications on the watch including (but not limited to) replying to messages/tweets, dismissing alarms, answering/rejecting calls and sending replies that can either be predefined templates or customised using Google Voice input. 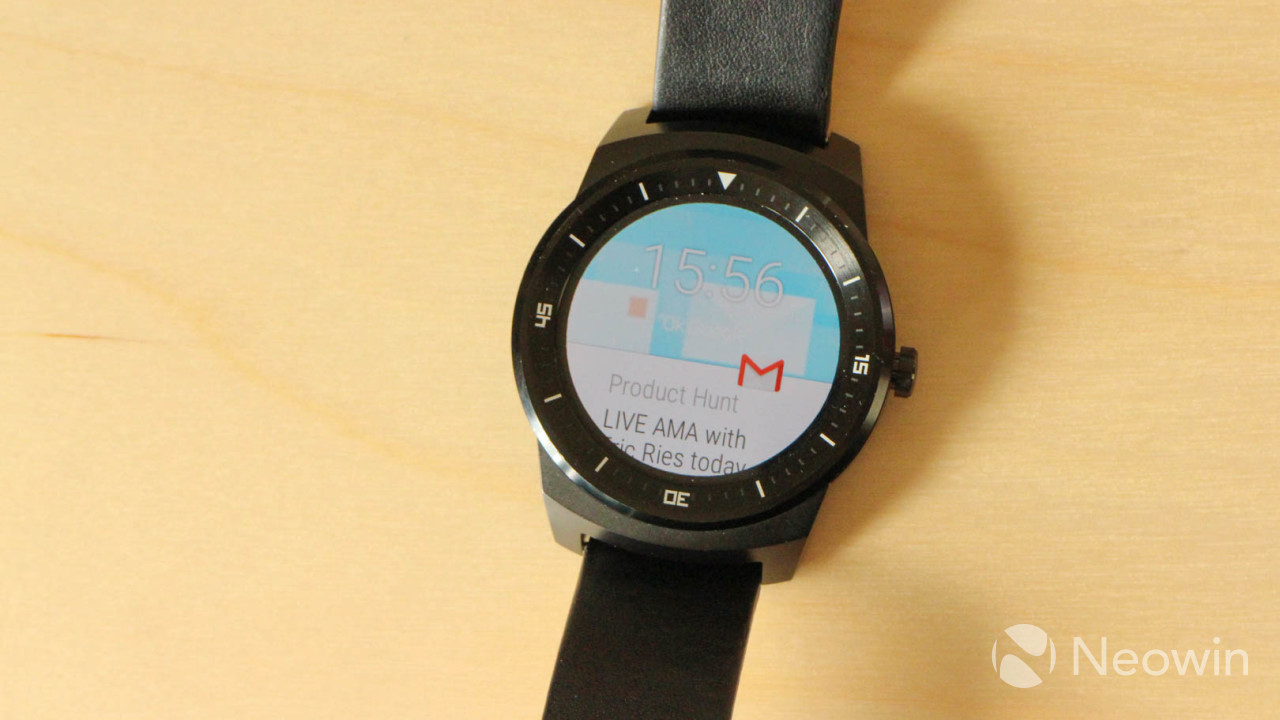 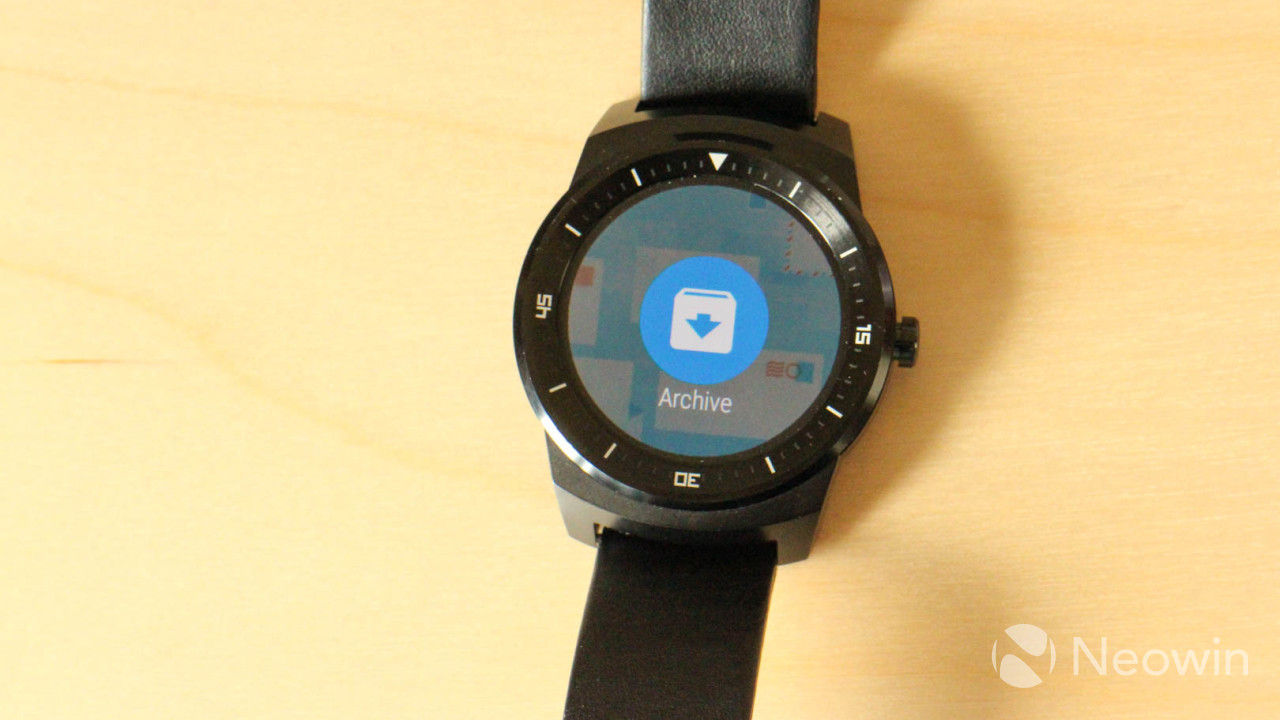 If you’ve used Google Now on your smartphone, you’ll find the G Watch R easy to use; notifications are displayed using Google Now-style cards, which can be swiped right to dismiss or swiped left to reveal available interactions. Swiping up or down scrolls through current notifications and tapping on the clock face screen brings up Google Now voice search and commands. 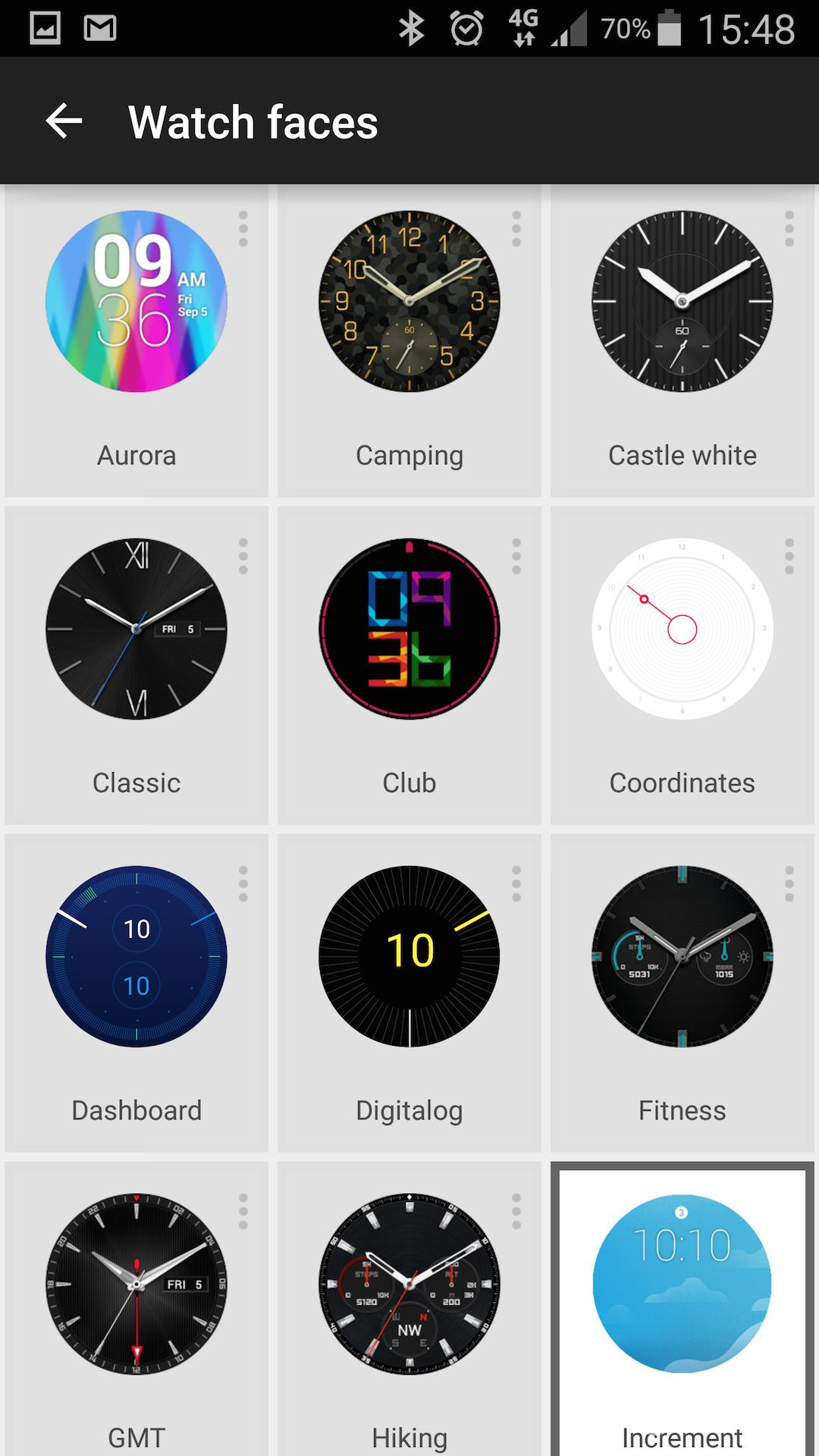 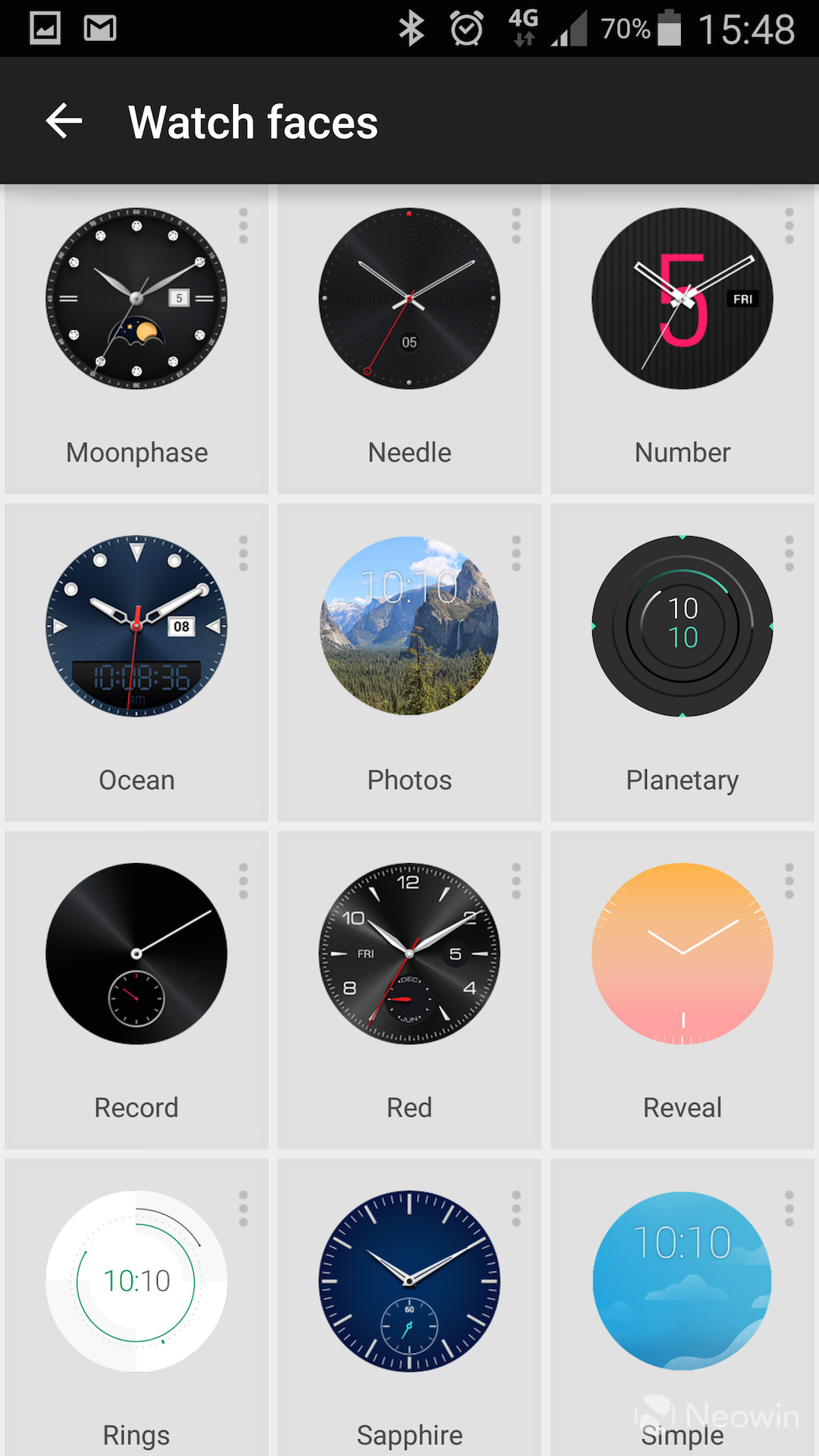 On top of Android Wear, LG have added a range of watch faces to help you personalise your watch even further. Preloaded faces include different modes (e.g. camping, moonphase and world clock) and a range of analogue watch colours and styles, whilst the Lollipop version of Wear has heralded thousands of third-party watch faces.

However it’s not all positive and some of these criticisms are down to Google’s software.

The key issue with Android Wear and any round display is that the software, despite several circular watches running on the platform - including the Moto 360 which was developed in conjunction with Google - the platform doesn't seem to be optimized for round smart watches. This is something that has been improved with the Android Lollipop update, and an issue which arguably plagues all round watches, but it is noticeable when you've used both round and square Wear devices. 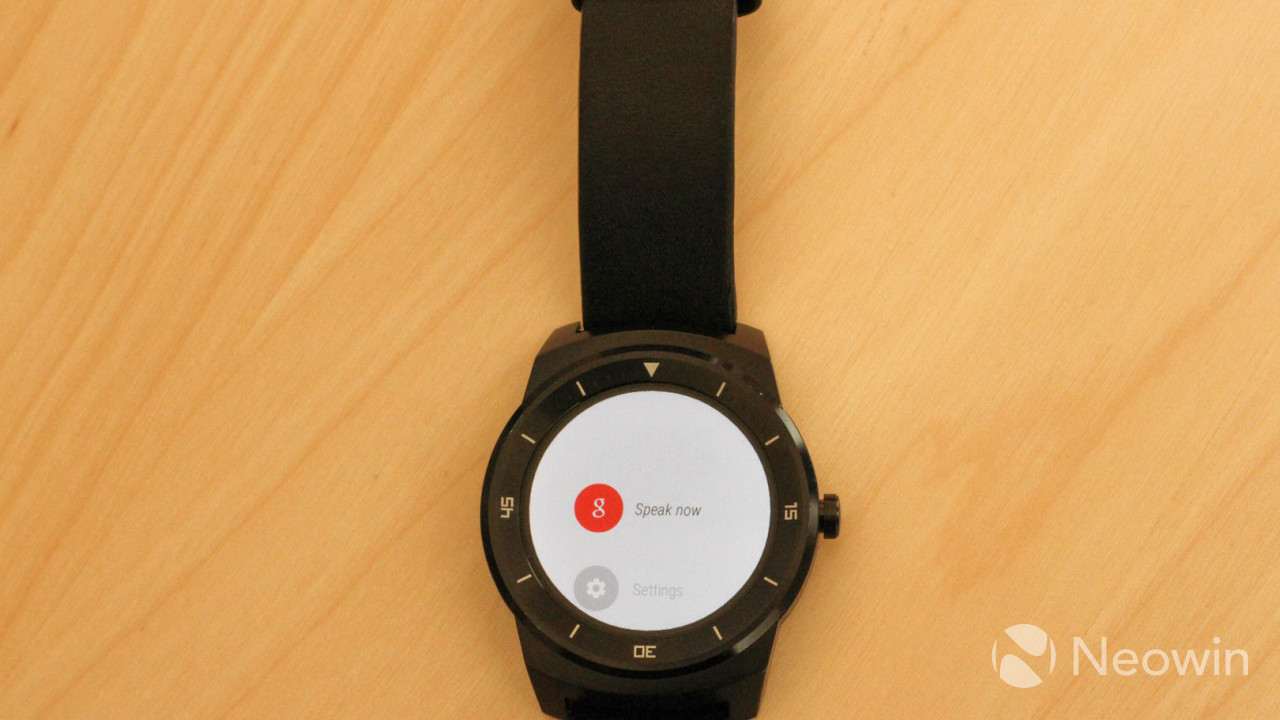 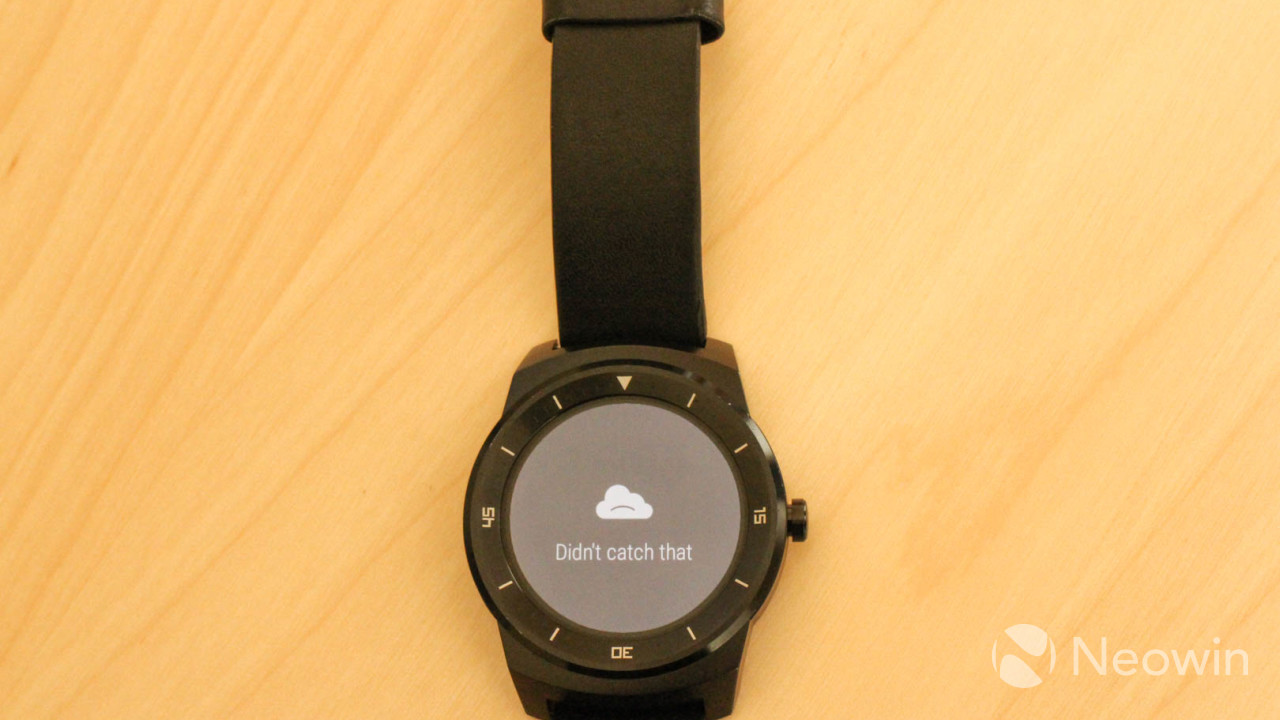 Another issue with the Android Wear OS is the reliance on Google Voice input, which does struggle when being used in areas with ambient noise. For example, I replied to a text message using Google Voice input whilst driving and it was only about 65% accurate. This poses another issue as once Google completes processing your input, you only have a few seconds to check the message and prevent it from being sent. More often than not, it still sends even if you repeatedly tap the Cancel button, and whilst this has somewhat improved in the Lollipop update, it's still a fair distance away from being perfect.

Overall, the Android Wear platform has many positives, but as I’ve experienced with the Moto 360, it is much more suited towards square displays than circular screens. Nonetheless, there are many benefits to Google’s software and it offers the best available wearable experience currently available on the market. 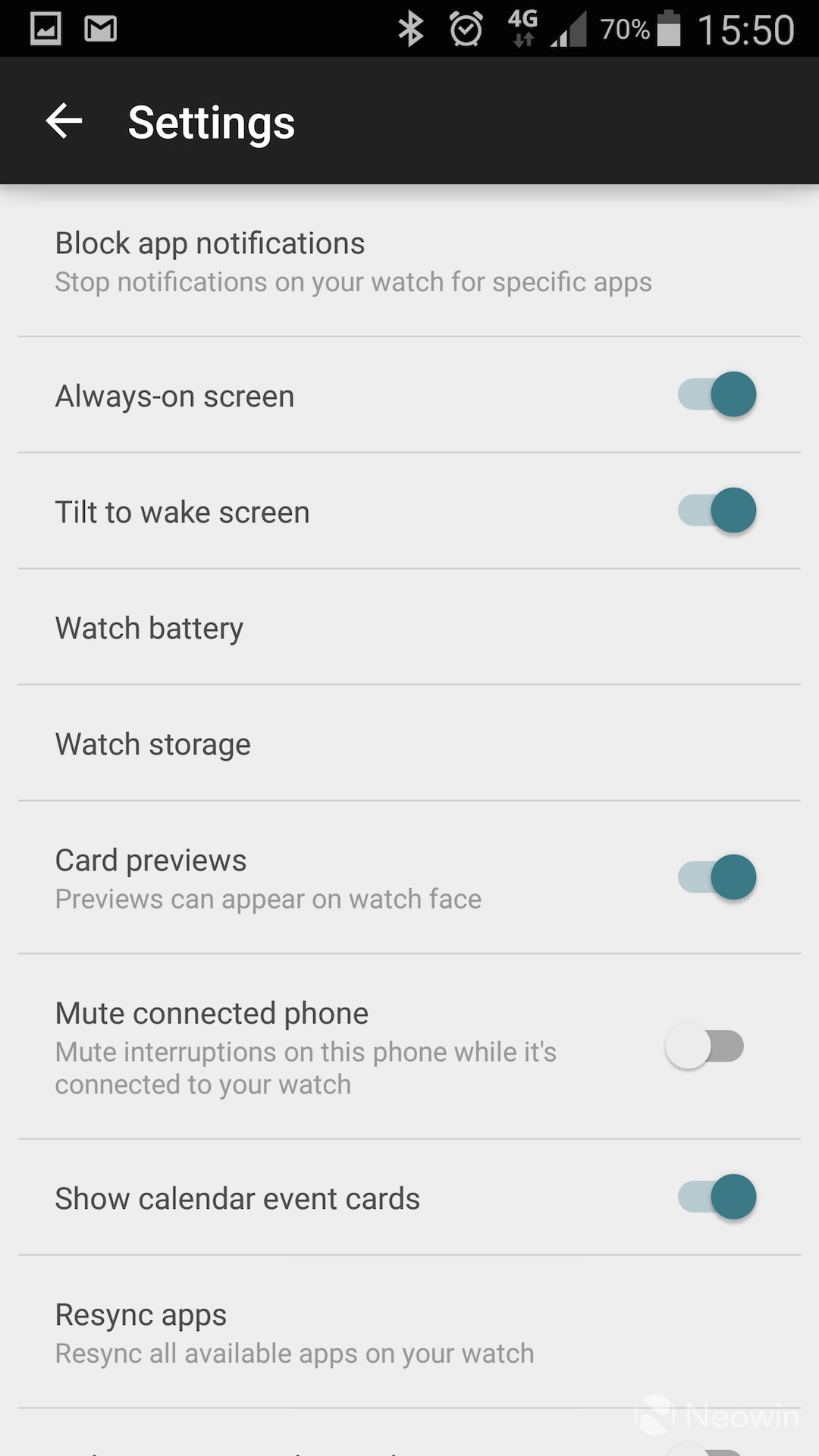 LG claim that the G Watch R will offer several days’ battery life, and in my experience, this is somewhat accurate. Let me explain: when paired to your Android smartphone – it works with any device on Android 4.3 or later – it can last up to two days but often needs charging during the second day. As the G Watch R uses a custom charging dock, this essentially means you have to charge it every night. On average, the watch takes around 80 minutes to fully charge although this can depend on which charger you use.

Two of the key “features” of Android Wear is a curse in disguise for battery life: the always-on screen and the tilt-to-wake feature. The former means the screen always displays the clock face (in a semi-conscious state which is visible) whilst the latter allows you to engage the motion sensor to turn the display on when you raise the watch. 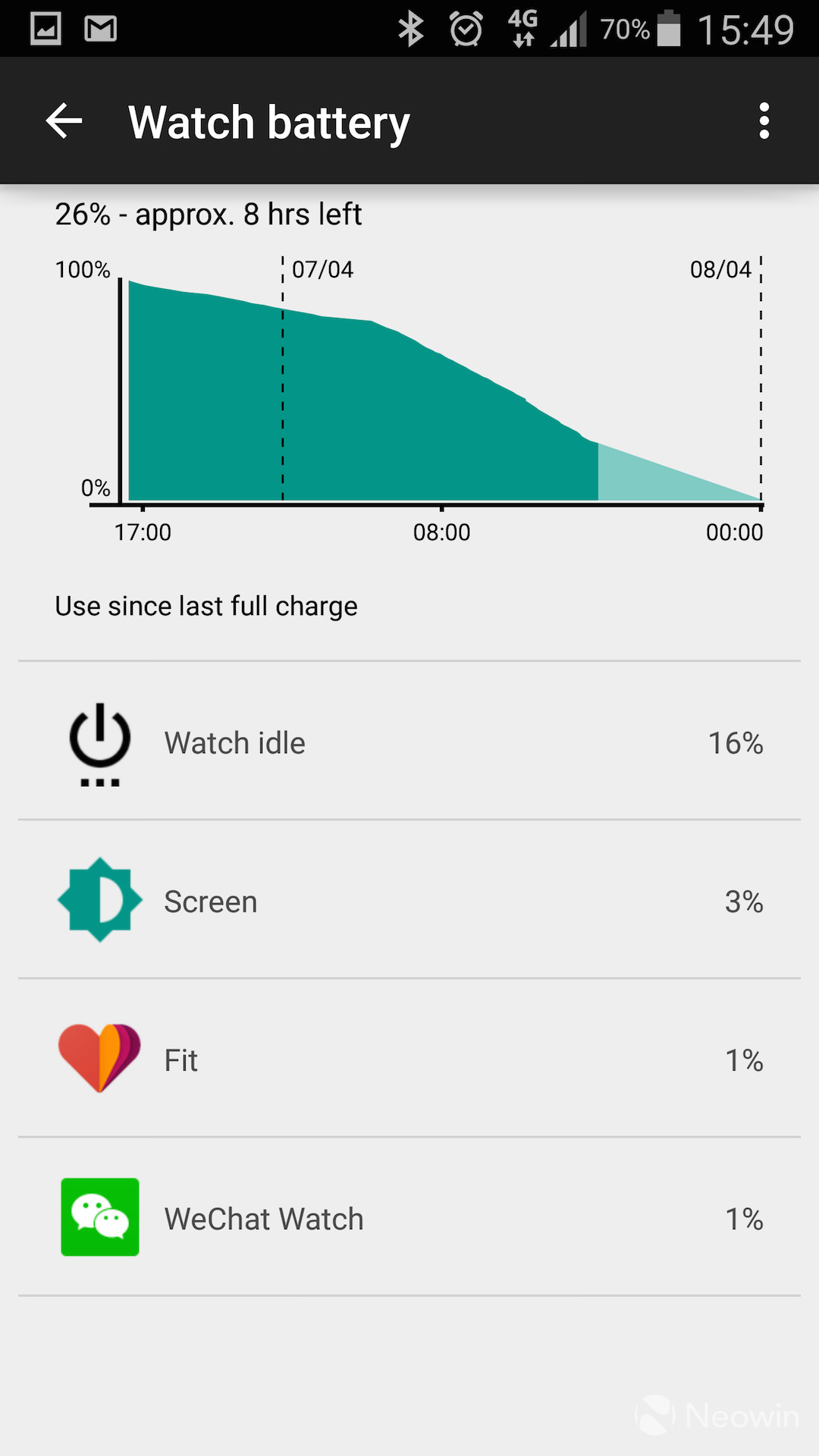 The worst effect on battery life definitely comes from having both the always-on display and the motion sensor options enabled and with both turned on, I’ve found the watch can sometimes even fail to last one full day. Overall battery life does vary quite a bit and is largely dependent on your usage, the number of apps pushing notifications and how lag-free your smartphone is.

Aside from the battery, the G Watch R is definitely more than capable with no signs of lags or slow responses from Google’s services. It is reliant on your smartphone and if your smartphone is lagging, it does affect your watch as well as notifications may be delayed and Google services – like Google Search and voice input – slow to respond.

Having used most Android Wear watches to-date, the G Watch R is definitely one of my favourites. As a traditional quartz watch wearer, the round display feels familiar to me and the G Watch R looks both stylish and familiar. Google’s Android Wear platform is both a blessing and a curse and the shortfalls are small but definitely noticeable. 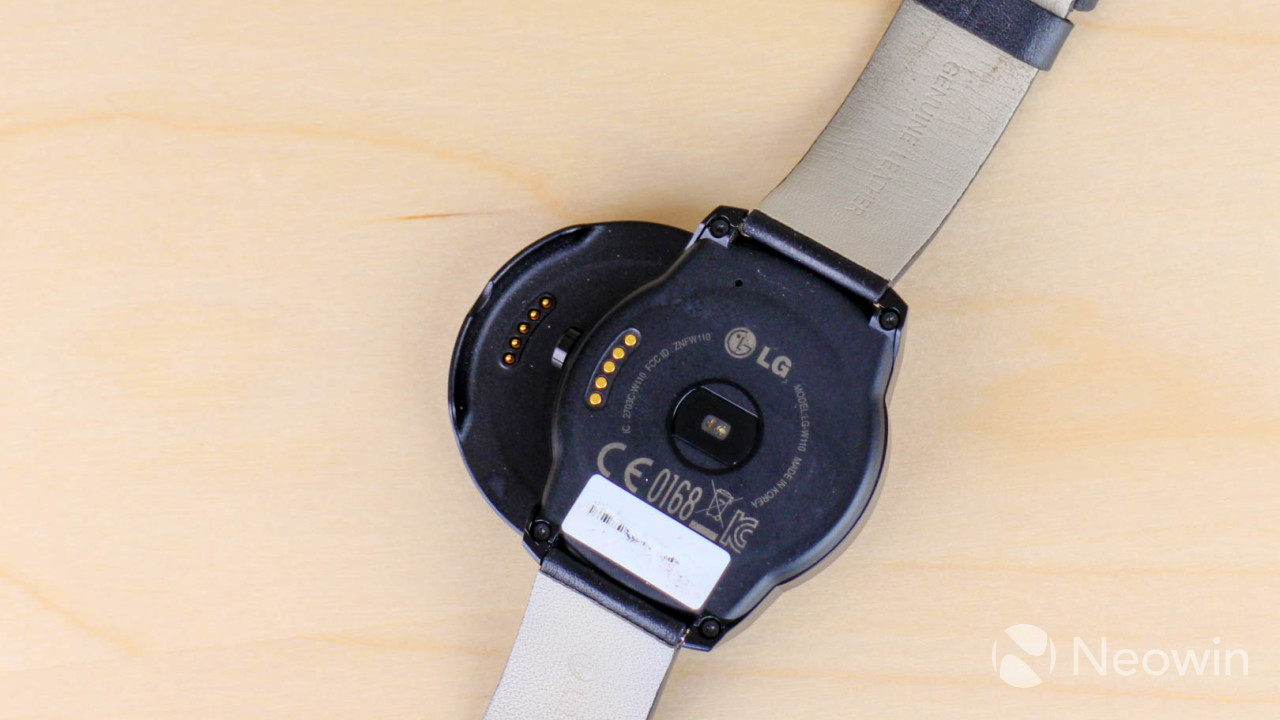 At a cost of £199, the G Watch R is more expensive than its square-faced brethren, but still cheaper than the upcoming circular Huawei Watch and LG Watch Urbane, which both run on Android Wear. It’s certainly not the cheapest smart watch on the market, but it’s actually one of the nicest available wearables running on Google’s platform.

Whether you should buy one, depends on how important battery life and the circular display are to you. For battery life, it's probably wise to consider something like the Pebble whilst if you need a round screen, then wait for Huawei and LG's new watches. 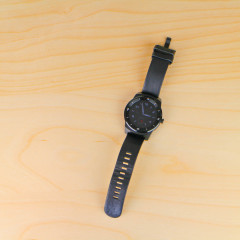 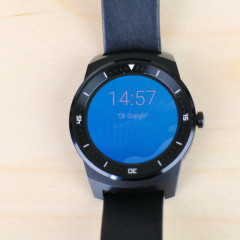 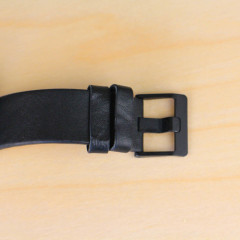 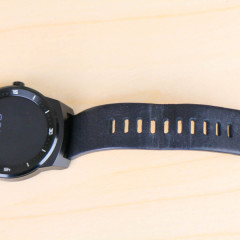 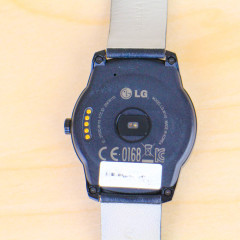 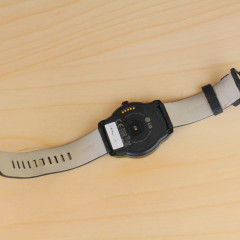 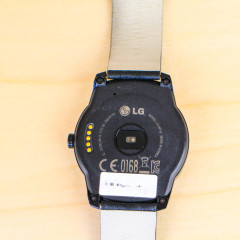 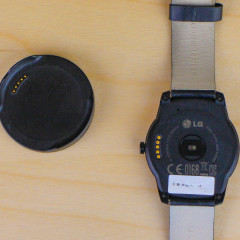 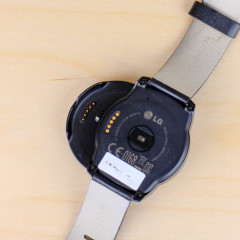 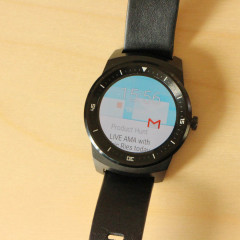 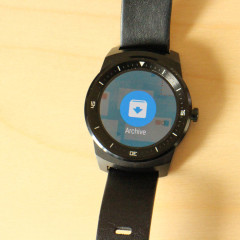 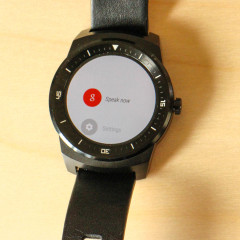