Back in October, Microsoft held their Devices event, launching all of their big name products, including the Lumia 950, 950 XL, Surface Pro 4, Surface Book, and Band 2. You might have blinked and missed it, but they announced the Lumia 550 as well, a budget offering.

There's nothing incredibly exciting about the Lumia 550. After all, it is a budget offering. The device showed up in Microsoft Stores for $139 unlocked and it is not sold by any US carriers.

Qualcomm's latest low end chipset should be a significant upgrade from the Snapdragon 200. While it's still four cores of ARM Cortex-A7, and the clock speed drops from 1.2 to 1.1 GHz, it adds a variety of other features, such as LTE support, a better GPU, and support for 1080p video playback.

If you want an example of the display and the body of the Lumia 550, take a look at the Lumia 640. They're almost identical. In fact, in the time I've spent with the Lumia 550, I've gotten it mixed up with my Lumia 640 at least a half dozen times. 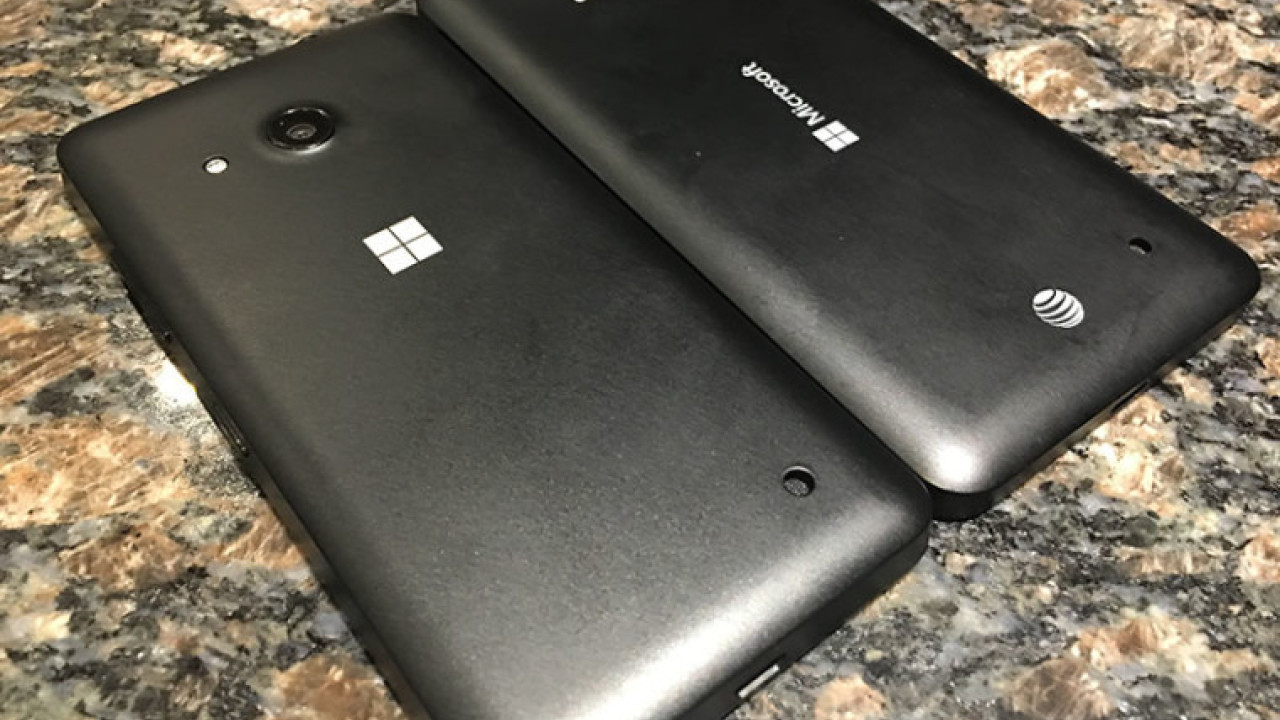 The aesthetic of the body is a classic budget Lumia design. It's also the same as the Lumia 635, but at least the Lumia 635 came in multiple colors.

Of course, Lumia's rich history of colorful casing is long behind us. In fact, while the Lumia 550 comes in black and white in other markets, it's only available in black in the US.

The last thing that I want to note is that the Lumia 550 introduced Glance to the Lumia 5xx line. It's a beloved feature by Lumia lovers, but sadly, it's not enough to redeem the Lumia 550.

One of the most important features in a smartphone today is the camera. I love a DSLR as much as the next guy, but let's be real here. I can't, nor do I want to, carry a camera everywhere I go. That's why it's important that a smartphone can take good quality photos and quickly, even on an affordable device such as this one

As in just about every other area, the Lumia 550 falls just short of being impressive. Both the rear and front cameras are downgrades from its predecessor, the Lumia 540, which came in at 8 MP, 1/4" sensor, and f/2.2 aperture, the same as the Lumia 640 and 650.

The rear camera is the same as the Lumia 535, coming in at 5 MP, 1/4" sensor, f/2.4 aperture, and a single LED flash. The two improvements is that it records 720p video (both the Lumia 535 and 540 recorded 480p) and it supports Rich Capture, which is the one redeeming feature of this camera.

Of course, when it comes to cameras, talk is cheap. Let's look at some samples.

It's tough to judge a camera based on samples without seeing something else side by side. That being said, let's see what that sunset photo looks like when taken by the Lumia 650.

As we can see, there's quite a difference. The Lumia 650 captured the scene with far greater accuracy than its cheaper sibling. It actually looks like the two images were taken at different times in the day. They weren't.

The camera on the Lumia 550 simply isn't up to par, even for a budget model. While some might say that I have unreasonable expectations for a $139 phone, I think it's justified when those expectations were set by that device's predecessor, the Microsoft Lumia 540, which pretty much had the same sensors as the Lumia 650.

Again, for more on that, check out the comparison between the Lumia 550 and 650. It should also serve as a loose guide of how the Lumia 550 measures up to its predecessor.

The front camera is 2 MP with an f/2.8 aperture, so we're not talking about anything amazing here. It does, however, record 720p video at 30 fps, despite most of the reports of specs that I've been able to find.

These days, I should also note that the front camera does not have a flash. LG, Motorola, and Apple have all begun lighting up the display to serve as a flash, rather than building an LCD into the front panel. Microsoft hasn't adopted this technology yet, although I really wish that they would.

As we can see, there's nothing truly impressive here. The front camera is, however, one of the few redeeming qualities that the device has over the Lumia 640.

Depending on your perspective, it might be a pro or con that this device ships with Windows 10 Mobile. After all, many have rolled back to Windows Phone 8.1 due to the bugginess of Windows 10 Mobile, but you obviously don't have that option here.

Because Windows 10 Mobile is buggy, that makes the Lumia 550 buggy. You get the occasional app crash here and there, maybe a random reboot.

Note that these app crashes and random reboots have no rhyme or reason, nor are they exclusive to the Lumia 550. I'm testing Windows 10 Mobile on over a dozen devices - some which shipped with the OS onboard, and others running the latest Insider Preview builds - and I have these issues on all of them. This is a software issue that has gotten, is getting, and will get better in the future.

Of course, the lag will not get better. The Lumia 550 is no different from any other Snapdragon 210 device that I have reviewed; they're all underpowered. Again, this is what I believe led Qualcomm to develop Snapdragon 210v2, also known as Snapdragon 212.

Users also have the option of opting into Fast ring builds on this device (an option not yet available to older Windows Phones), which is a big plus for anyone who wants to test Redstone on the cheap. Of course, this adds another layer of bugs and crashes, which is something that you should expect from the Fast ring.

Even while the OS has improved in many ways compared with Windows Phone 8.1, it's still not a pleasant experience on the Lumia 550. The device lags and it doesn't do anything particularly well. Check out the video review for more on the device's performance:

The battery life - as with most Windows phones that we've seen - is sub-par as well. This should get better as future firmware and software updates roll out. Sub-par battery life is something that I've noticed on all Windows 10 Mobile devices. They just seem to drain the battery quickly, even when they're asleep.

From my experience, the Lumia 550 doesn't make it through the day with average usage.

Here's my usual disclaimer: I don't care much for benchmarks. They rarely show any insight into real world usage. I provide them because I know people want to see them.

First up is AnTuTu, using both the old beta app from 2012 (which is actually useful for comparing Windows phones with each other) and the new UWP AnTuTu v6 beta. 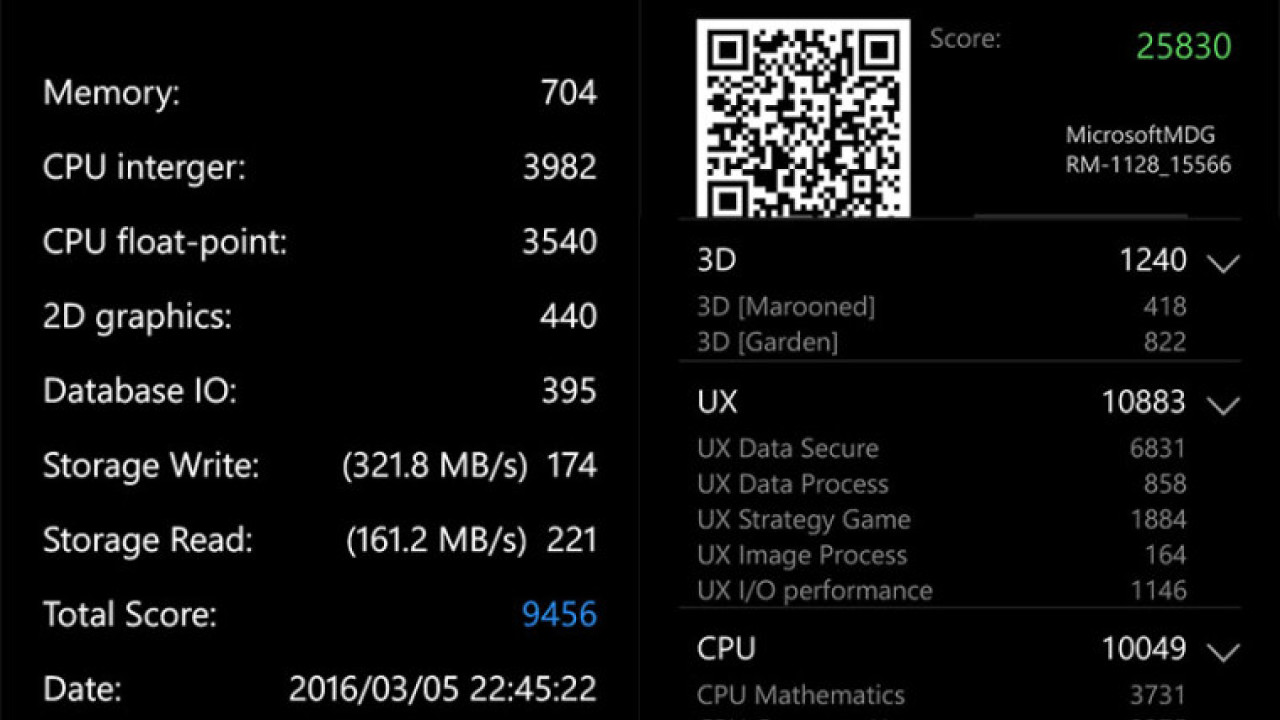 To put things in perspective here, the Lumia 550 is the first Lumia with a quad core CPU that I've ever seen score under 10,000 on the old AnTuTu Benchmark beta app. If you asked me, they changed more than clock speed when they made Snapdragon 212.

Next up is GFXBench, which is famous for GPU testing. 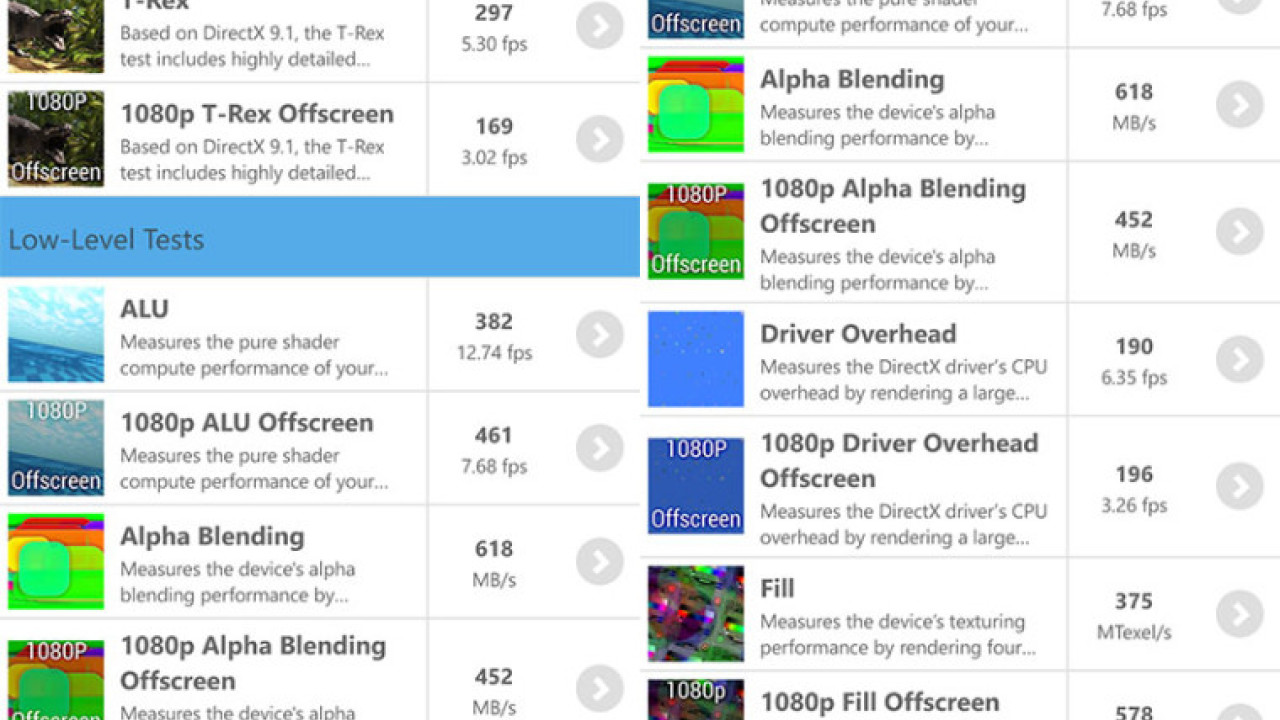 Finally, we have WP Bench. This app is obviously exclusive to Windows Phone, but it provides simple results and also more elaborate testing methods. 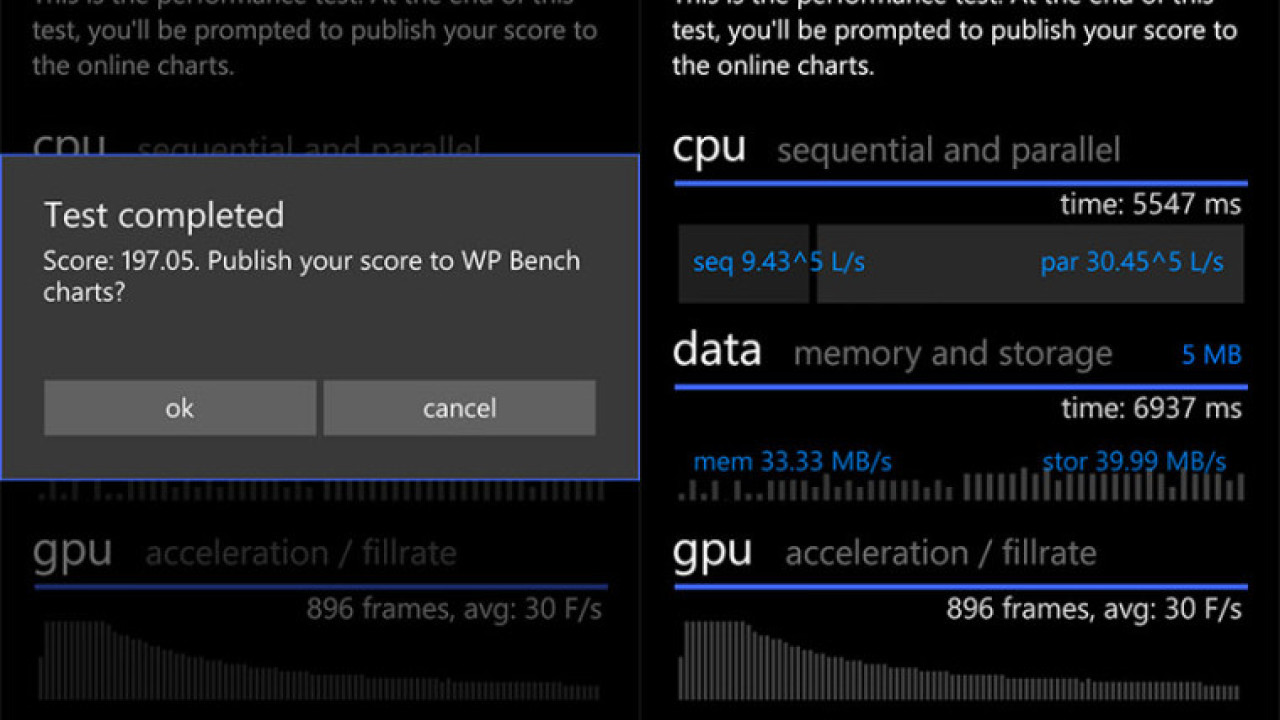 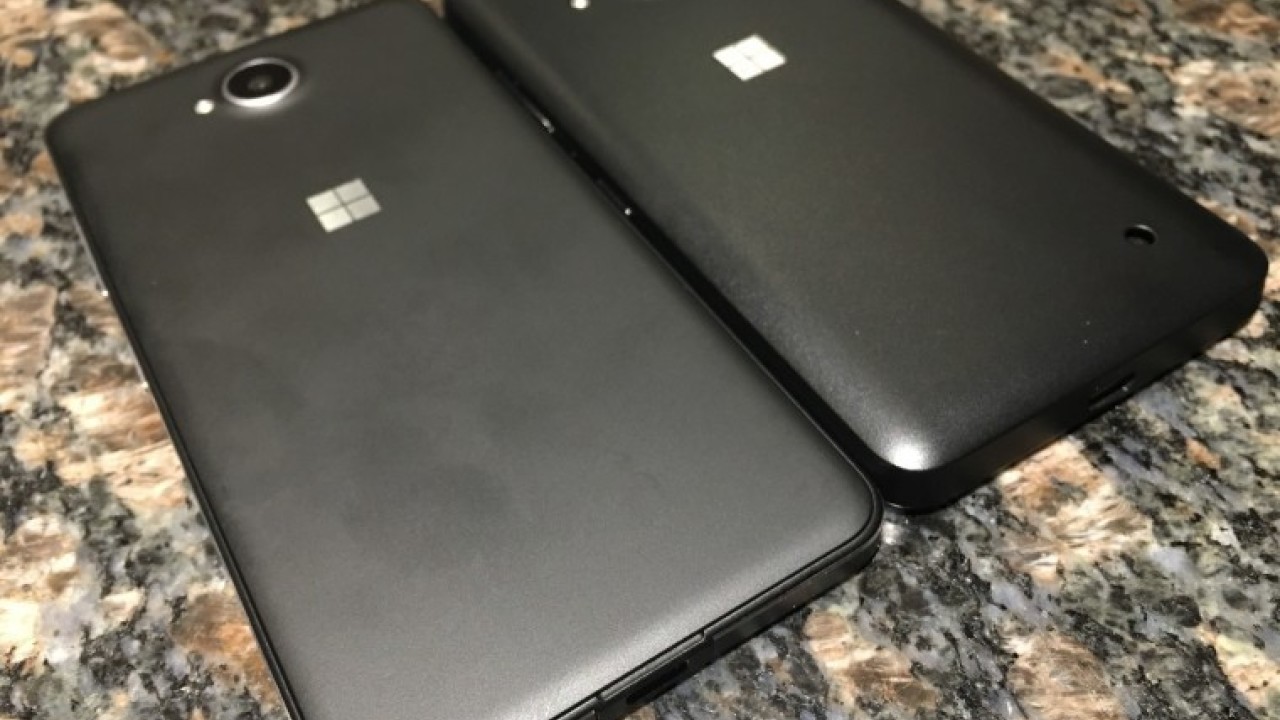 Also, as I stated in our comparison between the Lumia 550 and 650, I do believe that the Lumia 650 is worth the extra $60 that it costs, and then some. I fell in love with the Lumia 650 the moment I began using it. It trumps the Lumia 550 in every way that I can imagine.

In just about every area, the Lumia 550 simply falls short. To me, the precedent is set by the device's predecessor, the Lumia 540. With the exception of LTE and Glance, the Lumia 540 is by far the better device to buy.

Now that we've got all of that out of the way, it's time to answer the real question: is the Microsoft Lumia 550 worth $139?

My answer is no.

Budget phones are all about choosing priorities. No matter what your priorities are, it would seem that there's a better alternative for you, such as a Moto E, Yezz Billy 4.7, Lumia 640, Lumia 650, or LG Lancet.

Also, as I mentioned at the beginning of this review, the Lumia 550 is simply underpowered. If you can manage it, shell out the extra $60 for a Lumia 650. You won't regret it. Personally, I'm just happy that I can finally put my Microsoft Lumia 550 to rest. 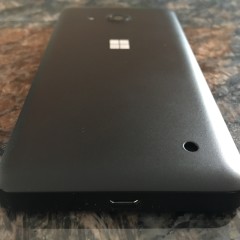 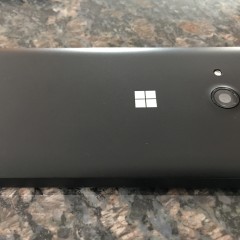 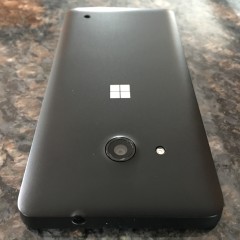 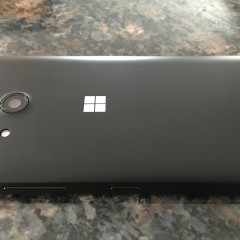 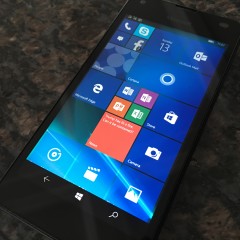