Last week, Google delivered something of a surprise with the release of its first Developer Preview of the next version of its Android OS. It arrived far earlier than most had expected; indeed, many anticipated that it would roll out following an unveiling at the company's I/O developer conference in May, just as it had done with Android 6.0 Marshmallow last year.

The next version is known only as 'Android N' for now, but as with previous versions, it's expected to pick up a delicious-sounding name ahead of its release. And as Android Police reports, Google is referring to it internally as 'New York Cheesecake'; indeed, the 'nyc' initials of this development codename have already begun to appear in resources on the Android Open Source Project (AOSP) database. 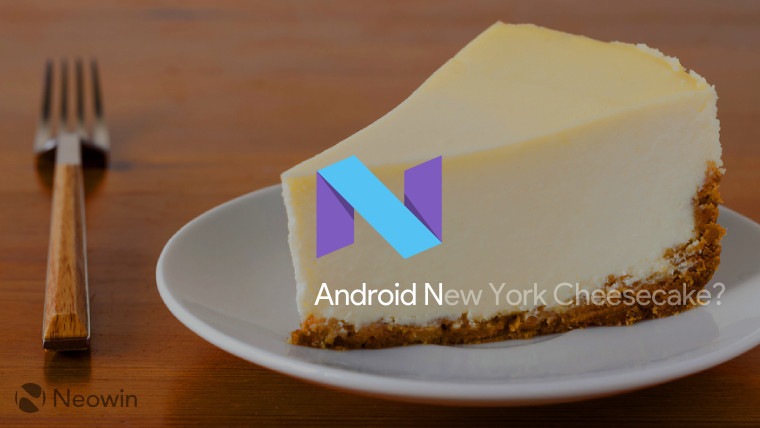 But before we get too carried away with this discovery, it's worth bearing in mind that Google routinely chooses different development codenames for its Android versions from the names it eventually selects for their release:

So while it will no doubt be of interest to some to discover the internal nomenclature of Android N, it probably doesn't bring us any closer to knowing what its final name will be when it's released later this year.

In the meantime, keep the guesses coming - some of our readers have had a go at predicting the sweet treat that Android N will be named after, so be sure to check out their suggestions and join in the discussion!