Last month, news emerged that Nokia has been working on an 8-inch Windows tablet, with the internal development codename 'Illusionist'. A week later, a further source claimed that the device would be revealed at the Mobile World Congress in Barcelona early next year. And just last week, the device was apparently spotted on a shipment manifest, en route from China to India.

It seems that Illusionist is very much real, but if the latest report on the mini-tablet is to be believed, it may never make it into the hands of consumers. MyNokiaBlog says that "a reliable source close to Nokia" has revealed that while Nokia was indeed working on the device, its development and launch has now been cancelled. 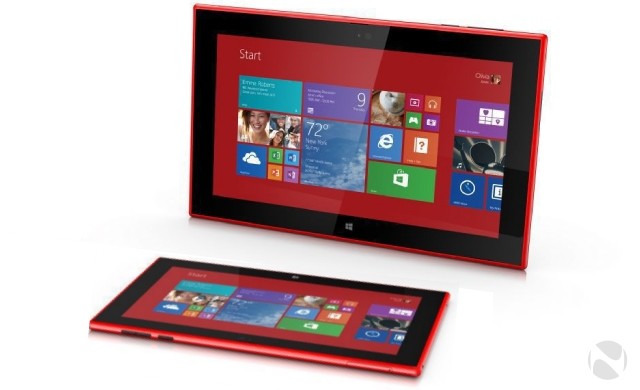 Little and large - but will the Illusionist ever appear?

The report says that the reasons for its cancellation is "unknown", but the site emphasizes its confidence in the credibility of the source and their information. It is possible that the cancellation is a consequence of Microsoft's purchase of Nokia's device business; a smaller version of the Surface tablets is expected next year, and there may not be room in Microsoft's plans for two tablets in that size- and price-range.

Recent reports suggested that Illusionist would go on sale as the Lumia 2020, and the aforementioned import manifest revealed that its Nokia model number was RX-115 (the larger Lumia 2520's model numbers are RX-113 and RX-114). It was rumoured that its specs would closely mirror those of its bigger brother, with a Qualcomm Snapdragon 800 processor and 1080p resolution.