When I started reviewing the NuVision Solo 10 Draw, it was on sale for $99 in the Microsoft Store down from its regular price tag of $249. At that price, there’s tremendous value to a 10-inch tablet that comes with both an active pen and a case.

Obviously, this isn’t a competitor to Microsoft’s Surface Pro lineup, with a processor from Intel’s Atom line instead of a Core i-series chip. Still, considering the reasonable price, the device does have its uses, such as watching movies, reading books, and taking handwritten notes.

The NuVision Solo 10 Draw comes in three colors: Silver, Blue, and Pink. I went with the Blue one, as it’s nice to have something different occasionally. With an aluminum unibody and at a third of an inch thick, it’s a nice-looking device that feels comfortable to use.

Along the top of the device, you’ll find all three ports that the tablet offers, which includes a micro-USB port for charging, micro-HDMI for display output, and a 3.5mm headphone jack. On the right side, there’s a volume rocker and power button, and on the bottom are two speakers. Also, there’s a micro-SD card reader on the upper-left side. 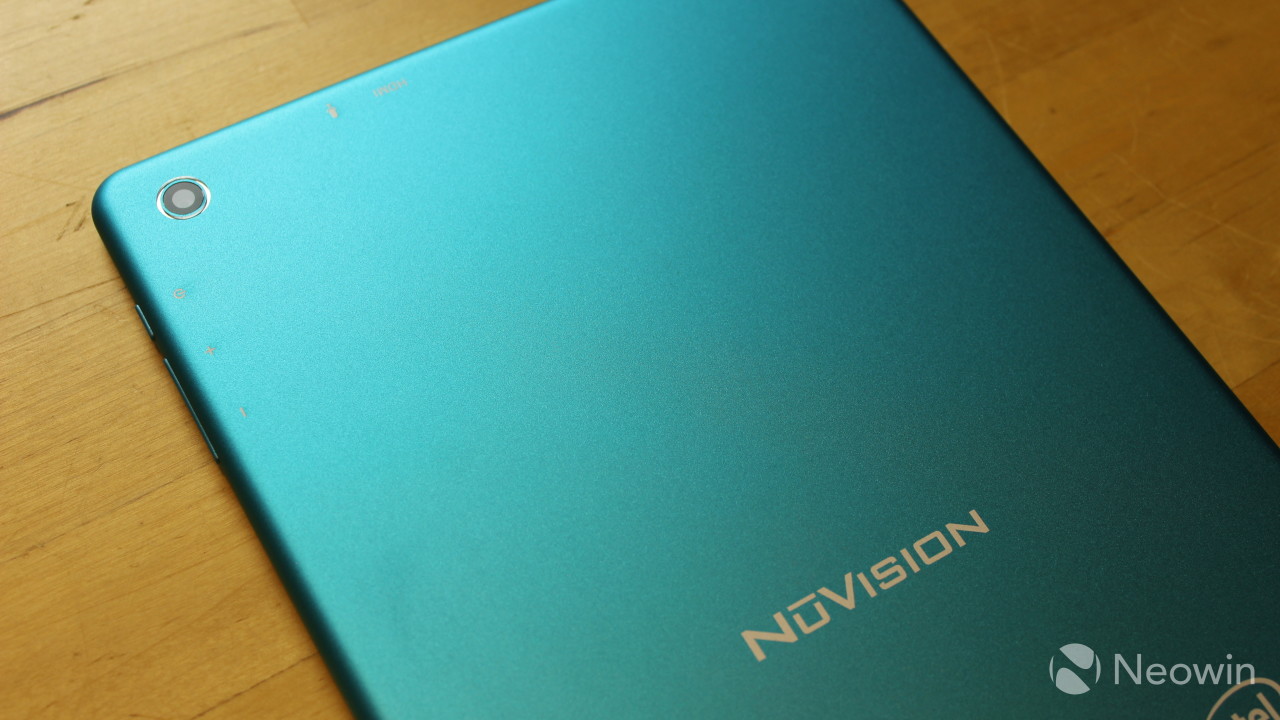 The 10.1-inch 1920x1200 LCD looks pretty good, considering the price tag. One of the benefits to this is that you can stream movies in Full HD, which I’ve found to be one of the main use cases for such a device. It’s worth noting that both Netflix and Hulu have apps in the Windows Store that are regularly supported.

Below the display in portrait mode is a capacitive Start button, which can be used to launch the Start Menu. It’s a handy feature to have, considering that this device is meant to be used mainly as a tablet.

After all, you could pair a Bluetooth keyboard, but as I mentioned above, this is not a Surface competitor. There is no kickstand, and there are no pins for an attachable keyboard. If you wanted to use the Solo 10 Draw like a PC, you certainly could, but you’d need a stand, and either Bluetooth peripherals or a micro-USB to USB adapter.

Unfortunately, the speaker quality is about what you’d expect from a budget tablet. It’s really just not that great. There are two speakers on the bottom of the device, which is the side while watching movies in landscape mode, so it feels like all of the sound is coming from one side (because it is).

It doesn’t get very loud, and it sounds kind of tinny.

Of course, you have the option of using headphones, and there’s also the micro-HDMI port, so you can plug the device into your television and watch movies that way. This can be really useful if you don’t own a smart TV or a set-top box, as you can use it to watch Netflix, Hulu, or videos from Microsoft’s Movies & TV service.

The pen and case

The active pen that’s provided supports up to 1,024 levels of pressure sensitivity, unlike Microsoft’s new Surface Pen, which goes up to 4,096 levels. It does use Microsoft’s N-Trig technology though, which means that you can swap it out for a Surface Pen, or a variety of others. 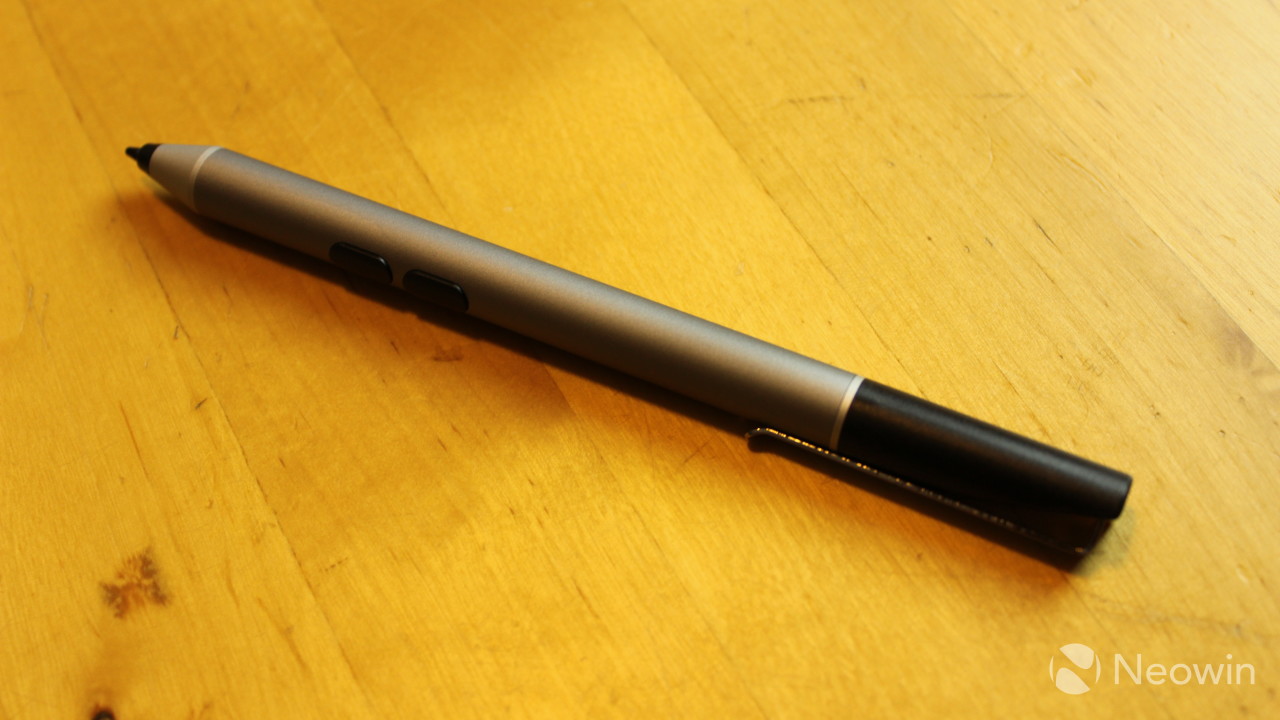 That also means that it requires a battery, which is AAAA. I’m not a big fan of pens that require batteries, but that’s irrelevant at this point since the vast majority of them do at this point.

The good news is that the pen is very useful on a device like this. It comes with Office Mobile pre-installed, so you can use the pen with that, but you can also use it to draw a route in Maps, mark up an image in Photos, a website or PDF in Edge, take handwritten notes in OneNote, draw in the Windows Ink Workspace, leave yourself a reminder in Sticky Notes, and more.

You’re unlikely to be using a mouse with this device, so it’s nice to have that input method. Also, to be honest, Windows 10 kind of sucks as a tablet operating system. Win32 apps aren’t designed for touch, and when using a text field in one of them, you need to manually launch the onscreen keyboard.

As far as latency goes, the pen is pretty much average. It’s not on par with some of the premium devices that are coming out these days, but this is a $249 tablet that comes with a pen included. 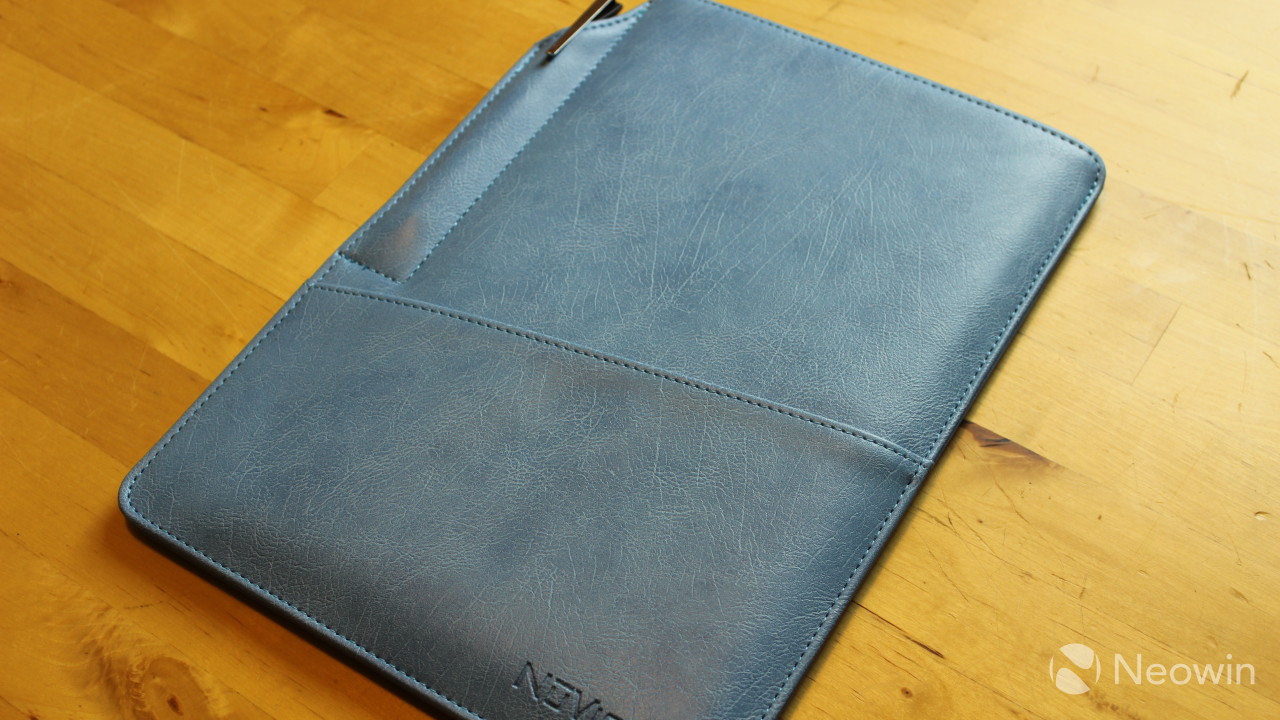 It has a clip on it, but you’ll likely be carrying the pen around with the tablet in the included sleeve. The sleeve matches the color of the device, so mine is blue, and it has three compartments: one for the pen, one for the tablet, and a smaller pocket for accessories.

Normally, I do battery life estimates based on real-world usage, which generally consists of the Win32 apps that I use on a day-to-day basis. I did this one differently, because Win32 apps probably wouldn't be considered the best way to use it, so I just ran videos in Netflix and Hulu for about seven hours. 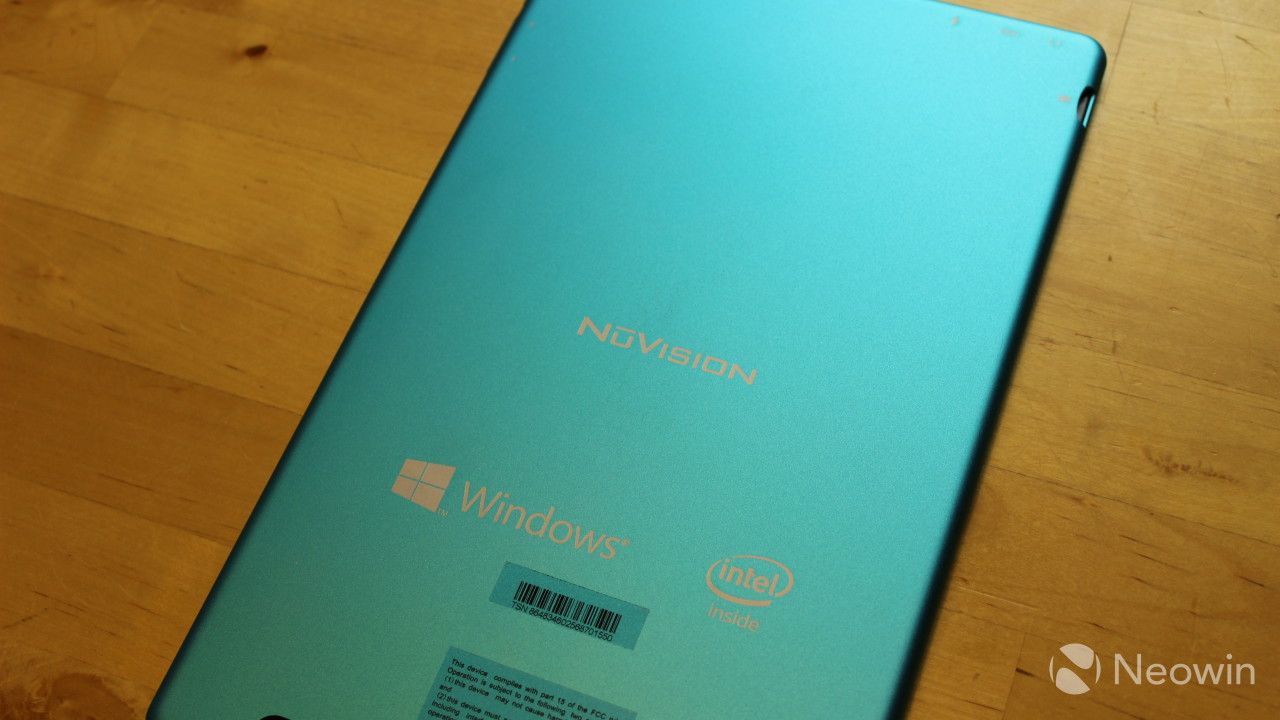 And I was able to achieve seven hours multiple times, despite the fact that the Microsoft Store listing says that the Solo 10 Draw is good for up to six hours.

As far as charging goes, it's micro-USB, which is a bit disappointing. There's also no fast charging technology, and you'll want to make sure that you use the charger that comes with the device.

The key thing to remember with a device like the NuVision Solo 10 Draw is value. It's not the best device on the market, but it's a great deal for its price, especially when it's discounted, and the Microsoft Store often offers deals on NuVision's tablets. 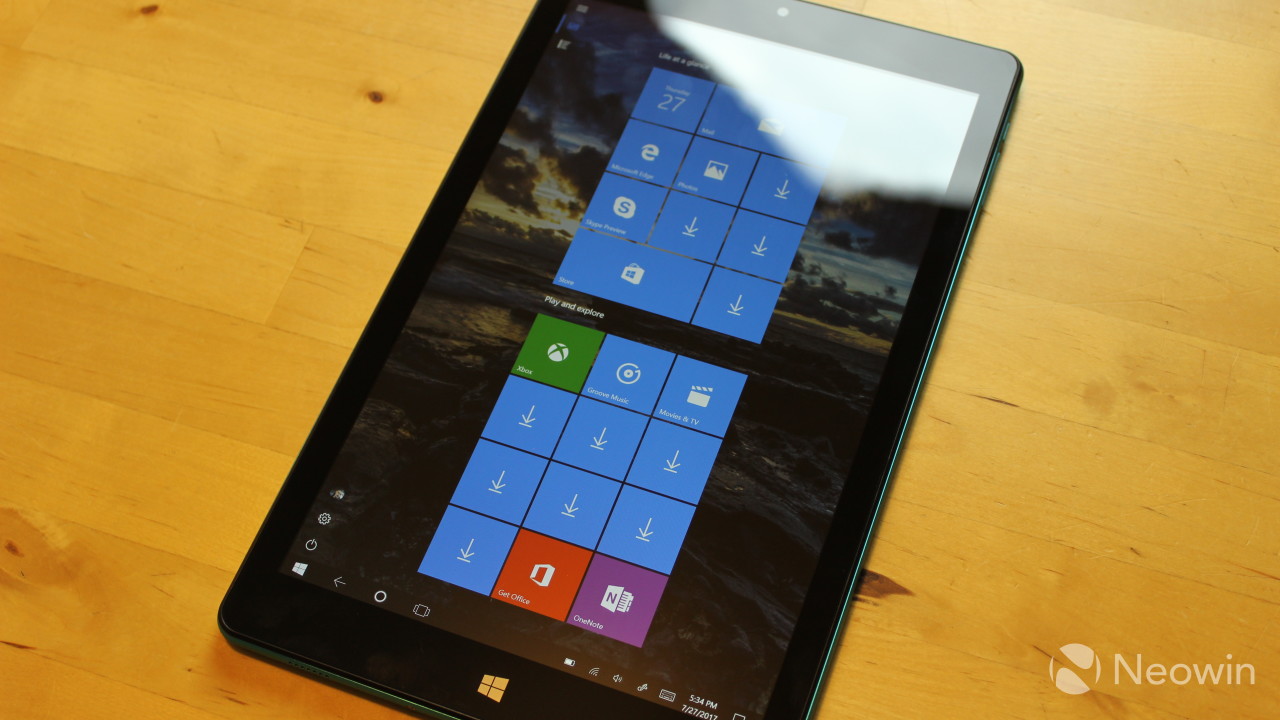 In this price range, there really aren't a lot of full-size Windows tablets that offer pen support, let alone that come bundled with a pen. And that opens up a world of possibilities; Windows 10's Ink features have a world of features that are built right into the OS. In Maps, you can draw a line between two spots and the app will map out a route for you, and in Edge, you can write on websites. Of course, we can't forget about taking notes in OneNote.

The micro-HDMI expands the usage as a media tablet, as it can stream movies and TV shows right to your TV. Or you can just lie down in bed and watch a movie on the tablet itself, since it's pretty thin and light.

Of course, performance isn't great, nor is the audio quality of the speakers. Still, this tablet is cheap, and almost anyone can find a use for it.

Oh, and did I mention? We're giving it away! Stay tuned for details! 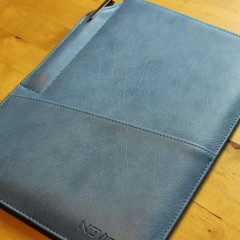 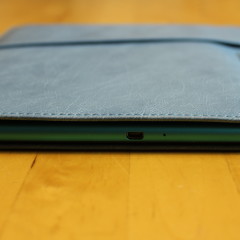 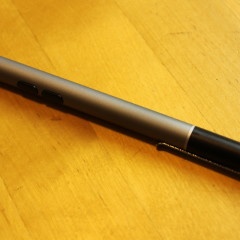 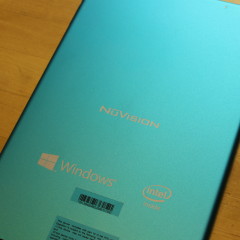 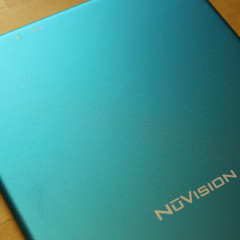 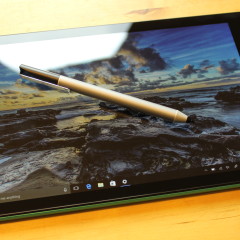 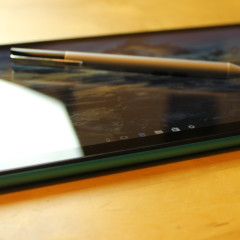 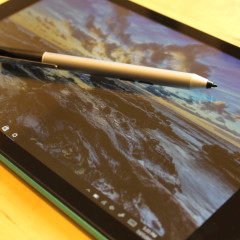 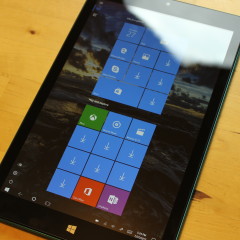