Valiant Hearts: The Great War is a World War I-themed puzzle adventure game published by Ubisoft. Even though it made its way to Steam, Xbox 360, PlayStation 3, Xbox One, PlayStation 4, Android and iOS back in 2014, it just made its debut on the Windows 10 Store a few weeks ago. The game received critical acclaim and was lauded by gamers for its narrative-styled gameplay, intriguing puzzles and fantastic artwork.

Valiant Hearts is free to download as a universal application for both Windows 10 and Windows 10 Mobile, with additional episodes available as separate in-app purchases. 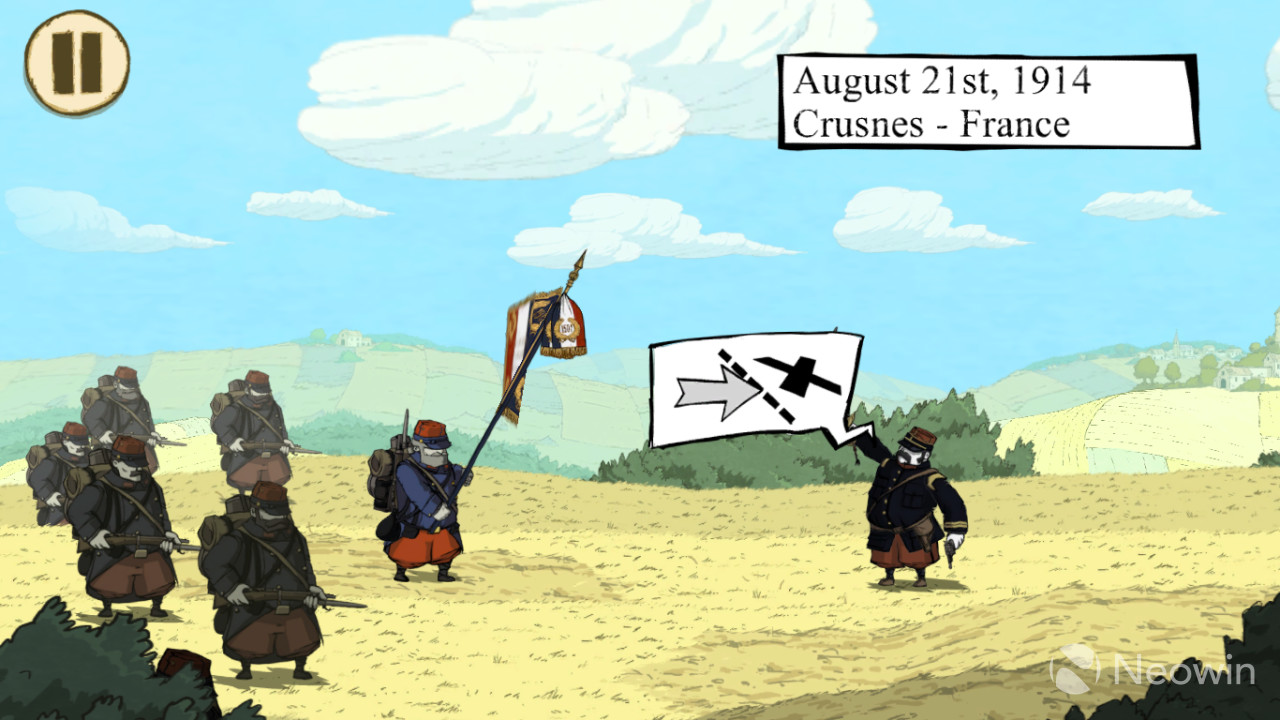 Valiant Hearts is a four-part episodic puzzle adventure game that takes place during the first World War, where gamers can play as four characters, namely the Frenchman Emile, his German son-in-law Karl, a Belgian nurse Anna and an American soldier Freddie.

In 1914, the Archduke of Austria, Franz Ferdinand is assassinated in Sarajevo which results in Germany declaring war on Russia. Initially, players have to assume the role of Emile, and after completing training, Emile is pitted against the Germans at the Battle of the Marne where his unit is wiped out and he is captured as a prisoner of war, severely wounded.

If this doesn't sound epic enough, there is plenty of action to follow with several escape attempts, raids, assaults as well as interesting new characters. The story is immersive and very emotional, and it presented to me the true horrors of war in a way no game had done before (looking at you, Call of Duty).

I felt very emotionally attached to Emile, reading excerpts from his diary on the menu screen and even as I attempted to outrun German bombardment and dodge bullets in the war-torn setting as I tried to keep my character alive. The story is aptly-paced, and kept me on the edge of my seat throughout the few levels I was able to play on the Windows 10 version of the game. 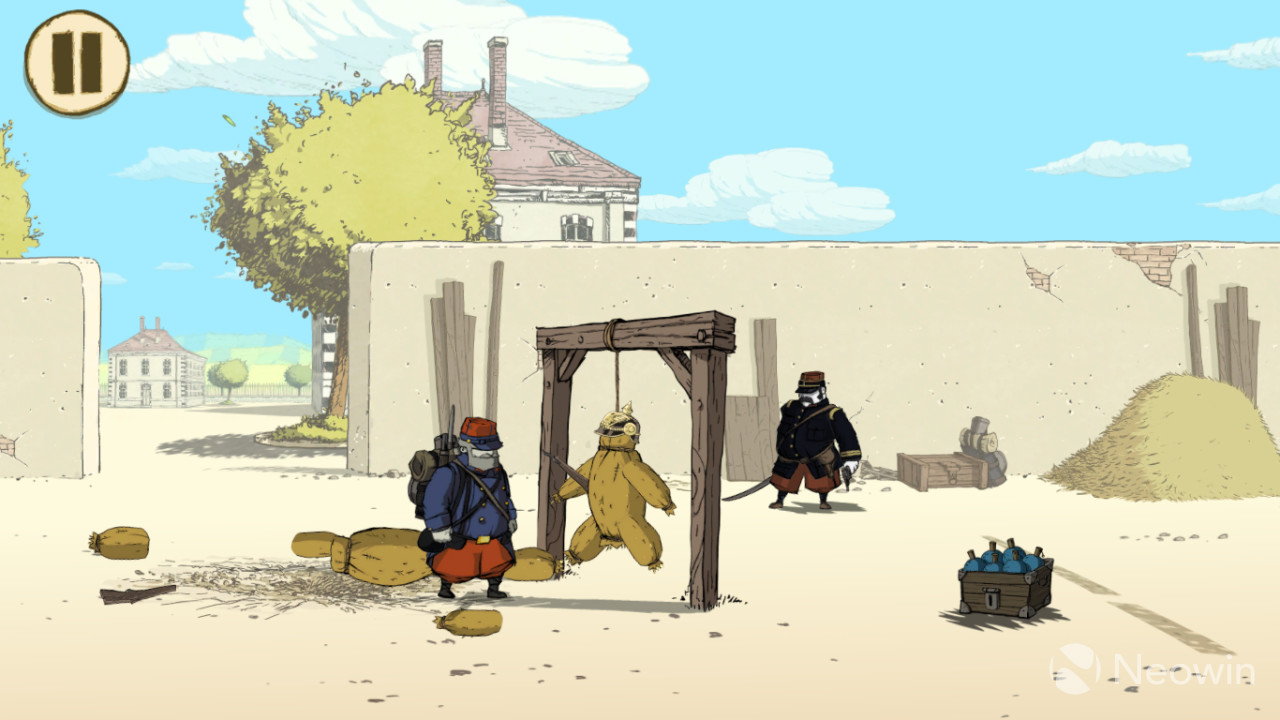 The game begins with the traditional tutorial where players can learn to control their character, including the ability to walk, run, melee attack and throw grenades. The controls are pretty standard and easy to understand, with movement controlled via clicking on the areas of the screen where you want your character to move. Melee attacks are accomplished by swiping sideways across your opponent, jumps cans be performed, when required, by swiping upwards and players can interact with the surroundings as well as Non-Playable-Characters (NPCs) by simply clicking on them. Lastly, grenades can be thrown in a way similar to the Angry Birds games (picking up a grenade and aiming with a dotted line by pulling the cursor away from the character to choose power and angle). 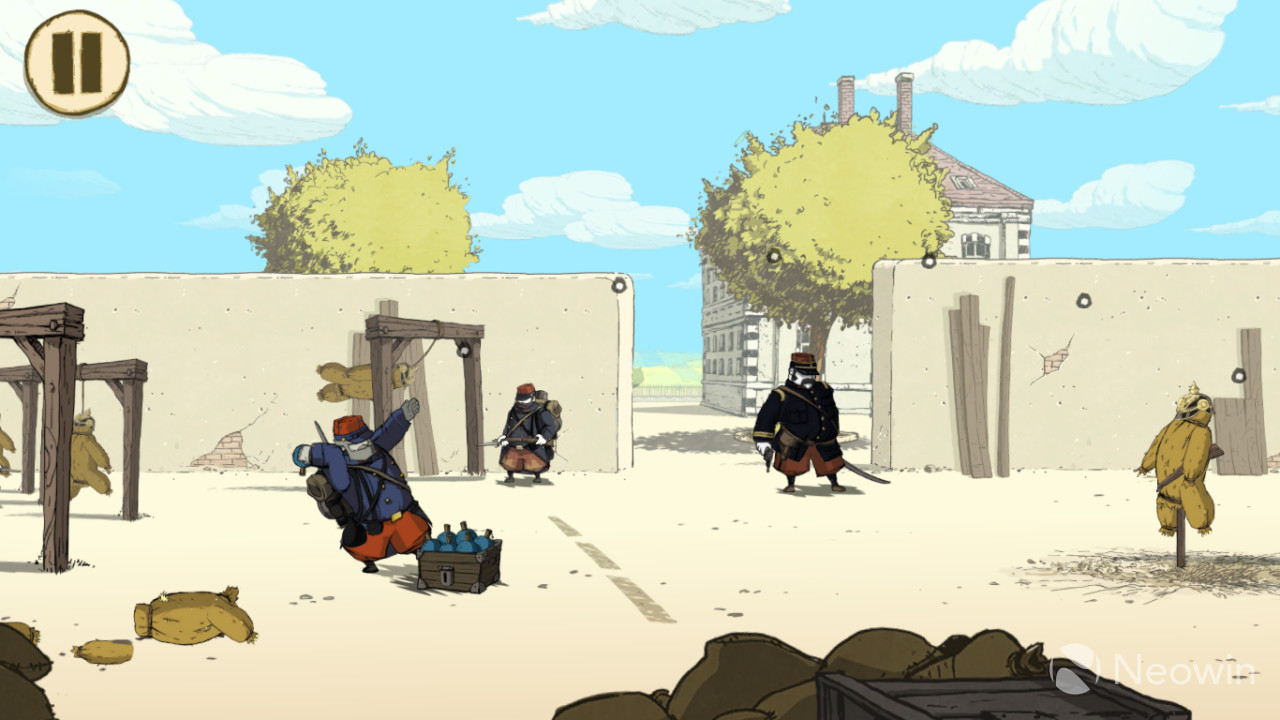 I mastered these controls quickly enough and didn't feel the need to replay the tutorial once I was done with it.

Another aspect of the game that piqued my interest in it were the numerous collectibles can be found in the game. Before starting a new game, I generally tend to gather every possible bit of information about the background of the game, its setting and its characters. Needless to say, the extra knowledge in Valiant Hearts regarding the World War I was intriguing to read through, albeit being presented in a relatively light-hearted way.

Pausing the menu allowed me to view the history of any items that I collected such as the German Helmet, and what may appear to be a simple metal nib (but has a history attached to it), among others. Another interesting aspect of Valiant Hearts is that the developers have added a section of "Historical Facts" should players ever feel the need to take a break from the game and read about World War I in a concise manner. There is also a "Hints" section (which can be turned off in the Veteran mode) in the pause menu if players are stuck on a particular level. Personally, I felt the first few puzzles in the game were relatively easy and I didn't feel the need to use the particular section.

All in all, the gameplay is satisfying with simple and easy to use controls, and extra details such as historical facts and hints suitably placed in the pause menu.

While Valiant Hearts is fun to play because of its narrative and gameplay, another feature that stands out are the cartoonish graphics used in the game. Animations are ample in number and provide a light-hearted tone to a game that is otherwise based on one of the most terrifying time periods in human history.

Being an avid DC Comics fan and an intermittent manga reader, I felt right at home with the graphic novels-based style used throughout the game. The artistic style of the game appealed to me on a personal level. Coupled with a slow and sometimes dramatic music (during levels showcasing the destruction of the war), Valiant Hearts allowed me to feel the moments I was playing, providing an immersive and thoroughly satisfying experience. 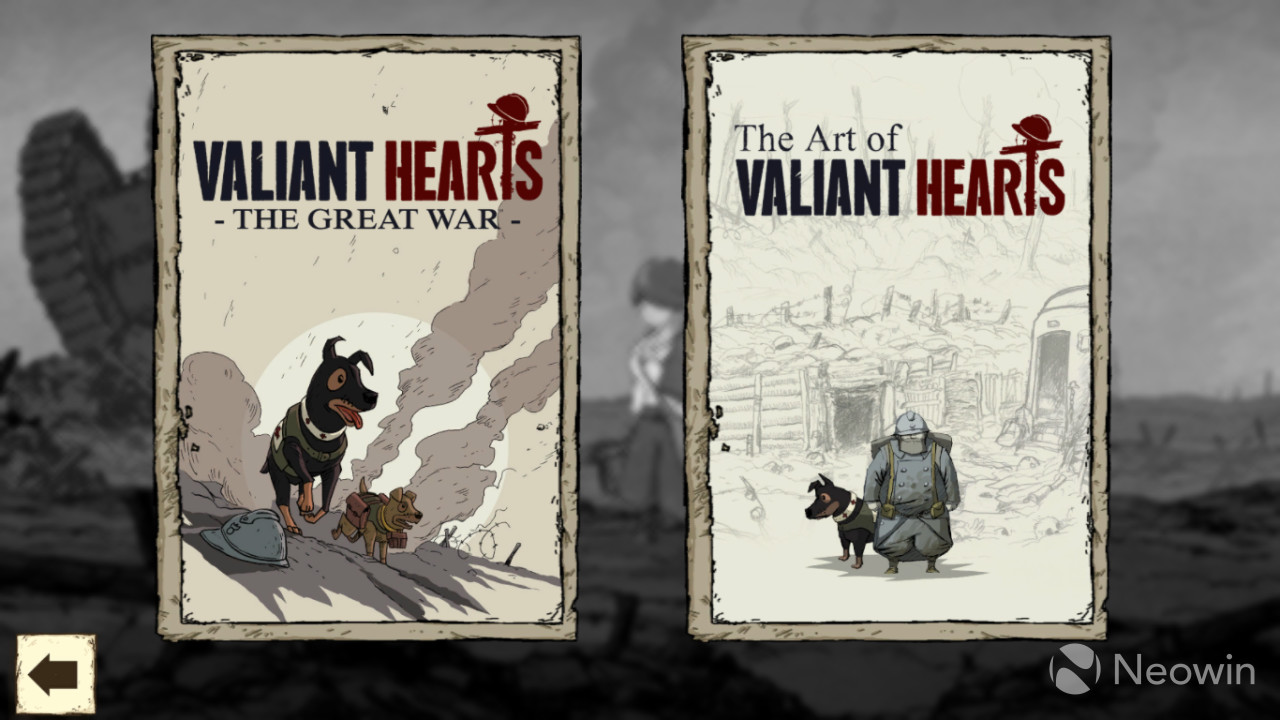 A narrator explained the background before each level with the aid of some fantastic artwork, but the levels themselves contained no audible dialog. Whenever a character spoke during the game, all I heard was gibberish, which was very reminiscent of the Sims games. The crux of their dialog was explained with the aid of speech bubbles and illustrations which were not difficult to understand. This further helped in softening the tone of the game, while keeping the emotional drama intact.

Another welcome addition in Valiant Hearts is the exclusive bonus content which is available for free. This includes a touching graphic novel which details the story of two dogs of war, as well as a section which showcases the enticing artwork used in the game.

While the graphic novel appeared slightly childish at first look, I was instantly absorbed in it once I actually came around to reading it. The artwork is quite fantastic as well and showed the amount of effort the developers had put into Valiant Hearts.

If you scrolled down to see Neowin's rating of Valiant Hearts before reading our full review, you might have noticed that the game isn't flawless, contrary to the aforementioned paragraphs. Granted, I didn't find any major bugs in the game's levels themselves, rather, the issue presided on Ubisoft's end.

A major problem is that the in-app purchase system is simply broken. I was greeted by a "_ _ _" when I attempted to purchase additional episodes and was asked to check my internet connection, even though it was perfectly stable. Turning the internet off and on again or even reinstalling the game didn't help, which left me quite frustrated even though I had thoroughly enjoyed the first few levels.

Numerous users have cited the issue on both the Windows and the Windows 10 Mobile Stores, which further confirms that the issue is on Ubisoft's end. 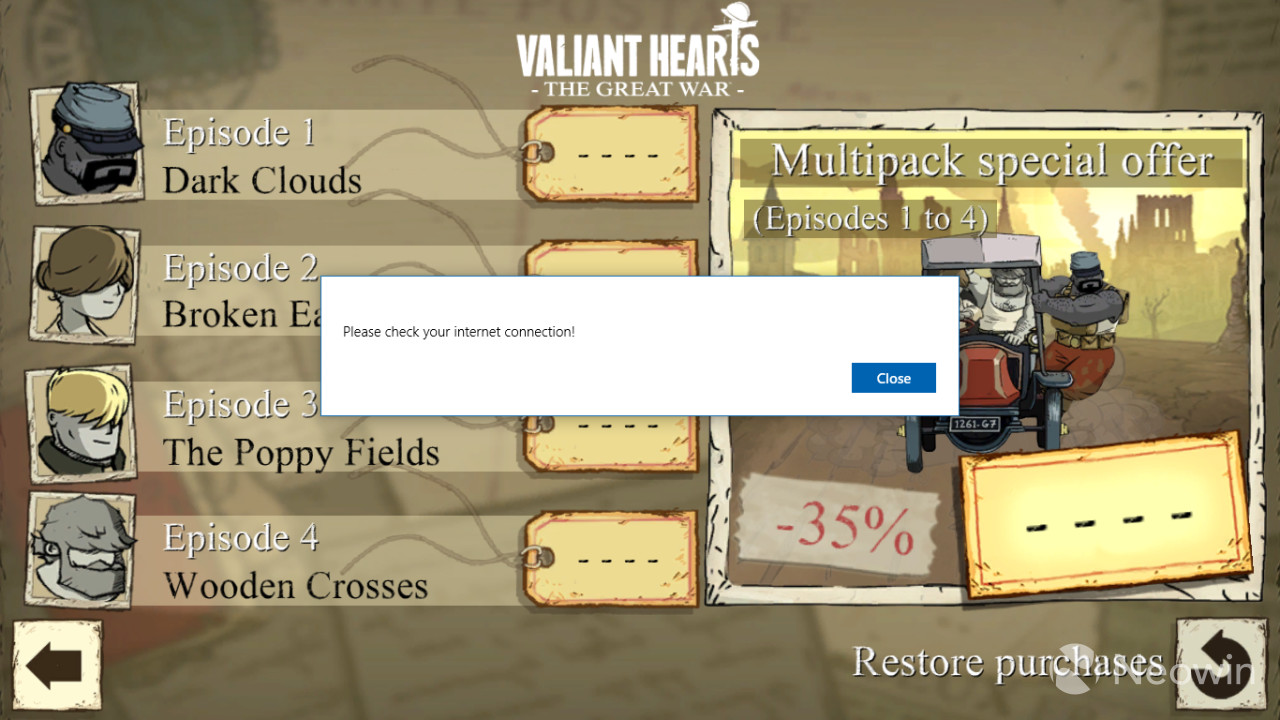 As a result, after I completed the extremely brief trial mode; which took me roughly 15 minutes to complete, I had absolutely nothing to do except to wait for a fix from Ubisoft, which is still nowhere to be found in almost the three weeks this game has been launched on the OS. This considerably hampered an otherwise exciting experience and I sure hope that the company issues a fix for this problem before it loses too many fans (many users have already uninstalled the game because of this issue according to the reviews in the store).

Another flaw in the game is the lack of separate save states. Just for the purpose of this review, I had to delete my previous saved data and start a new game so I could capture screenshots. Simply put, you can't start a new game or even play an older level without deleting your original saved data, which leaves no room for replay value.

Currently, Valiant Hearts: The Great War is rated at 4.2/5 on the Windows Store; which is a bit high for the current state of the game, with numerous players citing the aforementioned issues. However, if Ubisoft fixes these issues, I can easily see this becoming one of the best-rated games in the Windows Store.

You can download Valiant Hearts: The Great War for free from the Windows Store. However, it is noteworthy that a few levels of the first chapter are available for free, with subsequent chapters and levels priced between $0.99 and $3.99.

What do you think of Valiant Hearts: The Great War, would you like Neowin to review any other Windows 10 Store game? Let us know in the comments below or reach out to me via Twitter @WinPhanPakistan.

Valiant Hearts: The Great War was reviewed via a copy purchased from the Windows Store by Neowin itself. The game was tested on a a Dell Inspiron 5558 with the following specifications: 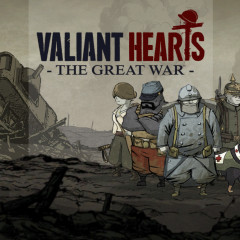 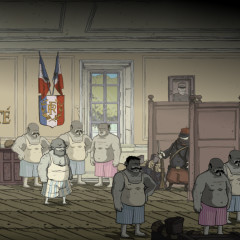 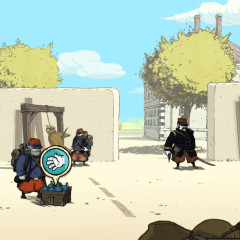 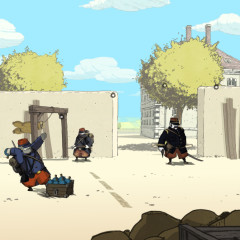 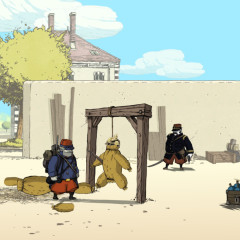 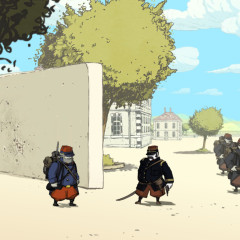 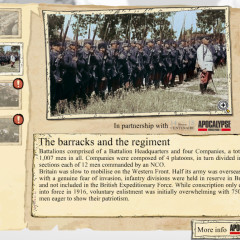 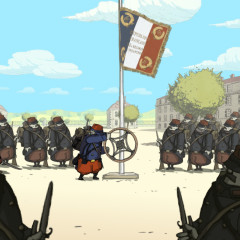 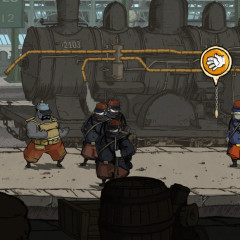 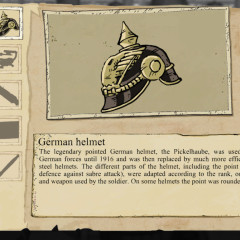 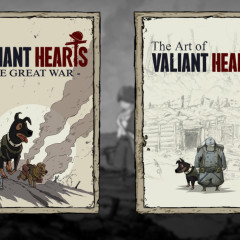 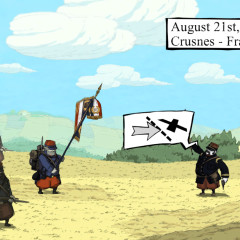 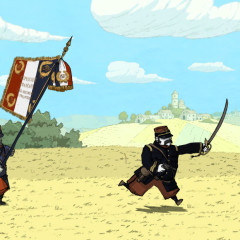 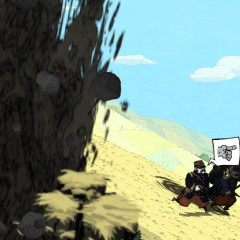 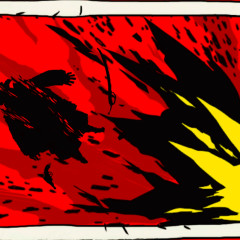 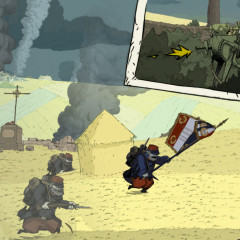 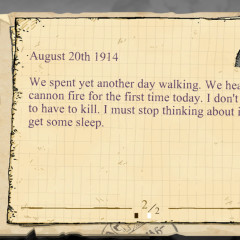 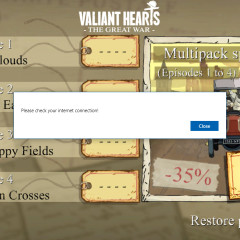