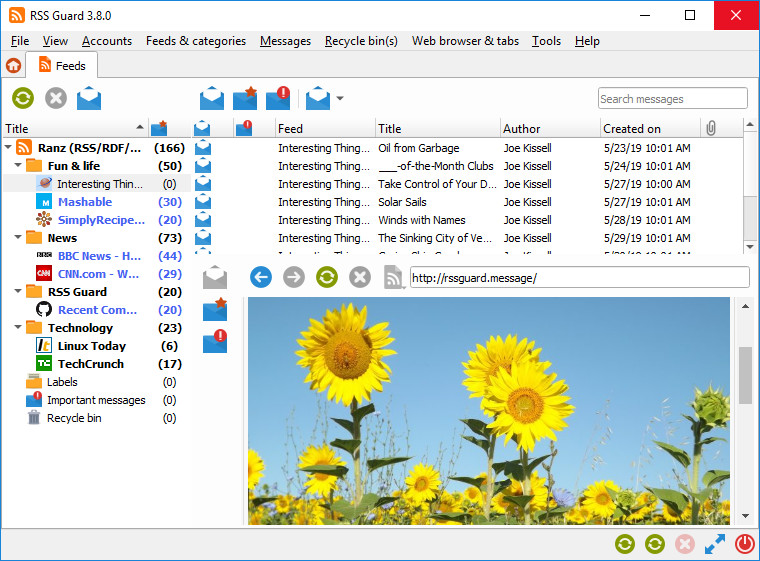 RSS Guard is a simple (yet powerful) feed reader. It is able to fetch the most known feed formats, including RSS/RDF and ATOM. It's free, it's open-source. RSS Guard currently supports Czech, Dutch, English, French, German, Italian. RSS Guard will never depend on other services - this includes online news aggregators like Feedly, The Old Reader and others.

RSS Guard is developed on top of the Qt library and it supports these operating systems: