With the cancellation of the Microsoft Courier project which was revealed back in 2009 still fresh in the back of our minds, Samsung could bring to the fore some of those shattered dreams, when it announces the next Galaxy device in 2018. 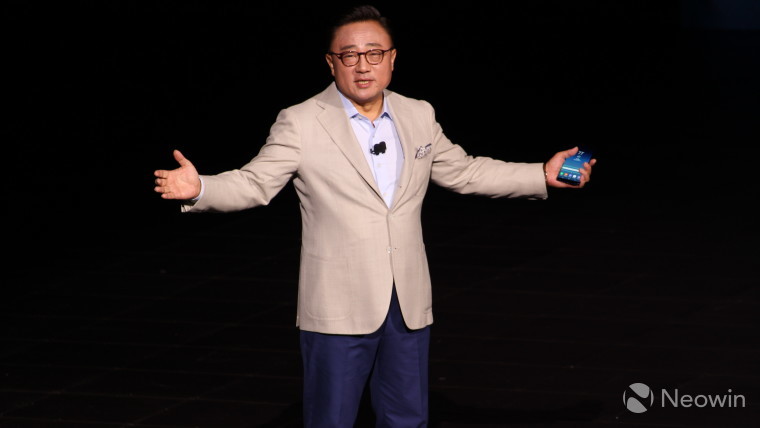 During the Samsung Media Day event held in Seoul today, the President of Mobile Business, Koh Dong-Jin was asked about the possibility of a foldable Galaxy device, and when such a project would come to fruition. The answer was quite positive, with the executive pointing to next year, unless some production issues can't be overcome:

“As the head of the business, I can say our current goal is next year. When we can overcome some problems for sure, we will launch the product.”

Dong-Jin did not elaborate further on what these problems might be, but the idea of a foldable Galaxy Note device could make sense since the latest iteration in the range is already pushing a massive 6.3-inch display. It's already nearly bezel-less and, as such, increasing the screen size would push the Note it into tablet territory, so to keep the 'mobile' aspect will require the company to allow for the next Note device to be foldable. However, one can assume that such a device might push up the current $950 price tag for the Note series up even further.

Among other things discussed, the executive confirmed that Samsung is working on its own Bixby-powered home speaker, which we reported on earlier with the company taking advantage of its recent acquisition of Harman, to build the device.

The Galaxy Note8, however, will go on sale on September 15 in several countries worldwide and is currently up for pre-order. Pricing comes in at the aforementioned $950 but is dependent on your carrier or local retailer. Samsung also noted recently that pre-orders for the Note8 have been 'the best ever'.