Earlier this year, Microsoft showed off a new feature in Windows 10 Mobile that allows a person to effectively use their handset as a mini-PC, connected to any compatible display. In fact, that’s pretty much how Microsoft’s Joe Belfiore explained it: “With Continuum for phones, we believe any phone can be your PC.”

You can even connect a keyboard and mouse, and when you do, the phone interface transforms into a PC-style UI, offering you desktop-style versions of Windows Universal Apps, such as Office. Indeed, Microsoft is turning Windows 10 Mobile devices – at least, those that will initially support Continuum – into basic, ultra-portable PCs.

It would be easy to dismiss Continuum as a gimmick, a cool feature that most people will use once and then never think about again. But consider the way computing is changing, and you may see things in a rather different way. 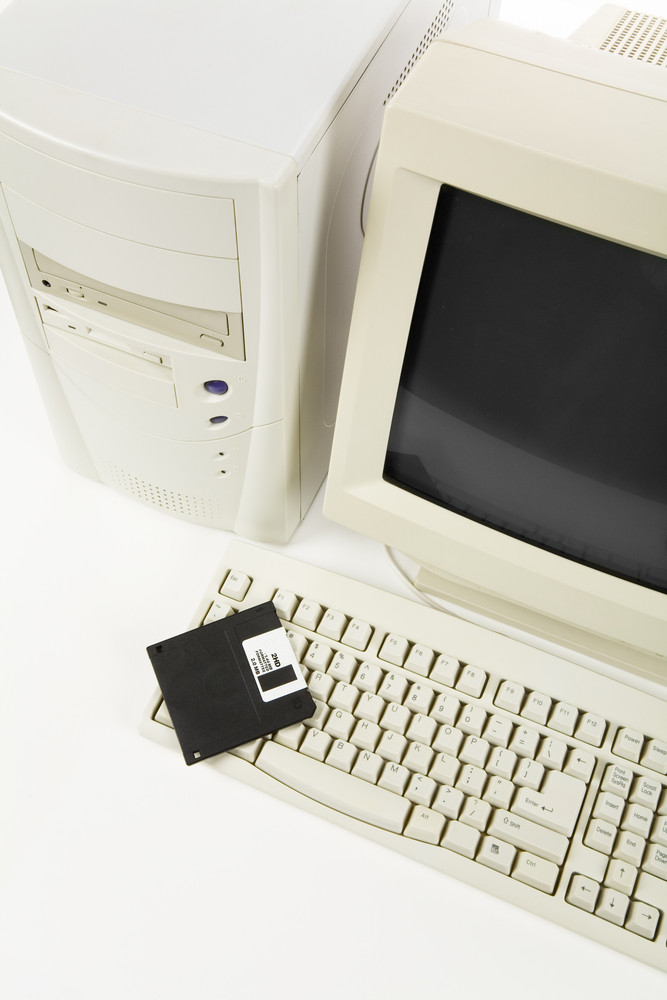 Not all that long ago, most of us relied on vast, beastly machines for our computing needs – big, bulky PCs that sat in one place in our homes and offices. But over the last two decades, things have changed. Consumers and businesses alike are shifting to a more mobile way of computing, relying increasingly on smartphones, tablets and notebooks – but it’s our smartphones that matter most to us.

With each new generation of handsets, each of us is coming to depend more on our smartphones to get things done. Our personal and professional lives regularly converge on these indispensable devices, and many of us often wish that we could do even more with them, growing frustrated when we reach the limits of what our mobile hardware and software can do.

But with Continuum for phones, Microsoft is revealing a new side to the smartphone – rather than viewing handsets as purely ‘mobile’, the company is now exploring how it can turn your phone into a better companion when you’re not on the move as well.

Turning your Windows 10 Mobile handset into a mini-PC that can be connected to virtually any monitor is the first step on that journey, and it’s a potentially significant one. There are clear benefits for business customers, such as only needing to carry one device when traveling regularly. Consider another example too: imagine the owner of a small business being able to use one handset as their personal smartphone and work PC, helping to reduce equipment costs.

Indeed, Microsoft made it clear this week that business handsets will be one of the three key areas on which it will now focus its mobile efforts, and it seems likely that Continuum will be a significant part of that proposition. But what of consumers – will they be equally impressed by the ability to connect a phone to a display and use it like a PC? 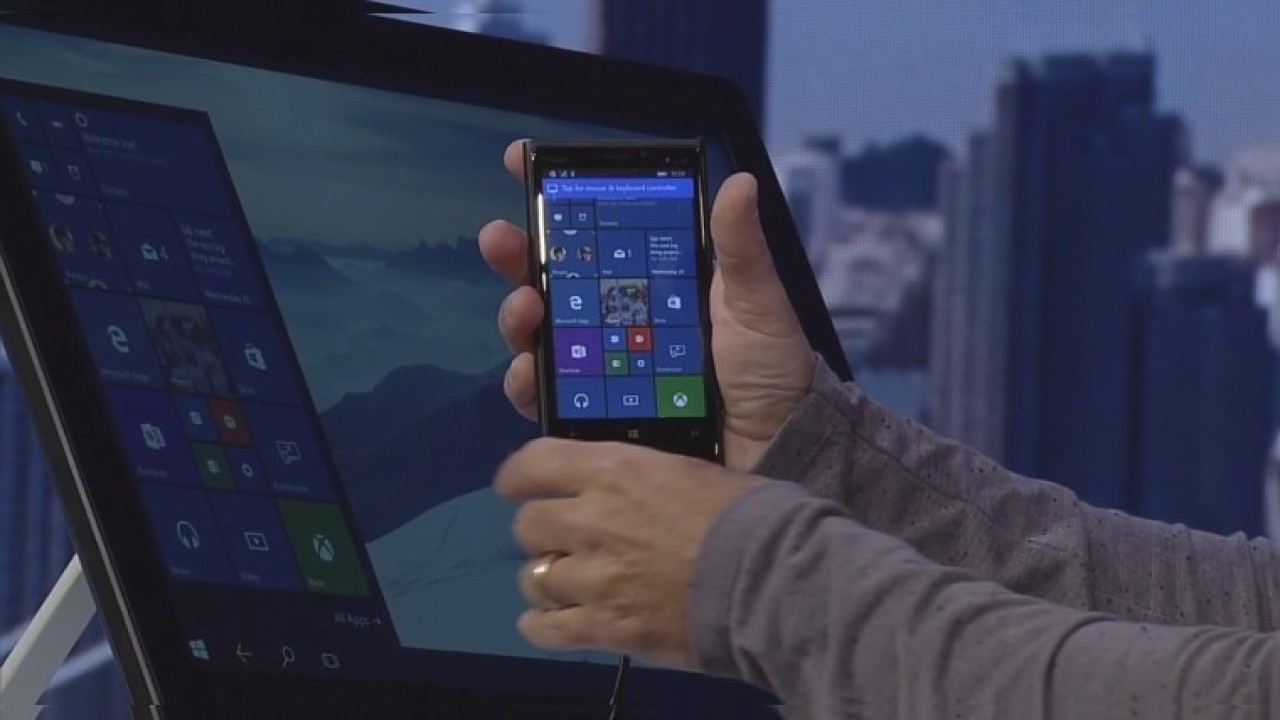 Right now, that’s debatable. And let's not forget that other manufacturers have dipped their toes into these waters before.

Both Motorola, with the Atrix 4G, and ASUS, with its Padfone line, have experimented with extending the capabilities of a smartphone with additional hardware, and neither effort was particularly fruitful. Those implementations were less than perfect - built by OEMs on top of the Android OS, with a clunky user experience and frumpy hardware. There's clearly plenty of scope to do this differently, and to do it right.

In fact, it's worth remembering that Continuum isn’t even at version 1.0 yet – Microsoft has only shown it off in a handful of demos, and the functionality isn’t available in preview form, because it needs new hardware to run. And while it would be easy to predict doom and gloom for Continuum, and therefore Windows 10 Mobile by association – due to the limited nature of the demos we’ve seen of that feature so far – that would be to ignore the enormous potential that it opens up for the future.

Consider, for example, the possibility of opening up an Xbox App for Windows 10 Mobile and streaming games from your Xbox One in the living room to your phone – connect it to the TV in your bedroom, hook up an Xbox wireless controller, and you’re good to go.

With the development of more powerful mobile processors, we could even see Microsoft exploring the possibility of making the smartphone not just a mini-PC, but a portable console as well. Imagine taking your phone to a friend’s house, connecting it to their TV and then playing games on it via controllers, all synced up to your Xbox account. 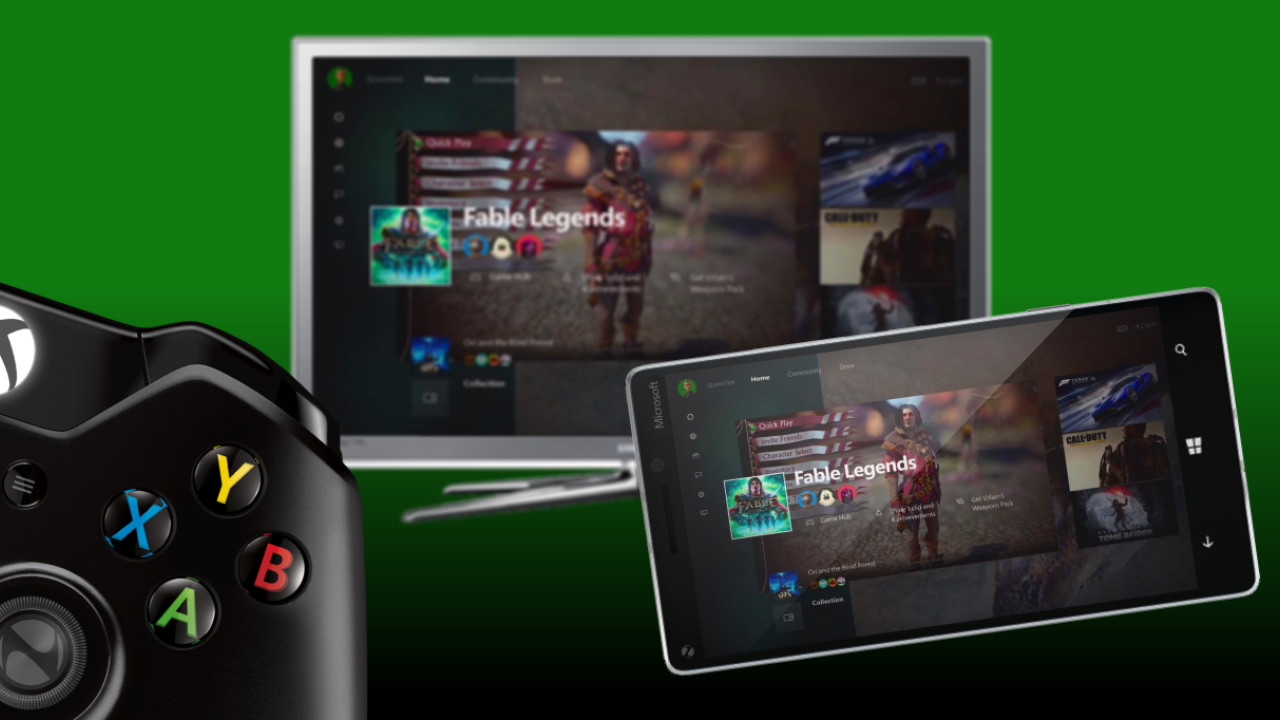 Current versions of Continuum offer a PC-style interface when a keyboard and mouse are detected; in some entirely theoretical future update, a separate Xbox interface – designed for interaction with a controller or remote – could be triggered by the pairing of an Xbox Wireless Controller, effectively turning the Windows handset into a tiny portable Xbox console. Sure, it wouldn't be as powerful as a full-blown hardcore console, but if the games and the user experience were good enough, that wouldn't necessarily matter - the huge popularity of gaming on phones, tablets and media boxes already proves that you don't always need console-class games to win over consumers.

Continuum, then, potentially represents the beginnings of a slightly different vision for the smartphone, one that aims to put that device at the heart of its users’ lives more than ever before. It pushes the smartphone toward its next logical progression, moving it beyond a device that functions best only when on the move, and taking a first step towards transforming it into a single device with an interface that adapts to best suit whatever mode you’re using it in.

But even with more versatile smartphones, there will no doubt continue to be usage scenarios best served by dedicated PC hardware, and specialist devices like consoles and HoloLens will continue to deliver specific kinds of user experiences that a smartphone can't easily replicate, for a long. The launch of a new OS won't change everything overnight. 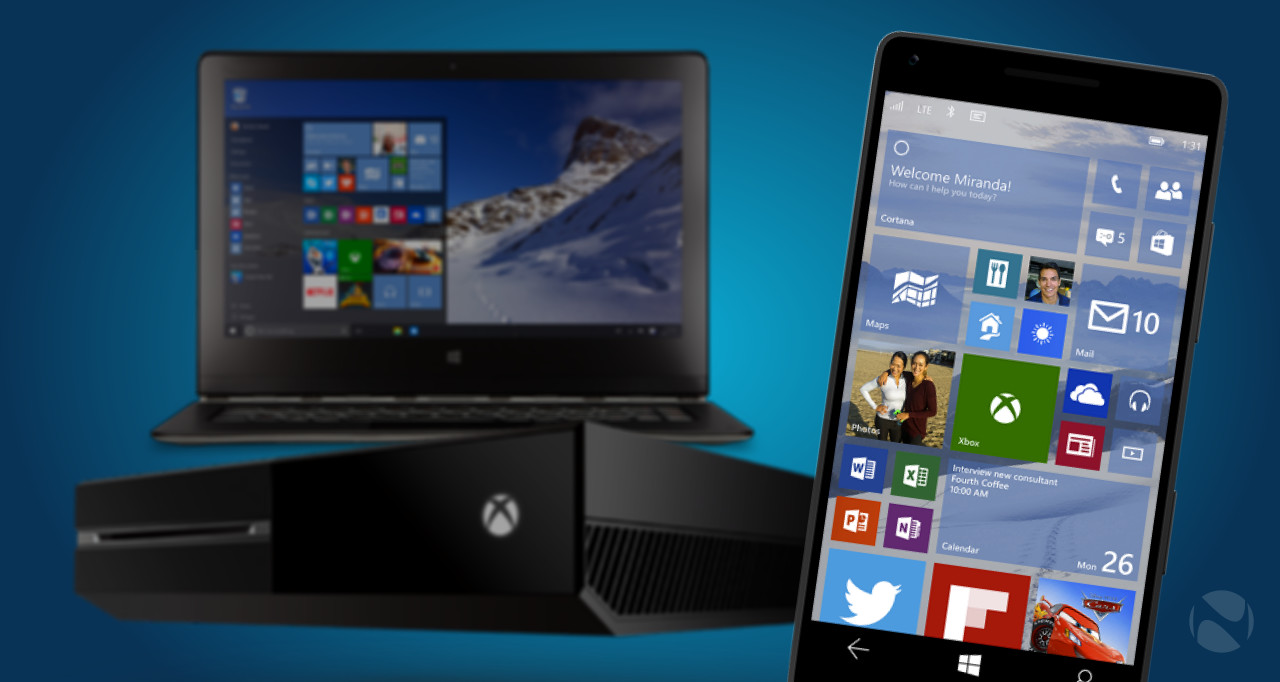 But many users are now realizing that a standalone PC is overkill for a growing number of their daily computing tasks, as they rely more heavily on comparatively ‘lightweight’ smartphones and tablets. Our reliance on ‘traditional’ computing devices is diminishing – while we once spent so much time tethered to those gigantic, stationary desktop PCs, many of us now spend far longer each day tapping on our phones.

As mobile processors and batteries improve further, this growing focus on more mobile computing – both for productivity and recreation – will no doubt continue. The rise of 5G networks – introducing faster connection speeds and reduced latency – will surely just fuel this trend, and may even make it more practical for cloud processing to extend the capabilities of our mobile devices even further.

It doesn’t take much imagination to envisage a near future in which a growing number of us rely more heavily on our smartphones as the primary – and perhaps, somewhere down the line, the only – personal computing device in our lives. And with the market already moving in that general direction, Microsoft is already preparing to mold the smartphone into a device that can handle far more of our computing needs – not just by shoehorning new features into the familiar smartphone experience, but by reimagining the smartphone as a portable PC that adapts to the way it’s being used.

That makes Continuum one of the most significant and exciting features in Windows 10 Mobile, and it appears to align perfectly with the company’s ‘mobile first, cloud first’ mantra. And given the continued surge in global smartphone usage, and the desire among users to do more with these devices, it certainly makes sense for Microsoft to explore this potential, especially if mobile devices are indeed the future of computing, as so many predict. 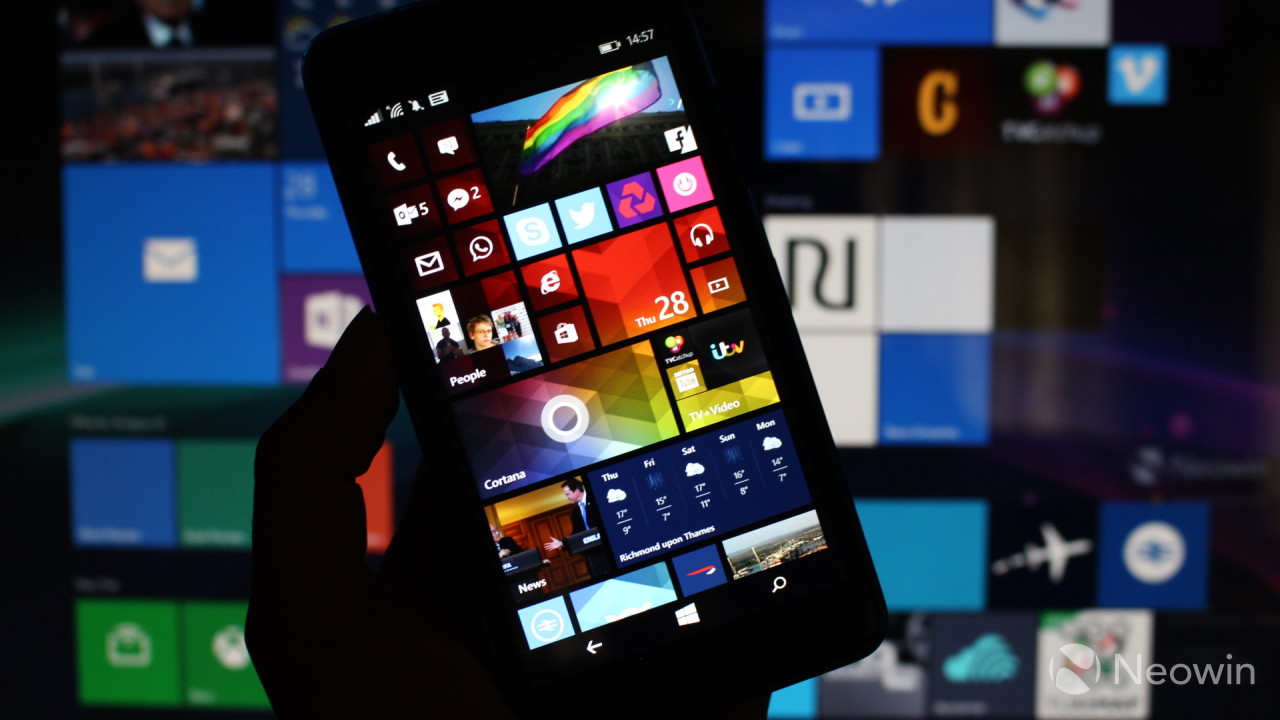 With Windows 10 Mobile, Microsoft has quietly laid down the groundwork for its smartphones to become far more versatile – perhaps to the point that they may someday be able to completely replace PCs – and that could prove to be one of its boldest moves ever.

Whether Microsoft ultimately decides to develop Continuum in the ways suggested here remains to be seen - but it seems like many of the pieces are now in place for the company to put mobile first more than it ever has before.

That might sound like an odd thing to say in a week when Microsoft announced deep cuts to its phone division, including the loss of 7,800 jobs. But while those cuts will be devastating, a leaner and more focused business unit should emerge, leaving the company better positioned to compete more effectively in the smartphone market. Microsoft CEO Satya Nadella promised this week that the restructured phone business will deliver innovation and a "reinvention... centered on creating mobility of experiences" - and the possibilities that Continuum opens up certainly line up well with that commitment.

Of course, whether or not the smartphone market actually buys any Windows 10 phones remains to be seen - we consumers are, after all, a fickle bunch.