The ever popular game Angry Birds has finally made a debut on Windows Phone 7 today, as Rovio Mobile and Microsoft Studios have teamed up to launch the game on the Marketplace. The game was made available originally on iOS, then Android and many other platforms including the web through Google Chrome, and finally it has made its debut on Microsoft’s latest mobile OS. 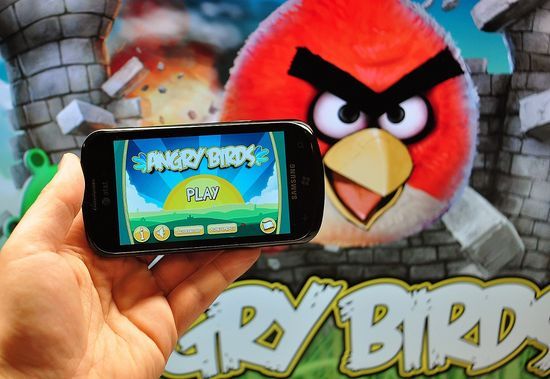 The game is as full featured as their iOS/Android counterparts; however falls slightly short on the level count, as the WP7 version only has 165 levels in comparison to the 255 available on Android currently. This is made up for with full Xbox LIVE integration, as you’d expect from a Microsoft Studio’s published game.

Angry Birds is coming to Windows Phone! The survival of the angry birds is at stake. Dish out revenge on the green pigs who stole the birds’ eggs. Use the unique destructive powers of the angry birds to lay waste to the pigs’ fortified castles. Each of the 165 levels requires logic, skill and brute force to crush the enemy.

The game is currently going for US$2.99 on the Marketplace and contains a free trial if you want to test out the game before you buy it. Again, this price is higher than other mobile platforms, but it’s still great to see the famous Angry Birds make its launch on Windows Phone 7. You can get it now via the Marketplace.