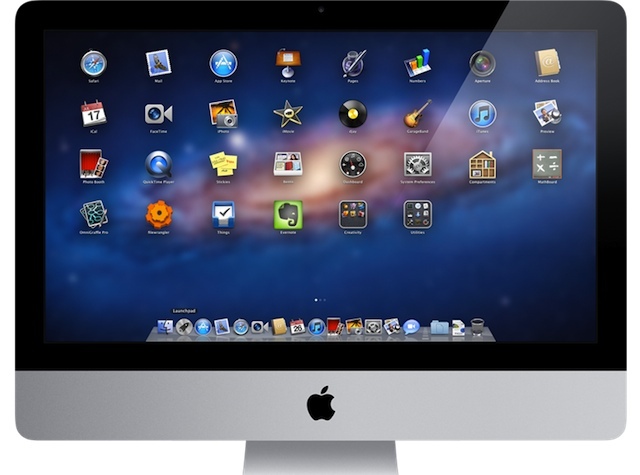 At today's WWDC keynote, Apple demonstrated what users can expect from their upcoming operating system release, Mac OS X Lion. Following some new sales figures, Phil Schiller took to the stage to show off what Cupertino has been hard at work on. Ten years have passed since the original Mac OS X was released, and Schiller took the opportunity to reminisce on how far the company has come in that time. While Lion has around 250 new features, Apple took the time to show off just 10 of them.

The first feature demonstrated was multi-touch gestures. Some of these gestures made their debut with the MacBook Air, and take advantage of either the MacBook's trackpad or the new Magic Mouse. Taking what Apple has learnt from iOS, Lion has gestures for scrolling, pinching, zooming, and several more. Scrollbars disappear when not in use, much like on the iPhone. The new full-screen mode makes use of this to allow users to switch between applications quickly. A new control in the top right corner of windows lets users enter full-screen mode when available. Full-screen mode, along with Expose and Spaces, have all been brought together in Mission Control.

Developers familiar with the preview builds will have had the chance to try out these features for themselves. First-hand accounts describe the system as feeling like iOS, and today's demonstration shows that Apple intend to carry on with this theme. Safari now has a two-finger back gesture, support for flicking through history, and scrollbars that disappear, giving the webpage more of the user's attention. iPhoto and Safari, among others, make full use of the full-screen support. Another small new feature in Lion's Photo Booth app is head tracking, which can add effects in real time such as bigger eyes.

Next up was the Mac App Store. Familiar to users of Snow Leopard, the Mac App Store is a way for developers to distribute their apps to a wide audience with little effort. In Lion, the Mac App Store now features in-app purchases, much like the iPhone. Push notifications are also available, as well as a sandboxed mode for added security. Finally, delta updates have made their appearance, a welcome introduction for users of large apps such as Xcode. These are all linked in with Launchpad. Accessible with a gesture, Launchpad resembles the home screen on iOS where users can access all of their apps. Downloaded apps fly onto the grid.

Resume and Autosave will mean saving and closing are even more trivial than before. Closing an app no longer means work is lost, as any changes are picked up and stored immediately. The document name at the top of the window is now a control, where a user can lock changes, create a duplicate, revert to the last copy, or view all copies. Only the changes are saved, meaning no space is wasted with unnecessary copies. Changes can be copied, pasted, dragged and dropped between versions. Resume will let users jump back to the last place an app was at before it was closed, but more interestingly it will resume all apps open before the Mac was shut down. The Resume and Autosave system is so precise that even  text selection in Pages persists.

AirDrop is a peer-to-peer WiFi-based file sharing system that Apple hopes will make transferring files between Macs quick and easy. AirDrop shows up in the Finder, and a transfer is a simple case of dragging and dropping a file on top of a computer's icon. The recipient then gets a prompt to accept or deny, and the transfer is complete.

Mail has also received an overhaul. Resembling its iPad cousin, the client now has a conversation view for messages with in-line attachment view. A more intelligent search has also been included. Mail will detect whether something is a subject, person, or date and search accordingly. The three types can be combined into a single search, avoiding the need for any clunky advanced searches. Like Safari and iPhone, Mail also has a fullscreen view.

Beyond the 10 demonstrated features, users can also expect other new additions, such as FileVault 2, FaceTime built-in, Windows Migration and Lion Server. Apple also revealed that Mac OS X Lion will be an exclusive in the Mac App Store. Weighing in at 4GB, the upgrade will cost $29.99 and can be used on all authorised Macs.

Mac OS X Lion will be available in July.