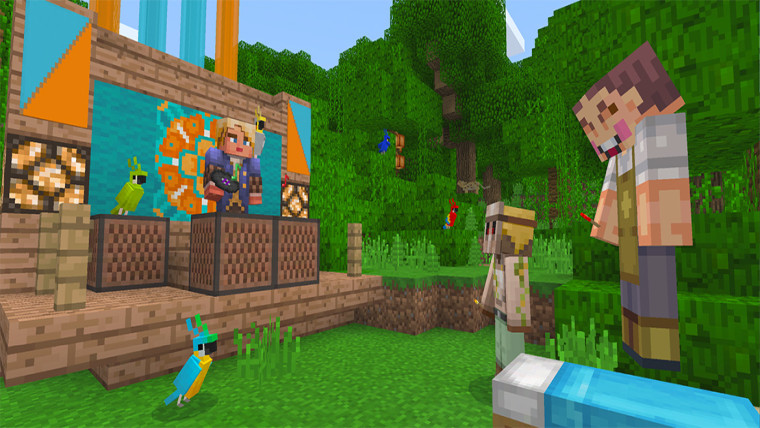 At E3 2017, Microsoft announced a major visual update to Minecraft with support for 4K resolution on the Xbox One X. Additionally, the company also revealed that the game would get cross-platform gameplay support with the Better Together Update. Now, the company has opened up the beta version of the update to Windows 10 and Android users.

Windows 10 and Xbox One users can enroll in the beta by downloading the Xbox Insider Hub app. Ownership of the digital version of the game is required for the beta. Android users with a Google Play account can head to the Play Store and join the beta.

In addition to the cross-platform play, the following enhancements are also included in the beta update:

The rest of the planned features of the Better Together Update will be rolled out in a phased manner. Xbox One support is expected to be added in the coming days.