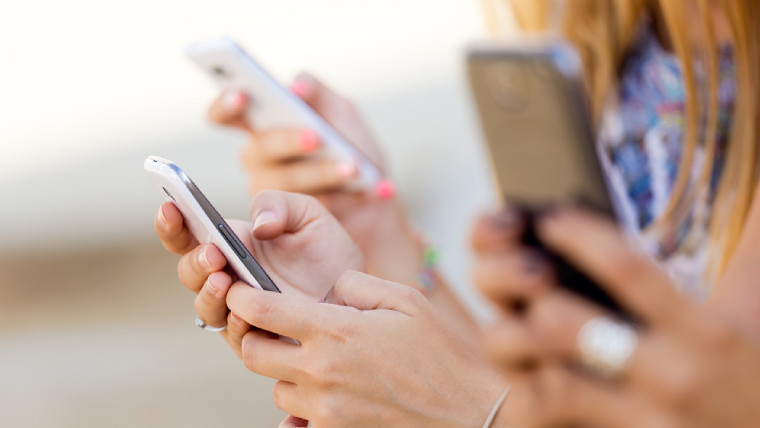 Independent market analyst comScore has published its latest quarterly breakdown of the US smartphone market - and the big winner this time around is Android.

During the three months ending November 2015, Microsoft's share of the US market fell again by 0.1%, following a 0.1% drop in the quarter prior to that. As things currently stand, Windows devices now account for just 2.8% of the US market. 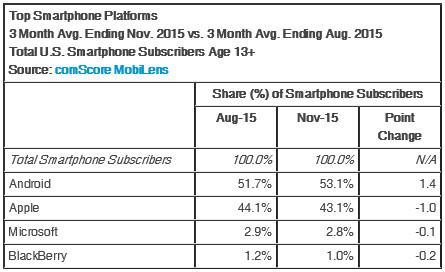 Even so, the decline in Windows share was actually the smallest of the four major smartphone platforms in the United States last quarter. BlackBerry fell by 0.2% (to just 1.0%), but the biggest loser was Apple, which dropped by 1.0% to 43.1% by the end of November.

Android was the only major platform to gain ground in the US market, increasing its lead by 1.4% to 53.1%. 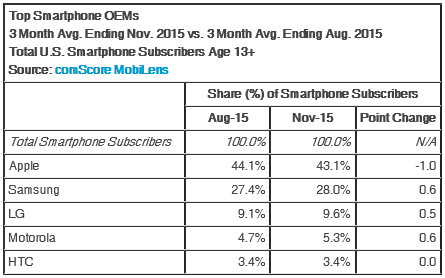 On the hardware front, Apple maintained a comfortable lead with its 43.1% share, leaving a significant gap to Samsung in second place, with 28.0% - up very slightly from 27.4% in the previous quarter. LG and Motorola also enjoyed modest gains of 0.5% and 0.6% respectively, while HTC remained in fifth place with a steady 3.4% share.

Source: comScore via WinBeta | Chatting with smartphones image via Shutterstock