At last year's CES, Huawei announced its phablet flagship device, the Mate 8. While it had all the top notch specifications you'd expect, in practice, the handset was a bit too large for comfortable everyday use. This year, the firm returns with a handset that is more refined and sees its overall footprint shrink, making it a good size for an everyday carry. Although the Mate 9 was announced late last year, it was only recently that it made its official debut in the United States.

If you are looking for a head turner of handset, the Mate 9 is not for you. It doesn't offer a unique design or flair like a curved display, but it instead offers a simple design that looks nearly identical to last year's model. The notable difference being the rear portion of the device that houses the dual camera setup. While the handset comes in a variety of colors, our review unit will be of the Moonlight Silver variant that offers a silver metal chassis and gloss white bezels on the front.

The large 5.9-inch 1080p display is crisp (373ppi) and the colors are pretty good, but definitely not as bright or "poppy" as an AMOLED display. Under direct sunlight, the handset does get washed out a bit and even at its highest brightness setting, leaves a bit of room for improvement. As for viewing angles, there isn't a mention of it being an IPS display, but it can be seen from every angle, but does get a bit dim when tilted to the extreme. As for speed, the Kirin 960 SoC and 4GB RAM are phenomenal, offering an excellent experience without stutter. While it has only been a day, the handset feels like one of the fastest, even compared to the Pixel XL.

The camera performance is pretty good, offering quick capture and a wealth of different options. The monochrome mode that made its debut in the P9, is present in the Mate 9, offering a new way to take photos. As for video, the handset can film up to 4K and performs well in bright areas. Unfortunately, this go around, night shots were not able to be taken and the capabilities will be tested in the full review. As for the surprise feature on the Mate 9, it would have to be the dual speakers. Although it is a fairly coveted feature, not many manufacturers include it on their handsets. The Mate 9 executes the dual speaker method by making its earpiece a front firing speaker and also has an additional speaker at the bottom. When combined the audio sounds fuller and can get extremely loud, which is a definite plus.

As for battery life, the Mate 9 offers a large 4,000mAh battery that will get most people through a full day. I managed to take it off the charger for a 14 hour day using intensive apps like Snapchat and arrived in bed with about 20% remaining. The device charges via USB Type-C and can SuperCharge (fast charge) when using a Huawei charger. If you do not choose to use Huawei's charger, you can still obtain reasonable charging speeds through a standard USB Type-C unit.

Overall, the Mate 9 is shaping up to be a fairly interesting and capable unit. While last year's model was too large to pocket comfortably, this year's handset offering a smaller footprint is just right. It feels comfortable in hand, offers Android 7.0, and has all the features you'd expect out of a top-end unit. Best of all, it is priced right at $599 USD, which is hundreds cheaper than competitors flagship models. Per usual, there will a follow-up review of the device. If you have any questions be sure to leave them in the comments below or ask on Twitter. 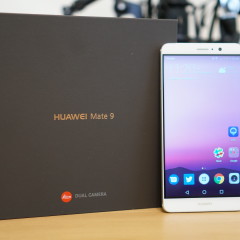 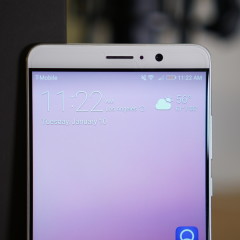 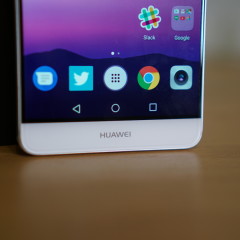 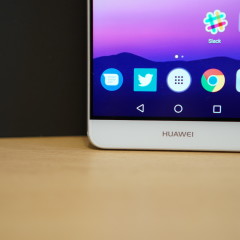 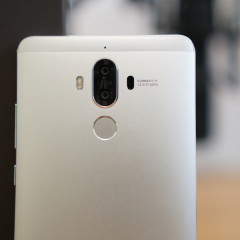 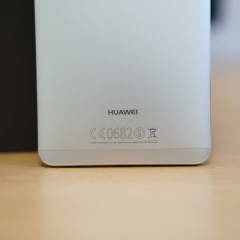 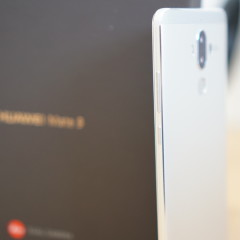 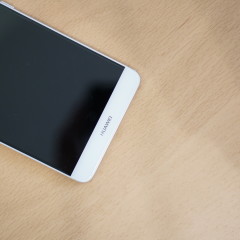 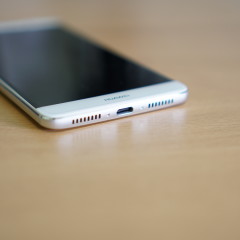 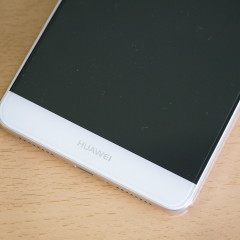 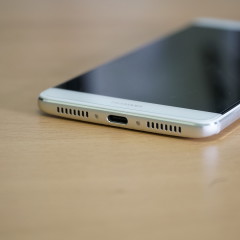 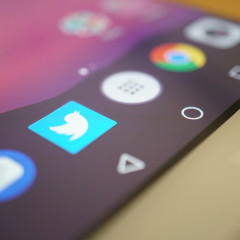