Last year, rumors suggested Google was working on a new feature for its Maps app, which would tell users about parking availability. Now that feature has reportedly gone live for a limited number of users in the preview app. 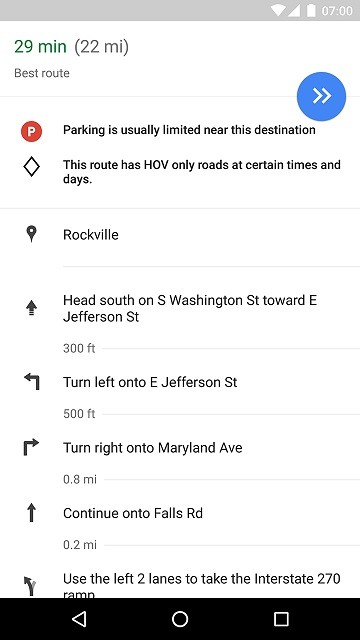 Parking availability is now integrated into the Maps beta app according to Android Police. The new feature, though subtle, may help users plan their trip and waste less time at their destination trying to find a parking spot.

Information with regards to parking shows up as a small P icon next to the route duration estimate. Parking is determined to be either Easy, Medium or Limited; in the latter case, the round P icon turns red. Expanding the directions tabs will give you a bit of extra information on the topic, though nothing revolutionary.

While useful, this feature is likely only the first step in Google’s plan to better map out cities and use real-time data in its products. Through its cloud-based smart-city app, Flow, Google wants to create a parking economy where users and businesses can lease out parking spaces.

Still, even a small step towards tracking general parking availability may be welcomed by users, who’ve been asking for this feature for a very long time.