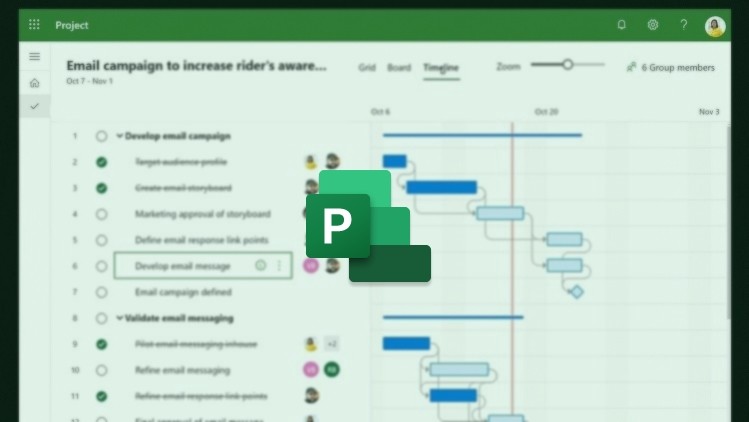 Microsoft has announced the general availability of a new version of Microsoft Project, along with a new subscription plan for those interested in using the service.

The new Microsoft Project has an all-new interface that should be more intuitive, making it easier to add members, create tasks, and view different kinds of charts. It also integrates with other Microsoft 365 services, and since it's built on the Power Platform, it can connect to multiple apps and services as needed.

One of the services it can connect to is Teams, and it's possible to have a project inside a Teams tab, for example, allowing it to be used alongside all the features that Teams offers. It also supports features like co-authoring, making it easier for teams to collaborate on projects. Project can also integrate with Power BI, so you can get insights into your projects.

If you're already using Project, you may already have the new experience, since the rollout began in mid-October. If you don't have a subscription yet, but you're interested, you can learn more here.