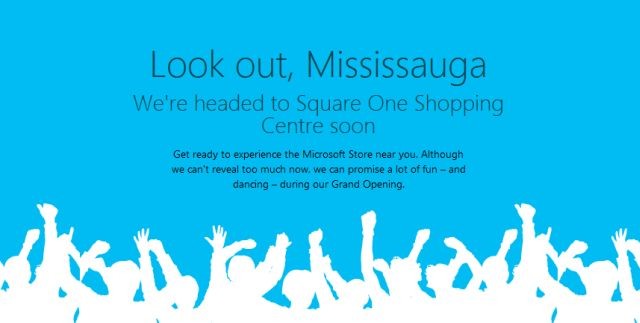 Microsoft continues to open and announce new retail store locations in the U.S. and Canada at a rapid pace. This week, the company's Facebook page revealed that two more full retail stores will be opening in the near future; one in Hartford, Connecticut in the U.S. and the other in Mississauga, Ontario in Canada.

The announcement did not give a timeline for the opening of these new stores. The Hartford, Connecticut location will be at the Westfarms Shopping Center, which is already the home to a smaller Microsoft specialty store. Mississauga, Ontario will see its Microsoft Store placed in the Square One Shopping Centre.

Microsoft currently has 78 stores open in the U.S. and Canada, including a new Orlando, Florida location that opened on Tuesday. There are several new locations that will be open for business in the next few weeks, including one on Saturday at the massive West Edmonton Mall in Edmonton, Alberta. Other future locations that have been confirmed are Burnaby, British Columbia on November 7th, Las Vegas, Nevada on November 14th, Buffalo, New York and Oklahoma City, Oklahoma, both on November 16th, and Jacksonville, Florida on November 22nd.