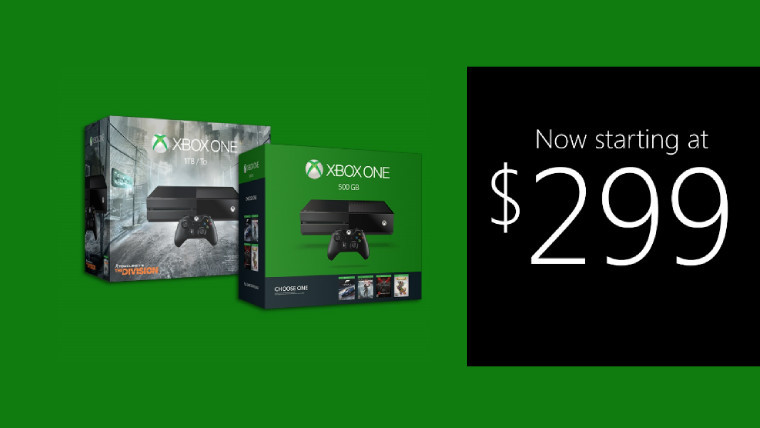 Microsoft has reduced the price of nearly all of its Xbox One bundles by $50, with the lowest-priced consoles now available for as little as $299. The discount - first spotted by Polygon - is only available "for a limited time" according to the Xbox site, but the timing is certainly interesting.

Microsoft has previously reduced the Xbox One to $299 during promotional periods such as Black Friday, or over the Christmas shopping season. But the unexpected timing of its latest discount lends credence to recent rumors that the company is preparing to announce a new 'Xbox One Slim' at the E3 gaming expo in two weeks' time.

Reducing the price of the console would help it to clear out remaining stocks before the new model is launched; reports have suggested that the updated Xbox One, which is said to be around 40% slimmer than the current version, featuring 4K video support, could go on sale as soon as August.

Microsoft is also expected to unveil two entertainment focused Xbox devices next month: a Chromecast-style streaming dongle, and a media box with support for casual gaming, going up against the Apple TV. According to the official E3 website, Microsoft will also be discussing virtual reality on the Xbox One at the gaming event.

It's not clear how long the latest round of discounts on the current Xbox One will be available. But even at the lower price, some buyers might want to hold off and see what Microsoft announces at E3 in June.