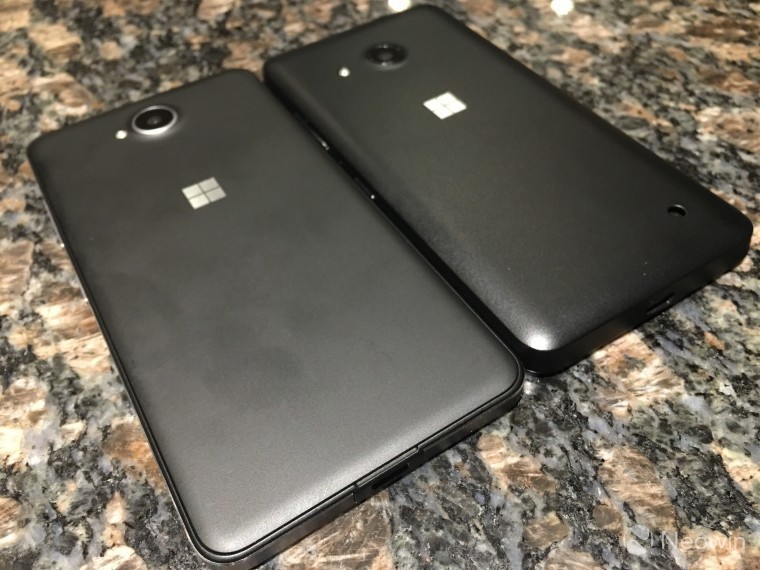 Microsoft's line of Lumias seems to be shrinking by the day. The Lumia 750 and 850 have long been canceled. And we've known for about a year that there will be no successor to the legendary Lumia 1020.

It's pretty clear that the Lumia 650 is the better device of the two. Let's get that right out of the way now. That's generally how the Lumia numbering scheme works.

They are both four cores of ARM Cortex-A7, support LTE, Adreno 304 GPU, and 1080p video playback.

My suspicion is that while it doesn't show through specs, Snapdragon 212 has some other under the hood improvements. We'll talk about this more in benchmarks, but there is much more of a difference between these two chipsets than can be explained by 0.2 GHz of clock speed. 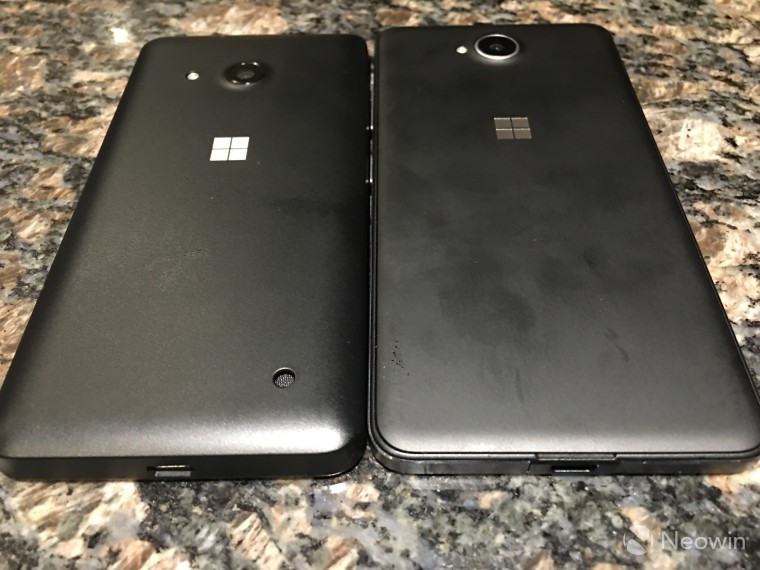 Both the display and body are major points that differentiate the two devices.

The Lumia 550 is fairly standard. It features the same design that we've seen from the Lumia 640. The 720p IPS LCD is the same as well, albeit a bit smaller, resulting in a higher pixel density.

The Lumia 650 is frankly stunning. The design of the device is all new. It shares design elements with other Lumias only in that it has a metal frame and a polycarbonate back.

The display is equally stunning. The 650 features a 720p AMOLED screen. It has a lower pixel density than the Lumia 550 but it is much more pleasant to look at.

LCD and AMOLED are very different display technologies and they both have their pros and cons.

With AMOLED, pixels can be turned off, allowing for true blacks. LCDs are entirely backlit, which is why if you took both of these devices into a room and shut off the lights with the Glance screen on, you'd be able to tell that all of the pixels on the Lumia 550 are lit, but not on the 650.

AMOLED also tends to have more vibrant colors; however, the diodes in an AMOLED decay over time, creating burn-in. In my experience, this isn't an issue, but if you hang on to devices for longer than the normal two years and you use them more frequently than normal, it's something to think about. Typically, I only see burn-in from AMOLED devices that used to be display units in retail stores since they were on all the time. 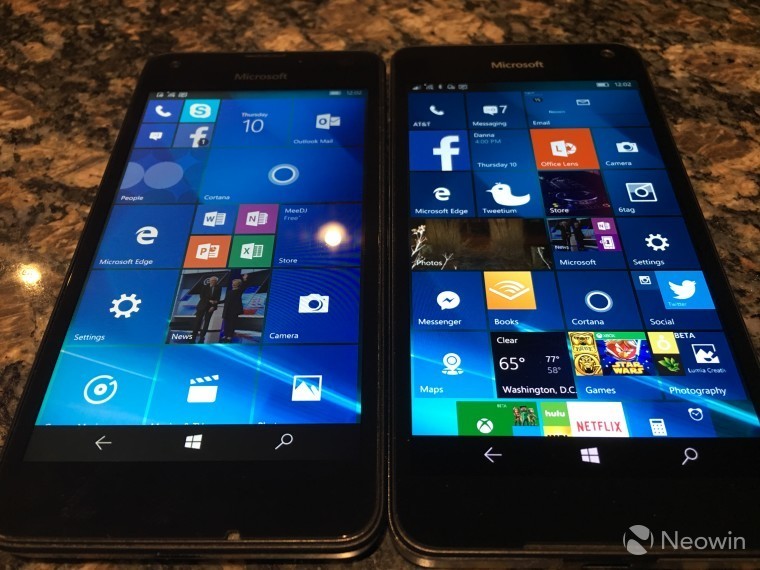 I wanted to leave that there just to show how awkward the camera history of the 5xx series is. There are upgrades and downgrades all over the place.

The Lumia 650, on the other hand, has the same rear camera that the Lumia 640 had, although from our comparison, we saw that they produce different results. One difference is that the video quality is a downgrade, from 1080p 30 fps to 720p 30 fps.

For fun, here's the history of the Lumia 6xx cameras:

Let's look at some samples.

As I mentioned earlier, the camera on the Lumia 550 is a downgrade from the Lumia 540. If the Lumia 550 had the 540's rear camera, it should have been about the same as the 650. The front camera is even more of a downgrade.

As we can see, the results are the same as with the rear camera. The Lumia 650 wins again.

My usual disclaimer: I'm not a fan of benchmarks. They rarely provide any insight into real world performance. I always provide them because I know that there are those that want to see them.

First up is the old AnTuTu Benchmark app. Most people shoot down these results as it's an old beta from 2012, and obviously the results aren't comparable to its iOS and Android sister apps, but it works for comparing Windows phones. 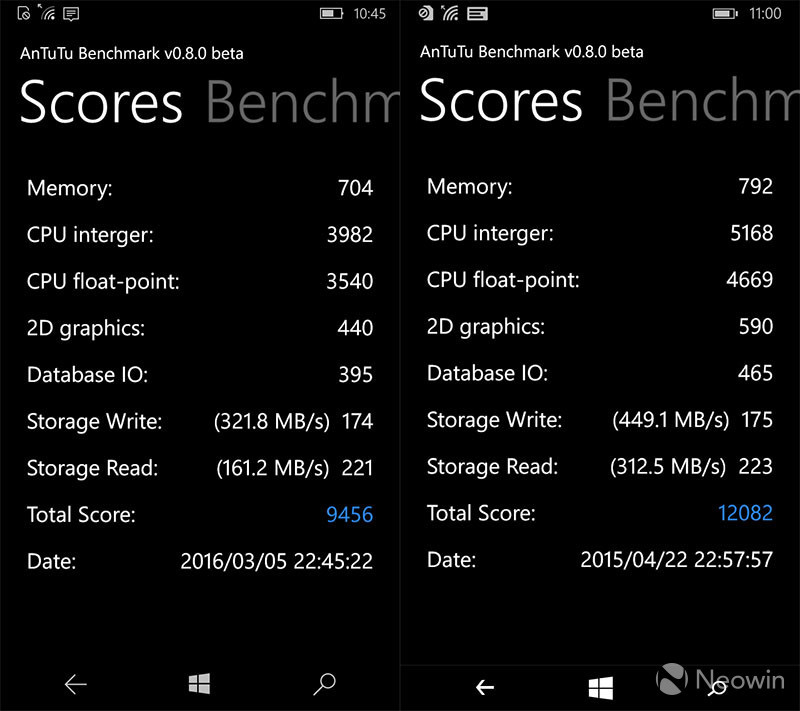 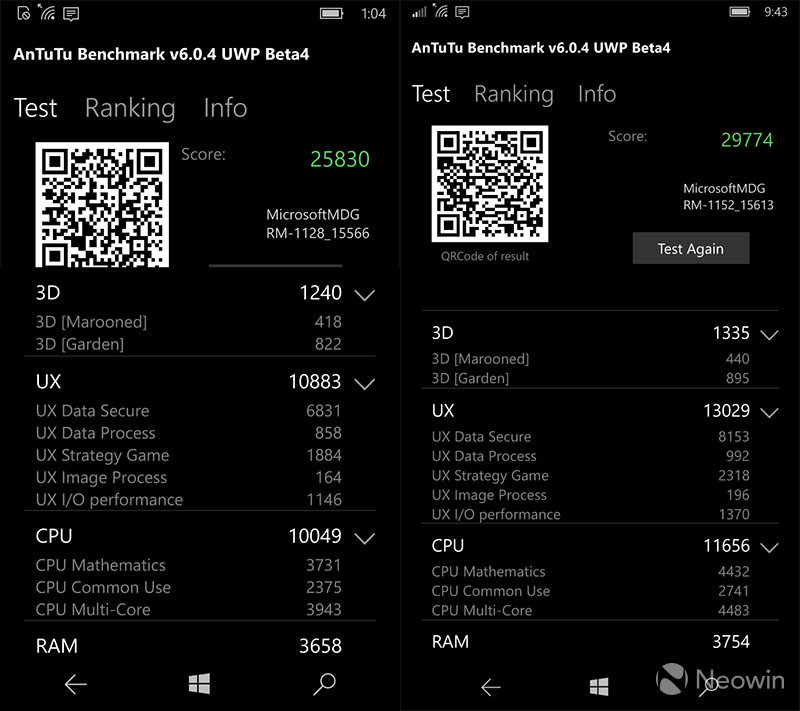 The numbers are different, but the results are the same. Lumia 650 smokes the Lumia 550.

Next up is GFXBench, an app renowned for GPU testing. Sadly, GFXBench for Windows is getting a bit long in the tooth. It's still on version 3, where Android and iOS both offer versions 3.1 and 4. 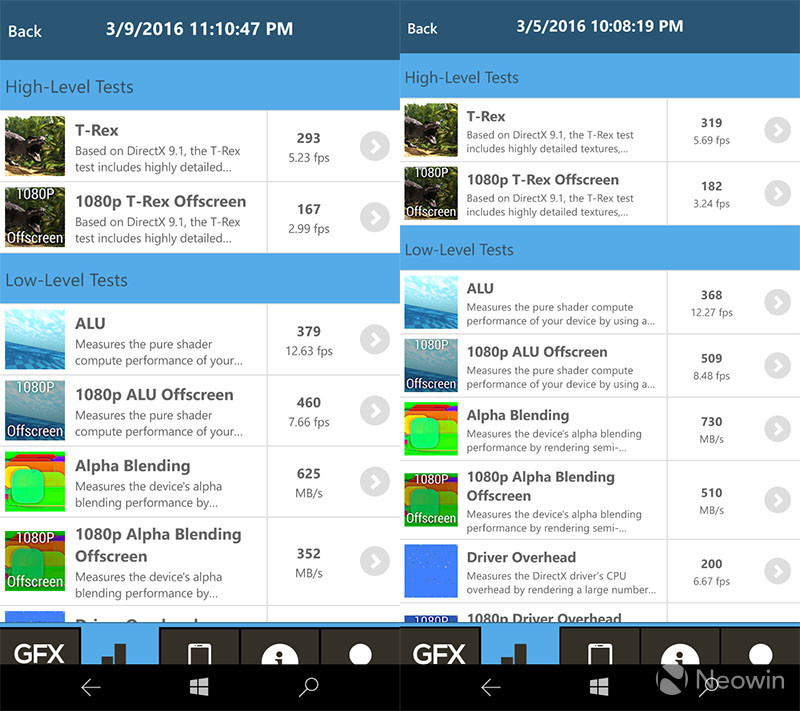 The GFXBench tests are interesting because both chipsets have the exact same GPU, which is the Adreno 304. I truly believe that there must have been something wrong with Snapdragon 210 that forced Qualcomm to make a v2.

Specs. I am so sick and tired of hearing about specs.

I'll admit, when the Lumia 650 rumors started swirling that it would use Snapdragon 212, I was skeptical. After all, has there ever been a really good Snapdragon 2xx device? I was just as skeptical when the good folks at Lumia US handed me the device.

But that wasn't the case. As it turns out, the Lumia 650 is a brilliant phone. It's extremely pleasant to use and it is so much more than I expected it to be.

In my comparison with the Lumia 640, as well as in my second impressions, I tried to communicate that, but sure enough, everyone is too caught up in the specs.

I will now share with you some wisdom that I've learned over the years: specs don't matter. What good does it do for you to know what chipset a phone uses? What good is it to study benchmarks so you can try to prove a phone is better?

For $199, I don't know what else I could ask for. I know that others would respond with, "well, I'd ask for a Snapdragon 617". Still, if you didn't know that Snapdragon 212 was under the hood, you would probably guess that it's a Snapdragon 617.

It seems to me that over the last few years, Microsoft has been focusing on the Lumia 6xx line to really "wow" people, to set the bar for what a budget mid-range can be. They did it last year with the Lumia 640 and they did it again.

Normally, when someone asks me which phone is better between two, I ask them what's important to them. But in this case the Lumia 650 is better in every single way.

Throughout this comparison, we saw that the Lumia 650 has a better design, display, rear camera, front camera, and it's faster. They both have Glance and they both have Rich Capture.

There is only one thing that might be important to you that would make the Lumia 550 a better fit : and that is $60.

Update: an earlier version of this article stated that both chipsets support 1080p video playback and capture. Snapdragon 210/212 only supports 720p video capture.