Bandwidth conservation holds a lot of importance for users who do not have the facility of expensive 'unlimited' internet packages. Even those who do have that luxury sometimes face issues like webpages taking too long to load, which may end up becoming quite a hindrance in their browsing experience.

Now, a newly published Microsoft patent filed by the company only a few months ago has emerged. The patented technology is a browser plug-in that may help conserve bandwidth, time, and even the computing resources required to load webpages. 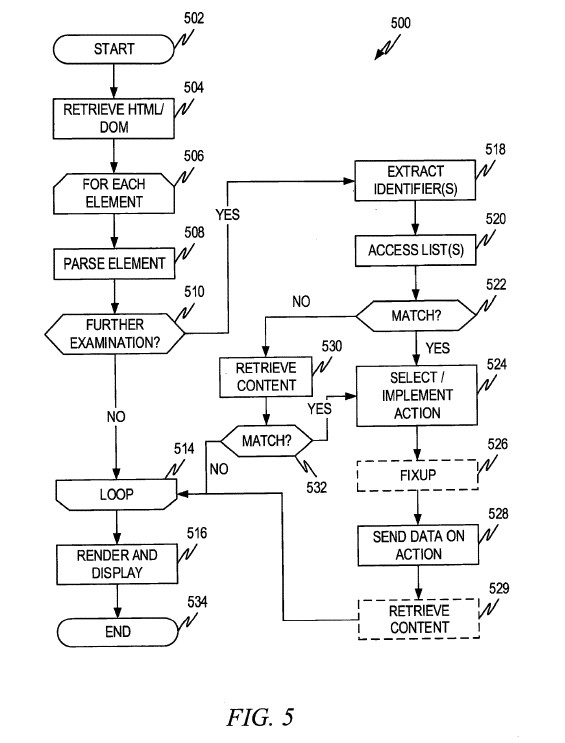 Microsoft believes that modern webpages contain lots of content that holds no interest to users. Most of the time, such content is retrieved from a lot of different data sources - a process that requires multiple redirects. Even a simple act such as scrolling down the screen can initiate more content retrieval requests. The patented add-on would help identify links that obtain additional data and block, move, or redirect the action of retrieval based on user interest. This chosen action might be taken based on some sort of identifier associated with said data, with the webpage being rendered and displayed according to the taken decision as well.

The aforementioned identifiers would be managed by users themselves and could be stored locally or in trusted cloud locations. They are supposed to act as descriptors for the 'areas of interest/disinterest' - categories upon which the task of data retrieval would depend. This concept could be extended further as well. For example, a person's social media profile might be used by the plug-in to automatically formulate their areas of interest.

This add-on could also work in a manner such that even before receiving data, it could send information in order to identify data of interest (or otherwise). Based on the received response, unwanted data will not even be retrieved, let alone being downloaded or displayed. Furthermore, the irrelevant information could also be redirected to be presented in another location, leaving its original location blank.

Microsoft has highlighted the fact that any such plug-in would be quite different to ad blockers. This is because instead of 'blocking' scripted content, it would work directly with servers to only identify and download data that is relevant to the user. That way, it will manage to reduce time taken, number of redirects, bandwidth usage, and computing resources in a much more efficient manner.

Technicalities regarding the whole process of avoidance of unnecessary data retrieval can be read in detail by clicking the source link provided below. However, bear in mind that there is no guarantee that Microsoft aims to pursue the creation of any such browser plug-in; a patent merely provides it the exclusive right to inventions covered more or less under the scope of what has been described.