Last week, Microsoft announced that it will give game developers an 88% revenue cut for titles sold through the Microsoft Store for PC after August 1. This is a notable increase over the current 70-30 split and would bring the storefront in parity with the Epic Games Store, which is also popular among developers for this compelling revenue sharing option, among other things.

Now, it has been revealed that Microsoft investigated the possibility of doing the same for the Microsoft Store for Xbox, but no longer plans on doing so. 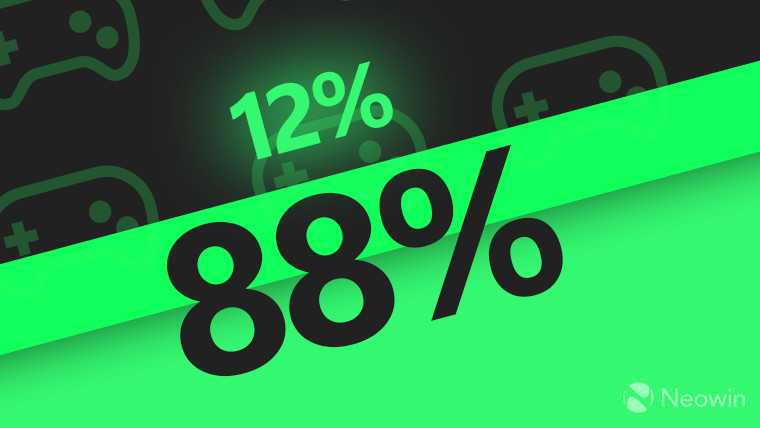 As spotted by The Verge, court documents filed a few days ago, but created back in January include a statement in the Microsoft Store on Xbox section that "all games will move to 88/12 in CY21", in line with what Microsoft recently disclosed for PC games only. The company also mentioned that:

There is a proposal currently under Gaming Leadership Team consideration to adopt 88 / 12 as a public PC games revenue share for all games in exchange for the grant of streaming rights to Microsoft.

However, in a statement to The Verge, the Redmond tech giant indicated that it does not plan to update the revenue sharing split for console publishers.

That said, it is important to note that we do not know if this proposal even progressed far enough to be communicated with publishers. Another interesting observation is regarding giving all streaming rights to Microsoft, since nothing of the sort was publicly announced for PC publishing a few days ago.

The court document in question is from the Epic Games vs. Apple trial that will start today. The spat about revenue sharing between the firms began back in August 2020, with both finally set to have their day in court. Microsoft has sided with Epic Games so far, and the company's VP of Xbox business development, Lori Wright, has also been called as a third-party witness.