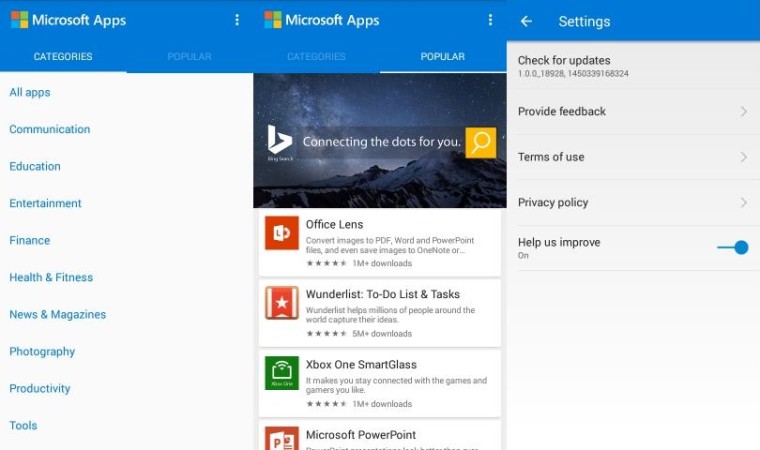 Microsoft has recently released a new app for Android users to help them discover its own apps that are available on the competing platform.

The new app, known simply as 'Microsoft Apps', provides a central location for all of Microsoft's apps on Android. Users can browse this collection of apps by their popularity or sort them based on their individual categories. Clicking or tapping an available app will automatically launch the Google Play Store's entry for that app so it can be installed. So far, Microsoft has released a total of 79 apps for Android.

In addition to providing a central location for Microsoft's apps, the app also includes a feedback option and a telemetry feature that is automatically enabled after it has been installed. While the new app may seem redundant—after all, users can already search and sort for Microsoft's apps that are available on the Google Play Store—Microsoft has stated that additional features will be made available in the near future, though it is not certain what these features will involve.

Regardless of its perceived value, the new app, in addition to the total number of apps that Microsoft has released for Android, demonstrates that the company is serious about its cross-platform strategy by making its presence felt on competing platforms.

The new 'Microsoft Apps' app is now available for download from the Google Play Store.