When Microsoft released the first version of its in-house developed PDF Reader app for Windows Phone 8, it got a rather poor reception from users. The reviews of the app were in the one and two star range for the most part. Today, Microsoft released a new 1.1 version of the PDF Reader app for Windows Phone 8 that hopefully will make users a little bit happier. 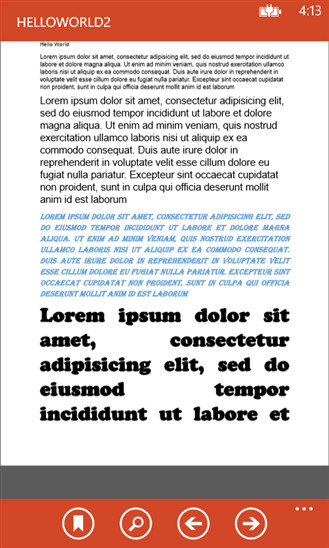 The official Windows Phone blog (sort of) admitted today that the first version of the PDF Reader was not up to snuff when it was released. The new version that's now available for download adds a number of highly requested features from Windows Phone owners. The blog states:

Specifically, version 1.1 adds new support for read-only and password-protected PDFs, file management features—including the ability to delete PDFs—and the ability to share files with others from the app via SkyDrive.

Hopefully, this is just the start of a series of updates for Microsoft's in-house apps for Windows Phone 8. The last update for the company's Facebook app was made nearly two months ago and many other Microsoft apps for the platform have been waiting even longer for new updates.