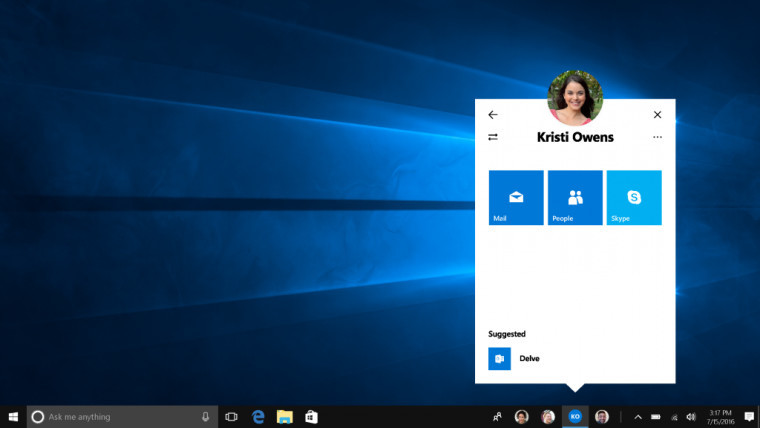 Microsoft released today Windows 10 build 15014 for PC and Mobile for those Insiders on the Fast ring. In the blog post detailing the new build, Dona Sarkar has also announced the delay of the My People experience, which was expected to arrive with the roll out of the Creators Update in early April 2017.

The Creators Update for Windows 10 was announced with three main features in the spotlight: Windows Holographic, an improved gaming experience, and My People. For now, only the last of those major features has been delayed, and according to Microsoft, it would enable the most important friends, family, and co-workers to be instantly accessible.

In today's announcement, Dona Sarkar implied the My People experience wasn't yet ready for consumers, what has triggered the delay:

"Our goal with Windows is to deliver experiences you’ll love and we’ve made the decision to hold this feature [the My People experience] for the next major update to Windows."