The first thing you notice as you approach the new flagship Microsoft Store is how different it looks from its Fifth Avenue neighbors. Instead of the intricate stonework or mirrored glass of the surrounding shops you see giant clear glass panes, currently covered in the bright primary colors of today’s Microsoft; but on Monday, October 26th when the store opens to the public it will be one giant window, showing off everything going on in the store, as well as a giant modern art display they are calling their “Culture Wall”, where they will play “non-commercial digital art”. The decision to build their storefront entirely out of windows, a curious irony as their reliance on Windows wanes, will invariably draw comparison to Apple’s glass cube store just a few blocks away, but it is the difference in approach that is truly interesting. 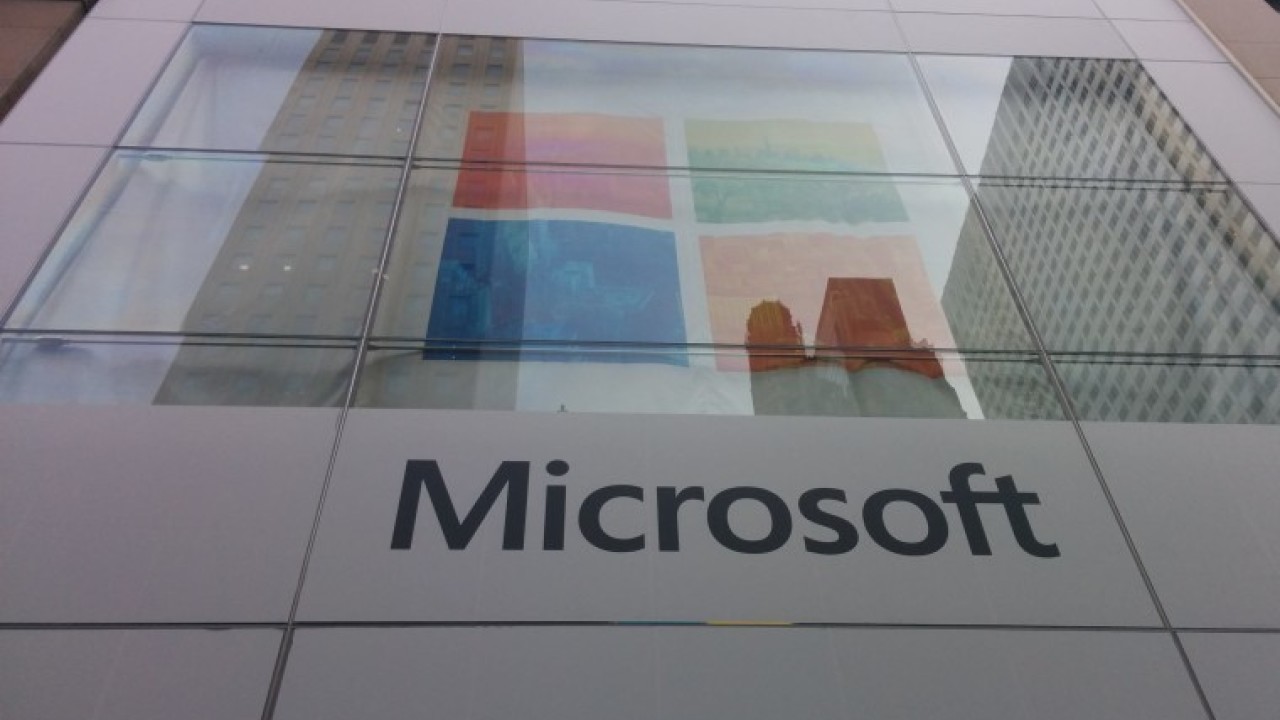 As we toured the store with Microsoft’s general manager of retail operations, Kelly Soligun, it became obvious that Microsoft is not planning to use their flagship store to primarily move product. Sales seemed more of an afterthought to the entire setup, rather than the focus, as it is at any moderately busy electronics store. Instead the focus was entirely on the user experience, a term used so often it was reminiscent of a Steve Jobs keynote. And they do not mean the sales experience, or how fun it is to buy new things. They want people to use the devices on display. There is Rock Band 4 running on a gorgeous television set at the very front of the store with drumsticks ready to go and the sound turned up. The Surface Books front and center are not the “demo models” you will find elsewhere. They are not attached to the table, and you are encouraged to pick them up and remove the screen just to see how it works. You can wander around the store holding one, although how long that policy will survive the actual customer interactions remains to be seen. 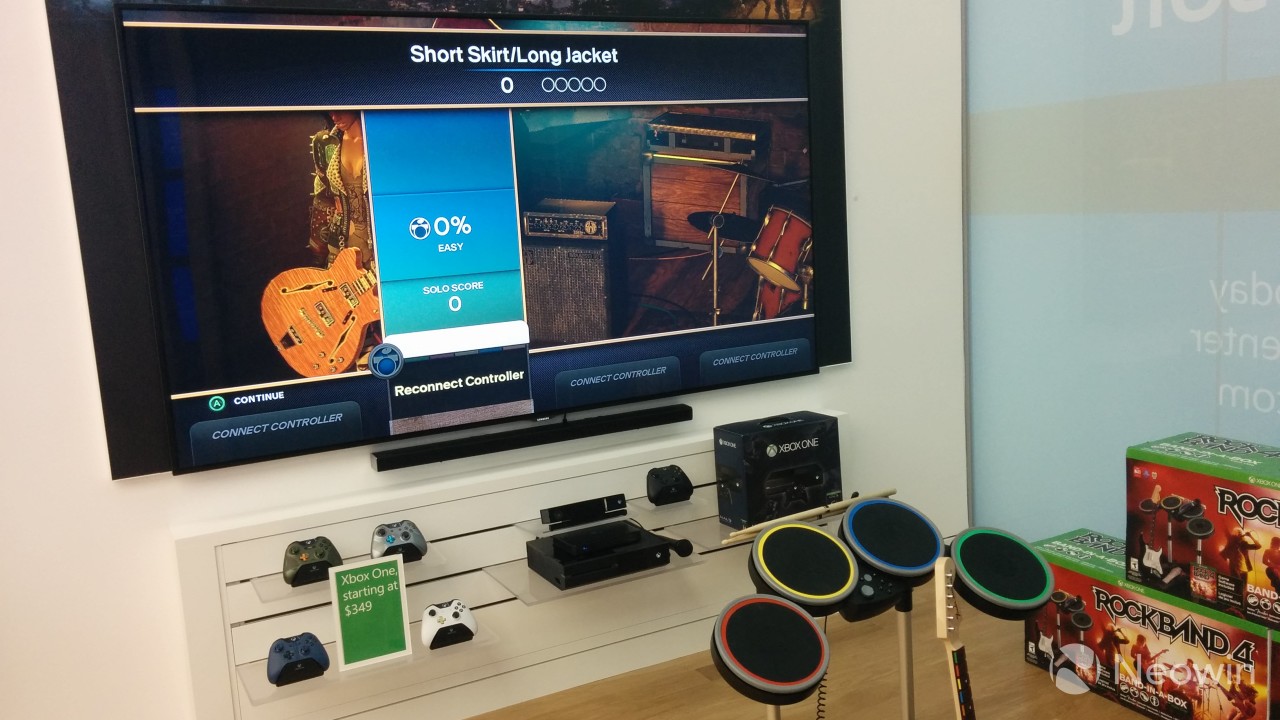 Instead of the standard retail counter you would expect to see at the back facing in, Microsoft has opted for what it is calling an Answer Desk. Someone on the tour joked about it being staffed with Geniuses, and no Microsoft representative laughed. The comparisons to the Apple store are effortless to find, but they all made the Microsoft employees cringe, as it is obvious they are trying very hard to do something new, and where that is most apparent is the Answer Desk itself. Microsoft is offering free software support for any device, based on Windows, iOS or Android. They say that they are past caring about the user’s platform, but it was clear that they have just moved the definition of platform away from the operating system. The presentation indicated that the focus would be to showcase Microsoft apps and services, and I would bet good money that their solution to Evernote not syncing between devices is to install OneNote. Still, free support is free support, and the staff on site seemed helpful and confident. 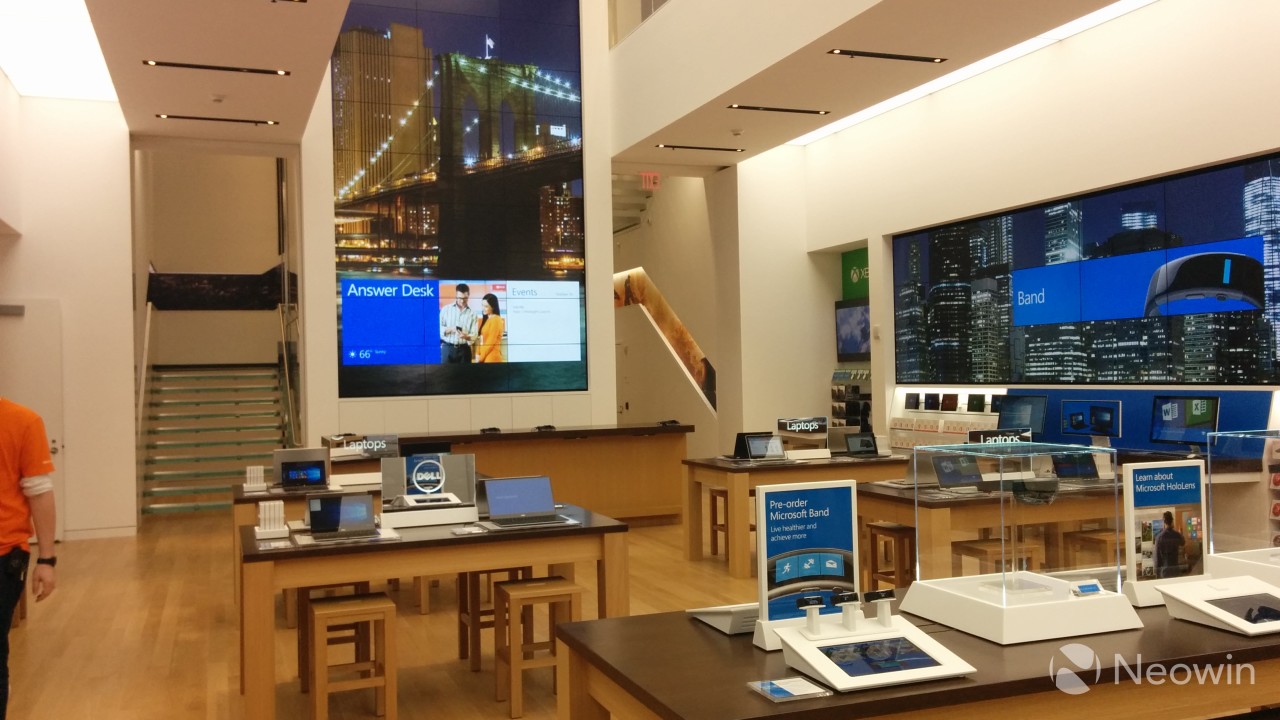 Taken all together, the new Flagship Store showcases a very different view of retail space. Nothing is tied down, everything is usable. Machines on the floor are connected to the internet and customers are encouraged to spend time with the merchandise. There are no retail counters of any kind, and it is unclear how the store plans to deal with cash purchases. Scattered around are a few card transaction terminals, but they seem to be setup where they will be out of the way, rather than trying to herd customers to them. As someone who has spent a large part of his career dealing with aggressive MS sales people, this truly is a radical change for the company. The free support is startling and seems to be exclusive to the Flagship store for now, as the Answer Desk online is definitely a paid service, as they confirmed for me, although they are offering free assistance for Windows 10 upgrades and some Office usage issues. 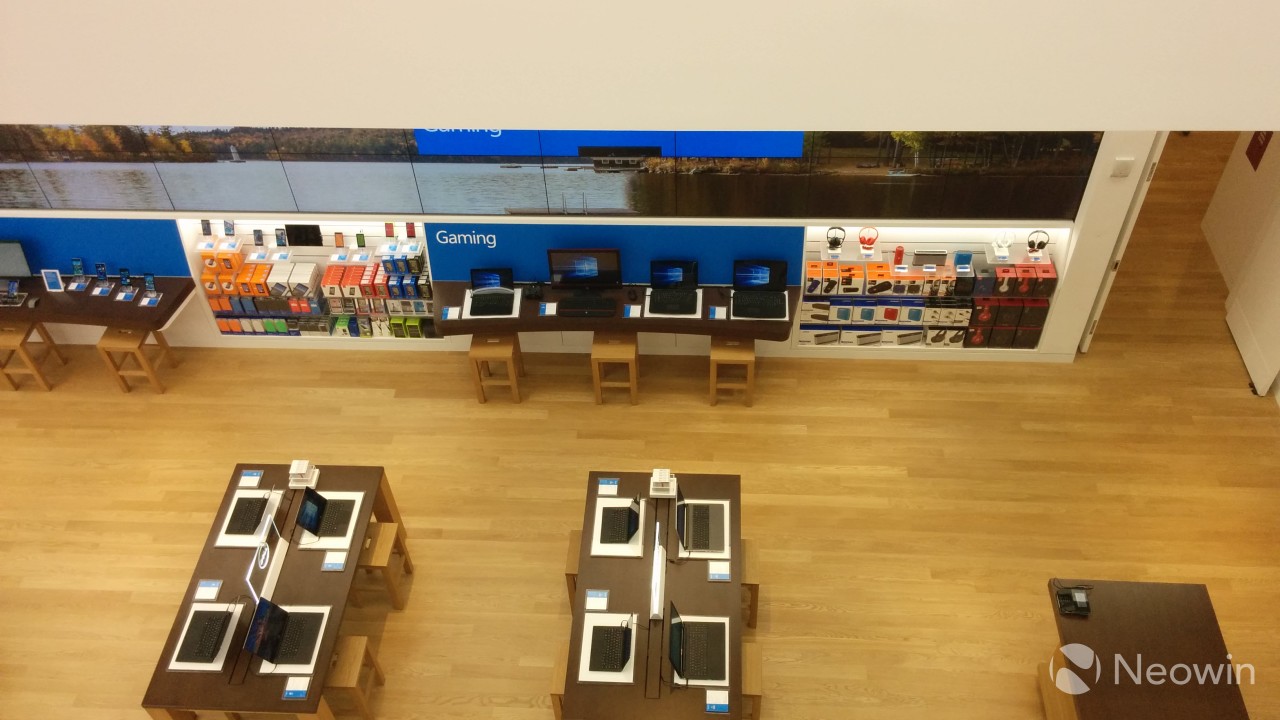 After seeing how much of an open concept they are pushing, from a fully transparent store front to untethered devices and support staff that won’t question where you purchased your device, I wondered how long this will last. The store itself is vulnerable to theft in alarming ways, and it is unclear if anything but employee vigilance is keeping the devices inside. The focus on internet connectivity and customer usage seems a recipe for disaster, from the potential of Malware infections to pornography blazing through the store.

However, spending some time with Kelly discussing the future for retail at Microsoft showed how excited they are for their goals, and when questioned about the security issues she dismissed them with “All businesses have shrinkage”. She seemed genuinely more interested in showcasing the bold new Microsoft vision than maximizing her retail revenues. The comparisons to Apple appear premature and inaccurate when viewed through this lens. The goal of their storefronts is not to move product, as the bulk of their sales come through their OEM partners. They want to use their leased spaces to showcase the new technology they have, and get people excited about using it.

Another departure from the normal retail model, is that Microsoft is also actively looking to further integrate their retail employees into the broader business, and I was told that more than 100 employees had moved from Microsoft retail positions into marketing, management and consulting jobs all through the company. A few conversations with the employees on site indicated the same thing, where they were there as part of the career, not just a job that pays the bills. This will likely lead to great customer service as employees stick it out to further their Computer Science or Business Administration careers. 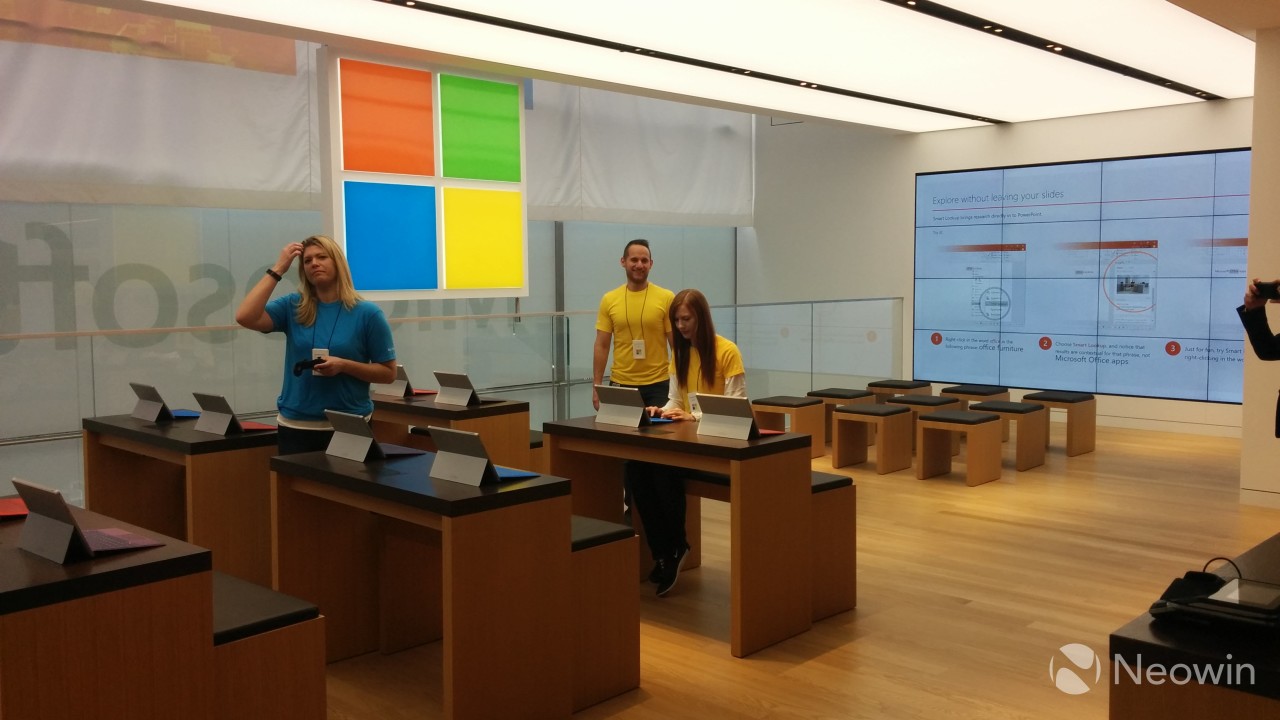 The last year has seen a tectonic shift for Microsoft, and the Fifth Avenue store is just one more indicator of that. Consumers are noticing, as while I stood outside the store many curious onlookers were interested in what was going on. Businesses are noticing, as can be seen in the giant surge of Azure and Office 365 subscriptions. And Wall St is noticing, perhaps the most, with Satya Nadella almost doubling the value of the already expensive company he was handed to run.