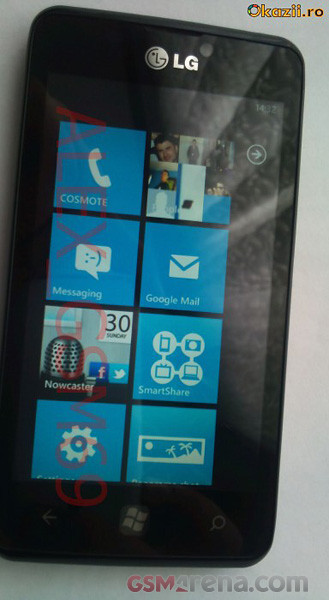 LG is preparing to launch a Windows Phone-based device in the near future. It's been called the LG Fantasy in some online reports and the LG Miracle in others. This weekend, some new screenshots of a prototype version of the new smartphone found their way onto the Internet. The shots were first posted on a Romanian online trading site. That site quickly took them down but GSMArena.com managed to save them.

The screenshots show that this smartphone is indeed the same one that has been pictured in previous photo leaks. However the final name of the smartphone is still in question. It remains unclear if LG will use the Fantasy or the Miracle name for this device or perhaps use yet another label for the smartphone.

In any case, this device is suppose to have hardware features such as a 1 GHz single core Snapdragon processor from Qualcomm, 8 GB of storage, a 720p five megapixel rear camera, and a VGA front facing camera. One of the rumors claims it's supposed to have NFC tag-reading capabilities as well, which is not supposed to be supported in the current version of Windows Phone. It seems likely that this device will be officially revealed later this month at the World Mobile Congress trade show.