Last week, mobile phones returned to Nokia's website, almost three years after the company sold its phone hardware business to Microsoft. The Finnish tech giant also said that it is "busy working on Nokia smartphones running Android", which will launch next year.

But those new smartphones will actually be developed and sold by another company, HMD Global, which is licensing the Nokia brand for use on its devices - although many of the firm's key employees previously worked at Nokia, and some even joined Microsoft after its acquisition. HMD's chief executive, Arto Nummela, is among them, and in an interview with The Economic Times of India this week, he revealed a few insights into the company's plans. 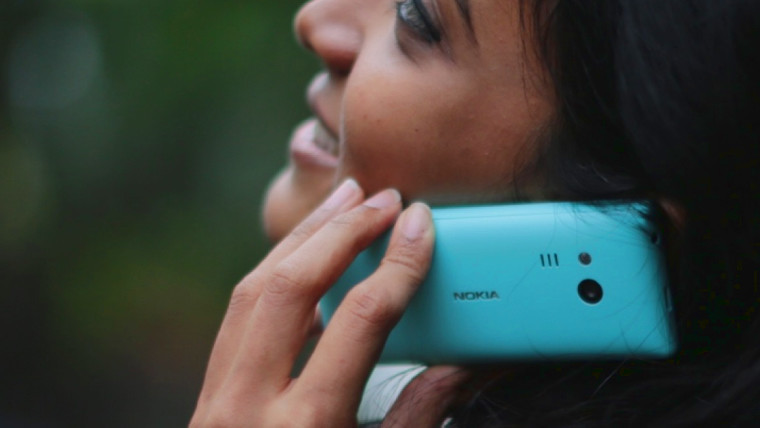 Perhaps the most surprising detail to be revealed was that the first Nokia device to launch under the new company won't be a smartphone at all. "When we were running the feature phone business in the context of Microsoft," Nummela said, "we didn't stop doing anything, so we were creating new products in the pipeline. One of those is now ramping up as we speak, so we will continuously renew our feature phone line up."

"We are starting today with feature phones, the business we're acquiring immediately from Microsoft," he added. "We will start bringing the next generation smartphones in the first half of 2017."

HMD is working with Foxconn for the manufacturing of its devices, developing a partnership that Nokia began with the launch of its N1 Android tablet in 2014. The devices will be built at Foxconn factories in India, as well as a facility in Hanoi that was acquired from Microsoft with its recent sale of the feature phone business.

Nummela emphasized that the new Nokia-branded phone business will operate "globally from day one", but also noted that HMD has identified "key markets" such as India, which are of special importance to the company. "We have no doubt in a market like India, in other markets also, that we're going to be an extremely strong player," he said.

Nummela wouldn't be drawn on any specific details about the new range of Android smartphones that HMD is lining up, but he did paint a picture in broad strokes of how the company is approaching its product mix.

"It will be premium execution in each and every price point," he explained, "and we know how important our mid-to-low price point devices [are] in India, and we are carefully looking at consumers and what they want us to do."

Significantly, Nummela also promised that HMD's smartphones will offer "premium quality [and a] design that people will immediately recognize as Nokia". Of course, that could mean anything, but it raises the intriguing prospect of Android smartphones with a similar look to the colorful Lumia handsets that Nokia developed with Microsoft's Windows Phone operating system.

But Nummela made another important point about how HMD will bring its devices to an increasingly congested smartphone market. "We are going to be extremely competitive in terms of the specifications and price," he explained, "but we're not going to be highlighting the megapixels or gigahertz." It sounds like the new handsets will offer plenty of features, but HMD isn't planning to compete solely on the basis of specs.

HMD president Florian Seiche elaborated further on this, saying the company intends to "distance [itself] from the competition; we can take a human aspect on technology". He added:

We have the brand equity and we want to leverage that to the fullest. Every product, marketing, will be true to the Nokia brand and the foundation of it. Stability, quality, reliability, and then we're bringing in innovation where it matters the most for [the] consumer, and removing the clutter. This will be seen through [the] Nokia line up coming to life again.

Nummela said that HMD is "extremely confident in the line up that we have developed", but acknowledged that the company has "a tough challenge ahead".