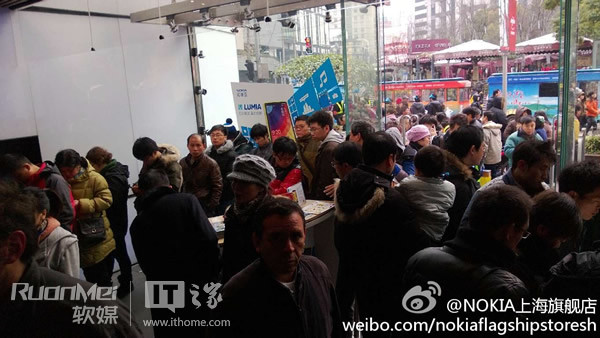 The Nokia Lumia 920 has been sold in the U.S. for several weeks now, and while its carrier AT&T has yet to give any specific sales numbers, there is new cause for optimism for Nokia these days. This weekend, the Lumia 920 went on sale in China, and at least one location saw massive sales.

MyNokiaBlog reports that according to Chinese language websites such as IThome.com, the Nokia store in Shanghai had huge lines outside as people wanted to be one of the first in the country to purchase the Lumia 920. Those same reports claim that the Shanghai store sold out of its initial allotment in just two hours, although its not clear just how many units were in the store.

Part of the reason for these numbers is that some countries in Europe, hit hard by the ongoing recession, have seen its residents move to cheaper smartphones. Nokia has apparently lowered the price of its older Lumia 800 and 610 models and people are apparently buying them in that part of the world, while the iPhone is losing market share due to its higher price tag.