That time has indeed come: Nokia has just unveiled their very first Windows Phone device at Nokia World 2011, under the partnership they entered with Microsoft. It's the Nokia Lumia 800, and it will be available in black, cyan and magenta. 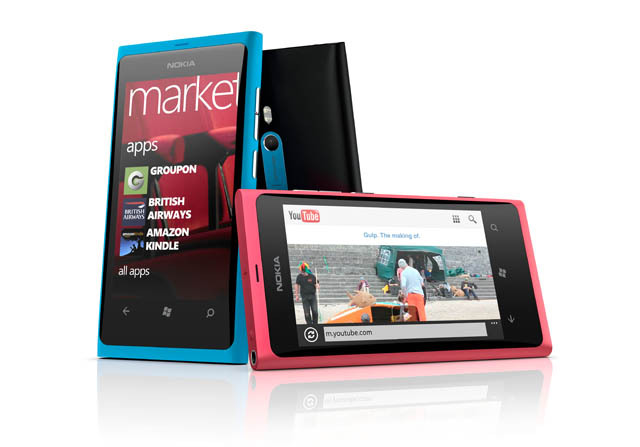 CEO Stephen Elop has boldly stated that the "Lumia is the first real Windows Phone". Below are the known official specifications:

Apart from several Windows Phone 7 features, Nokia has shown off Nokia Drive on the 800, exclusive and for free on their Lumia devices. It offers full voice-guided turn-by-turn navigation in a 3D interface. Nokia Music will also be available for the device, with a feature called Mix Radio which streams music from "mixes" based on genres and styles. Mixes can also be downloaded for offline use for free where there is no network connection. Nokia claims this will "solve the mobile music problem".

Finally, ESPN sports hub will be available for Nokia devices, providing sports scores and teams for different sports provided by ESPN. Nokia is making things pinnable, with leagues and teams being pinnable to the start screen. All the announced services are free and only on Nokia.

Image courtesy of Nokia; thanks to Timan for specification tips via IRC