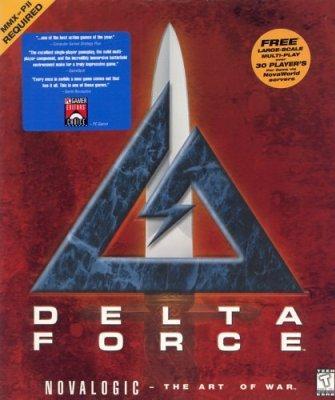 Novalogic, the long time developers and publishers of games in the Delta Force military shooter franchise, has filed a lawsuit against Activision, claiming that the company has violated both its Delta Force trademark and its logo in the recent first person shooter Call of Duty: Modern Warfare 3. Courthouse News has posted up a PDF file of the full lawsuit.

In its lawsuit, Novalogic says that Call of Duty: Modern Warfare 3 contains a number of missions that have been designated as "Delta Force" missions. In addition, the game uses a logo that has some similarities to Novalogic's trademarked Delta Force logo. The lawsuit states:

Novalogic also believes that a previous game in the Call of Duty series, Black Ops, violated Novalogic's trademarks due to one of the game's DLC packs being titled Escalation. Novalogic released a military shooter expansion pack, Join Operations: Escalation, in 2004.

Novalogic claims that it sent a cease and desist letter to Activision in December 2011 which was refused by the company. Novalogic claims it has lost "millions" of dollars as a result of the alleged trademark infringement. Activision has yet to comment on this lawsuit.