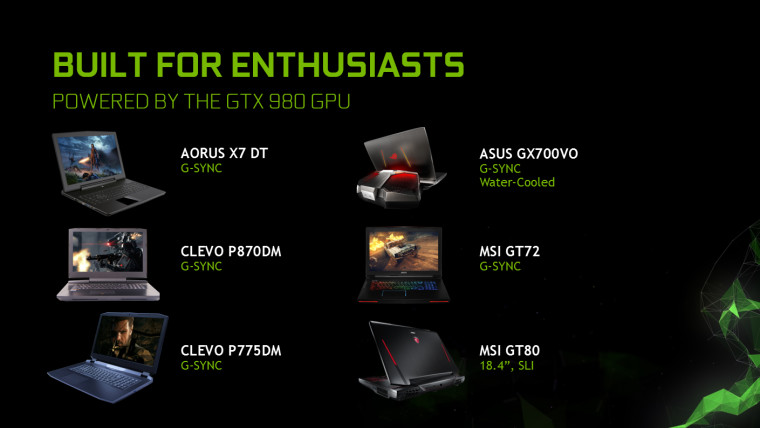 For years, desktops have been unmatched when it comes to CPU and GPU speeds. Although gaming laptops have existed for quite some time, they usually offered a compromised experience due to their efficient and less powerful mobile GPUs. Luckily, it looks as though NVIDIA will now vend laptops that can match the power of a desktop gaming PC. Their newly unveiled generation of laptops will offer a desktop grade GPU in the form of the NVIDIA Geforce GTX 980. 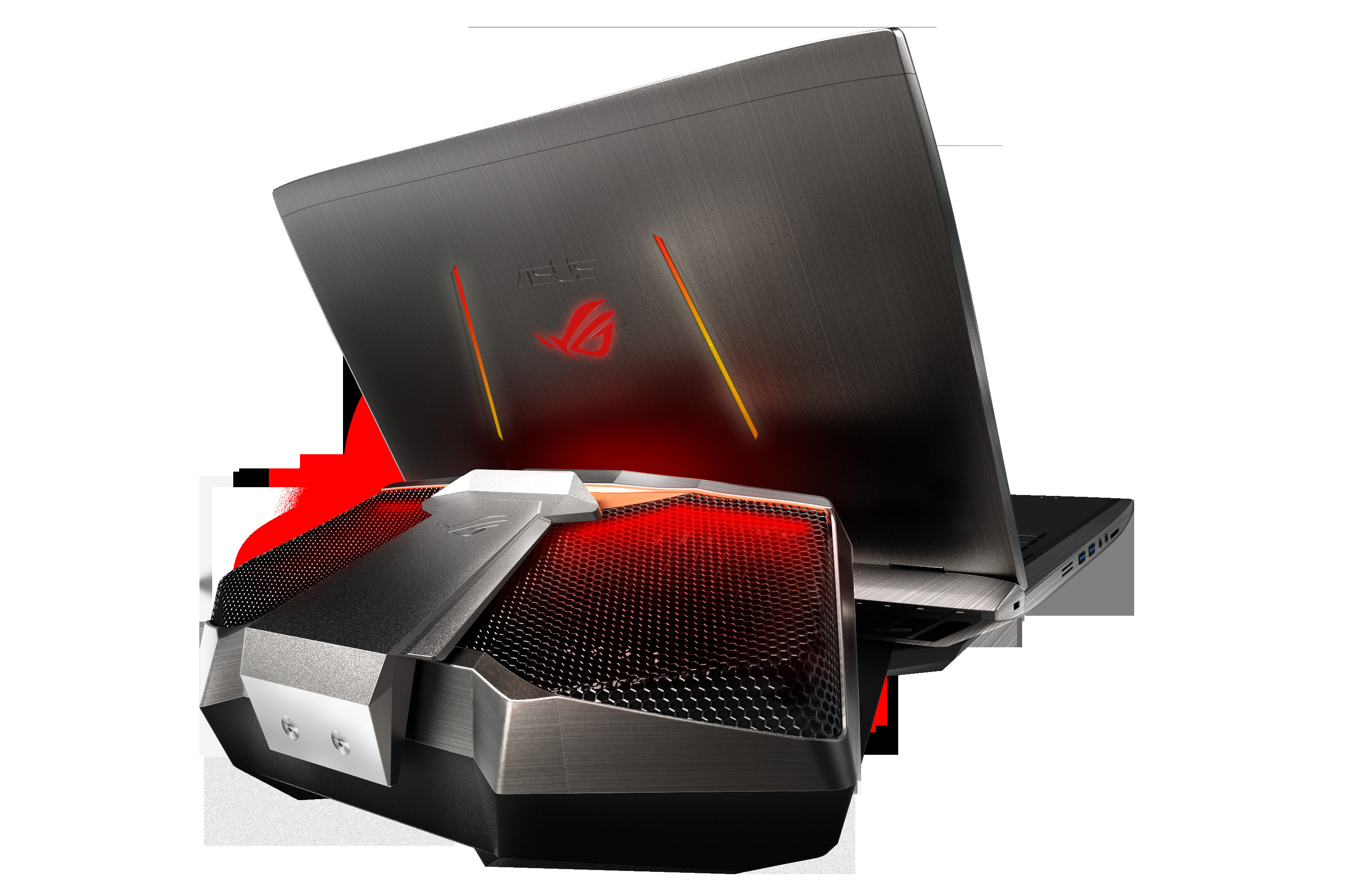 Naturally, the Geforce GTX 980 will only be found in a handful of laptops that will be produced by Aorus, Clevo, ASUS and MSI. The new units will function similar to traditional gaming PCs by allowing the ability to fine tune the unit and overclock for performance increases. Perhaps, the most exciting of the bunch is ASUS' GX700VO. The gaming laptop will offer an external water-cooling accessory that will allow gamers to lower "operating temperatures and raises the bar for overclocking".

NVIDIA did not provide a release date or pricing for the new models, but the units should arrive soon.