As has been the case for a few years now, Lenovo refreshed its lineup of ThinkPad X1 flagships at CES. This news excited me, because the ThinkPad X1 Yoga with an OLED display was my absolute favorite PC of 2017; I even said that it might be the perfect laptop when I reviewed it.

Indeed, the OLED display on that device has spoiled me for other screens, which is why I was upset to see that this year's model doesn't offer an OLED option. Instead, Lenovo is offering Dolby Vision HDR.

So, I did exactly what you'd expect me to do in a situation like this. When it was time to meet with Lenovo, I brought last year's OLED X1 Yoga with me and I put the two machines side-by-side.

Can you guess which one is which? If you guessed that the one on your left is the 2018 model, you'd be correct. You can see that there's less light bleed on the OLED one on the right, but the Dolby Vision screen is brighter.

Nevertheless, I took pictures from multiple angles, and even shot some pictures with my iPhone X, all with the purpose of portraying what I saw as accurately as possible.

The bottom line is that both displays look stunning. Personally, I think that I'd still prefer OLED, although Lenovo told me that the display technology actually uses more battery life, which is why they're not doing it this time around. I don't disagree, as the battery life on the OLED X1 Yoga is not great.

But the team also had a new X1 Yoga there that didn't have Dolby Vision. We can take a look at that as well. In this case, the Dolby Vision model is on the right.

While the change in display technology is probably the most interesting alteration in the new Yogas - it is to me, at least - that's not all that's different. The smallest change is cosmetic. You can see from the top image that the ThinkPad logo has changed a bit, and there's also a new X1 logo.

There's a new mechanical privacy cover for the camera, which Lenovo is including in all of its new ThinkPads. This is something that I appreciate about ThinkPads in general, which is the way that it fixes those small annoyances. For example, when you fold the display back on an X1 Yoga, the keys retract into the device, so you don't get that little annoyance of the keys being in your way.

Some people put tape over their webcam for additional privacy, and that's one of those little problems that's solved here.

In the left image, you can see a little switch that closes the camera opening. In the right image, it's not there, because this is actually an optional feature, which is the one thing that disappoints me about it. The other option is an IR camera, which is used for Windows Hello facial recognition. You actually have to choose between privacy and convenience.

The fingerprint sensor is now a bit smaller than it was on last year's model. That's all there is to say about that.

There's also a new "world-facing camera". In my opinion, the placement of the camera is smart, as it works when the device is in tablet or tent mode. There's still no camera on the rear side of the display, as it would be pointless when using it as a laptop.

Lenovo's line of ThinkPads is something that I always get excited about. I find the company's keyboards very comfortable to type on - a feature that is most important when writing articles - and the features always just seem well thought-out. As usual, I'll be looking forward to reviewing this one.

Lenovo's new ThinkPad X1 Yoga will be available beginning this month, starting at $1,889. 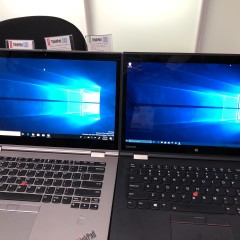 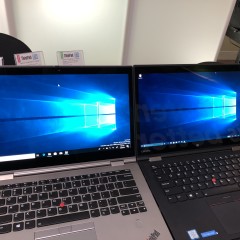 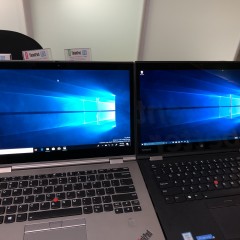 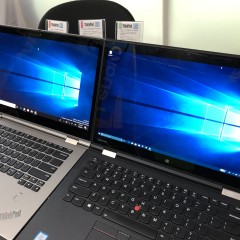 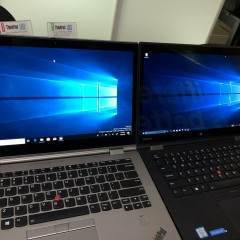 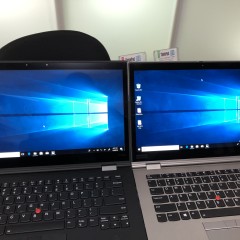 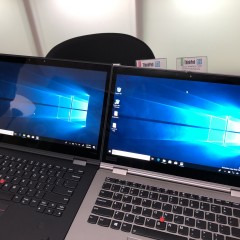 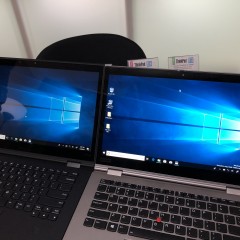 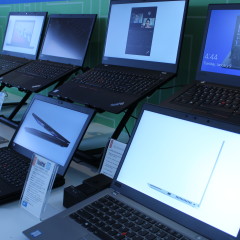 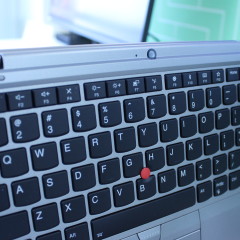 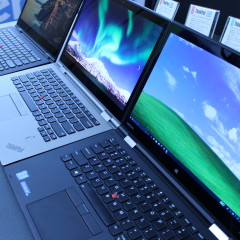 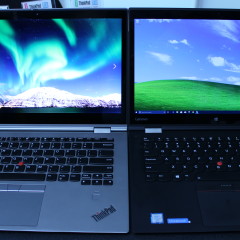 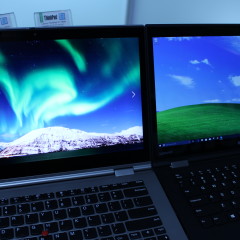 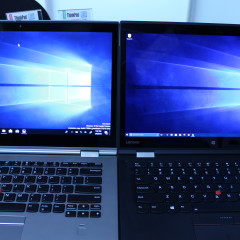 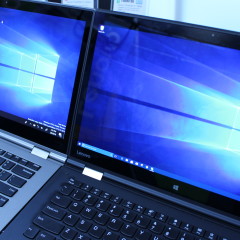 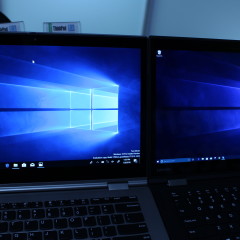 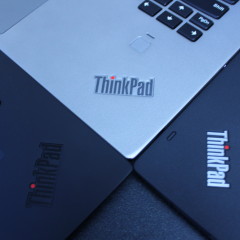 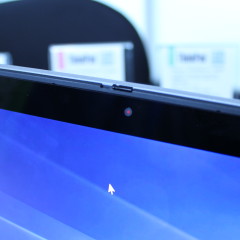 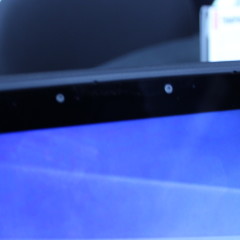 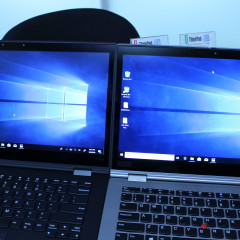 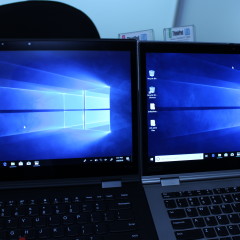 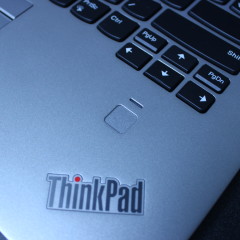 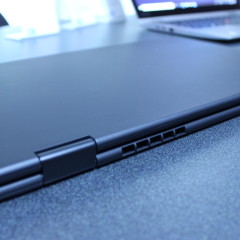