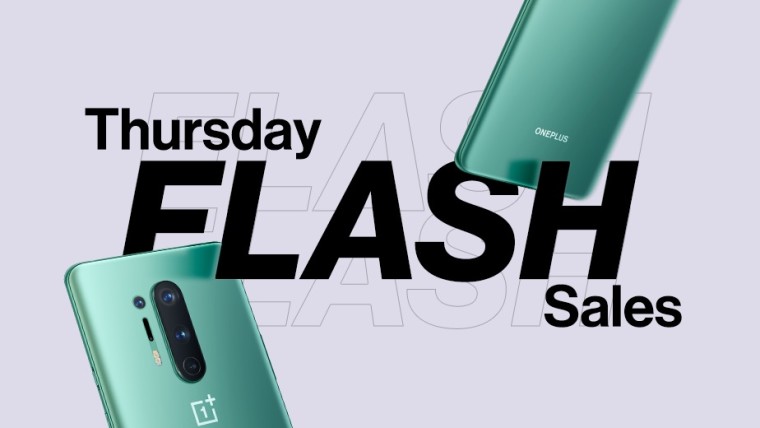 The OnePlus 8 series launched in the first half of April, but almost 1.5 months after its release, it continues to be in short supply. The company claims that demand for the OnePlus 8 Pro "has been off the charts" and its initial stock for the device "had been rapidly exhausted." This has led to a supply-demand imbalance in the EU.

Due to some supply-chain constraints and the lead time of certain components, OnePlus has been unable to supply enough OnePlus 8 Pro units to all markets in the EU. This will likely resolve in the coming weeks, but for now, the company has decided to start a limited stock sale of the device every week. The company claims that it will have a week's worth of OnePlus 8 Pro production units shipped to its warehouses in Europe and then put them up for sale on a specified day thereby giving everyone a fair chance to get the device. The company would be hosting flash sales of the 12GB/256GB variant OnePlus 8 Pro in Glacial Green color in all European markets every Thursday at 10 AM UK time (11 AM central Europe).

This is an interim solution from the company as it works hard to ramp up production of the device. The Ultramarine Blue color of the OnePlus 8 Pro is a limited edition variant and it would be a part of the first flash sale that will take place on May 28th.

In India, where the OnePlus 8 series was going to launch on May 29th, OnePlus has had to reschedule the launch. The company makes OnePlus 8 units for the Indian market at a factory in Ghaziabad where production was halted last week after a worker tested positive for coronavirus. While production has resumed now, it is unclear when the devices would go on sale. OnePlus promises to provide details of the new sales schedule soon.