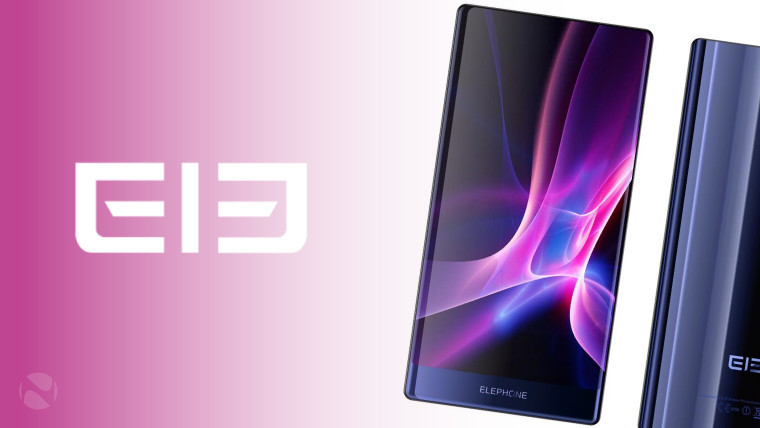 Elephone's introduction and renders of the Elephone S8 smartphone were warmly received late last year as the company announced they'll be joining the likes of Xiaomi in developing a smartphone without bezels - save for the one at the bottom. A photograph has leaked which reportedly features the "triple bezel-less" Elephone S8 and it's actually not that bad.

It's worth noting that the device looks quite different from the original renders and features a prominent home button on the front with a volume rocker and power button to the right of the phone. The right display bezel also appears to be thinner than the one on the left indicating that some photo editing may have taken place. If anything, this device looks like a Xiaomi Mi Note 2 with the top cut off rather than what Elephone initially revealed.

The Elephone S8 is expected to feature the deca-core MediaTek Helio X27 SoC and come in a 4GB RAM / 128GB storage configuration. The display is rumored to be anywhere between 5.5-inches to 6-inches, with the latter being the more likely. The phone will feature dual rear-cameras and, if this photo is an accurate representation of the device, then it should feature a fingerprint reader integrated into the home button in the same vein as the Elephone S7.

Further information about the Elephone S8 should continue to come out over the next several months as Elephone continues to develop the device.